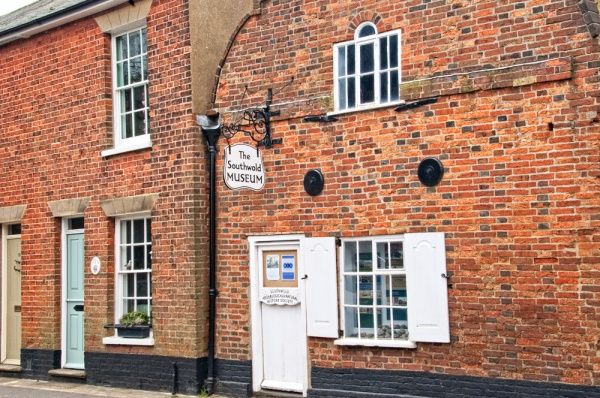 Southwold’s unique cottage museum is dedicated to the local and natural history of this corner of Suffolk. Owned and managed by the Southwold Museum & Historical Society, this tiny building houses an astonishing collection of objects, paintings, photographs, models and wildlife exhibits.

The whole span of history is here, from fossil remains through the Viking occupation, sea battles, the development of the town’s architecture, its industries and artistic life, the rise and fall of its railway, its famous land-locked lighthouse, its ever-changing coastline… to the 20th century transformation of this busy fishing community into a prosperous seaside resort.

Southwold Museum underwent a major structural refit in 2006-2008, funded by the Heritage Lottery Fund, with generous support from various local donors. Further significant work was undertaken in 2014-2016, funded entirely by local trusts and private donors. Every year since then we have made further improvements to the displays and have undertaken various community projects to explore our local history.

The Museum won a Special Award in 2015 for its family-friendly displays, and the award of Suffolk Museum of the Year in 2016. It is now recognised as one of the most exciting small museums in Britain.

Admission
Admission is free! However, it costs at least £3.00 per visitor to maintain the museum so we rely on the generosity of our visitors. There is a donation box at the steward’s desk.

The museum’s normal opening times are:
2pm – 4pm from 1st April to the end of October.

From the A12 : Signposted to Aldeburgh.

From Saxmundham station it is 9 miles to The Aldeburgh Museum.