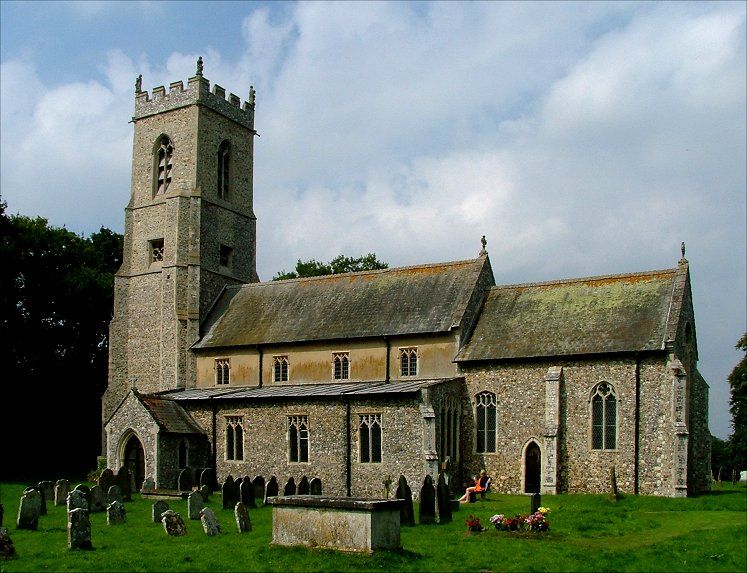 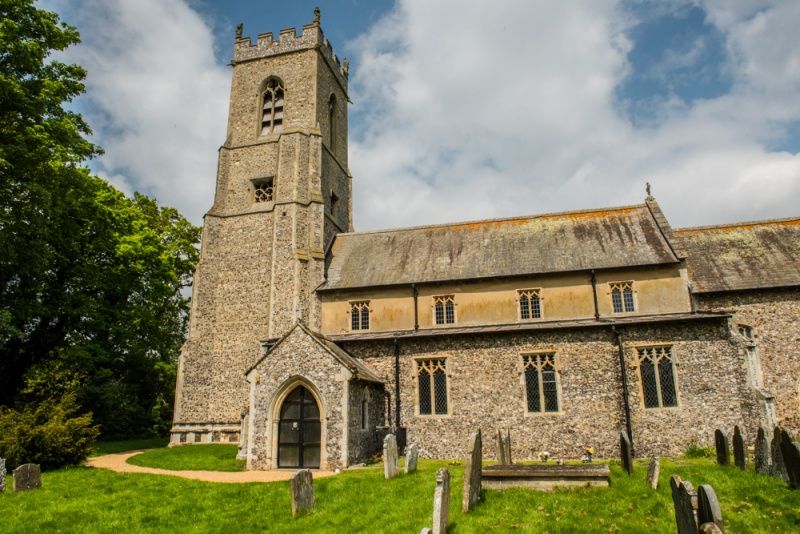 The attractive parish church of St Benedict stands beside the River Bure and dates to the 13th century.

The church’s dedication tells something of its origins. It originally belonged to St Benet’s Abbey a few miles distant (Benet is an abbreviated form of Benedict). The abbey was founded around AD 1020 for Benedictine monks. It was one of the most important monastic houses in England and the only one to be spared during Henry VIII’s Dissolution of the Monasteries.

Though the abbey site is now in ruins, the Vicar of St Benedict’s church in Horning is still officially the Prior of St Benet’s. Each year the Bishop of Norwich joins the vicar in an outdoor service at the site of the abbey church.

In the south aisle is a banner bearing the arms of the Bishop of Norwich and the Bishop/Abbot of St Benet’s Abbey on one side, and the Abbot’s arms on the other. The banner is carried in a special wherry up the River Bure to the Abbey site on the first Sunday in August.