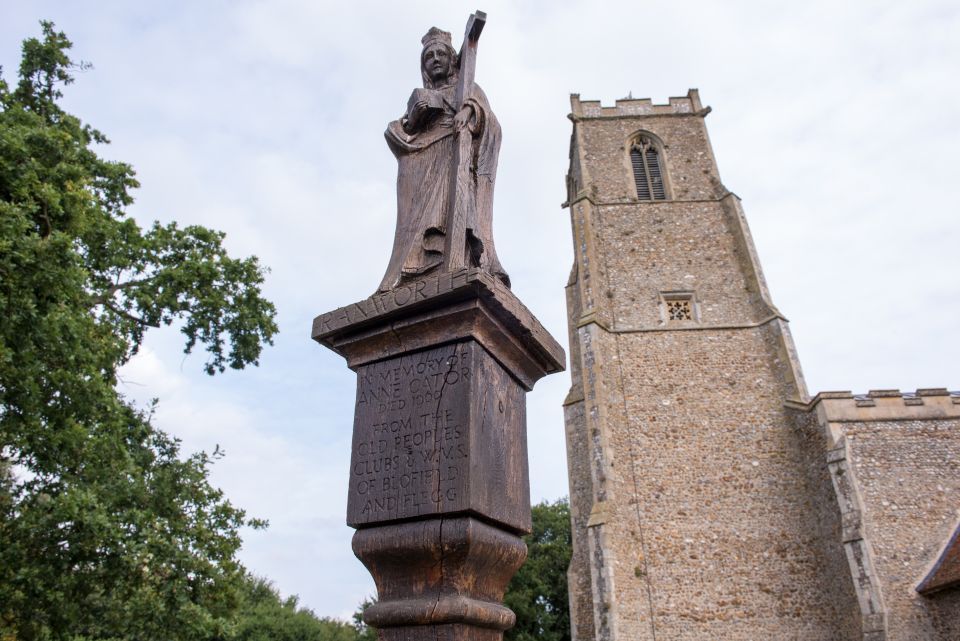 Time-travel back 500 years to experience the sights and sounds of medieval church goers. Learn about 15th century artists, like those who painted the famous Ranworth rood screen, and hear singers from Oxford University as they recreate a medieval service originally sung in Ranworth church by monks.

St Helen’s, sometimes called the ‘Cathedral of the Broads’, was completed in its present form by about 1450 on the site of a previous church. Furnished by prosperous wool merchants, its walls were painted with biblical stories, its windows were rich in stained glass and a great cross was suspended above an elaborate rood screen. Many of the church’s medieval treasures were damaged or destroyed during the Reformation, although a surprising amount survived. The building then fell into a long period of decline and disrepair. Only in the late 1890s was the church restored thanks to local appeals for funds. Much of the original rood screen with its medieval painting survives and is one of the finest screens in England. The back of the screen is painted with stylized white roses, probably the white rose of York and we use one of these as the emblem for our Group of Parishes. The church also has a 15th century illuminated manuscript, the Ranworth antiphoner kept in a steel case and on view to visitors.
Behind the church in the old coach house is the visitor’s centre and tea rooms.