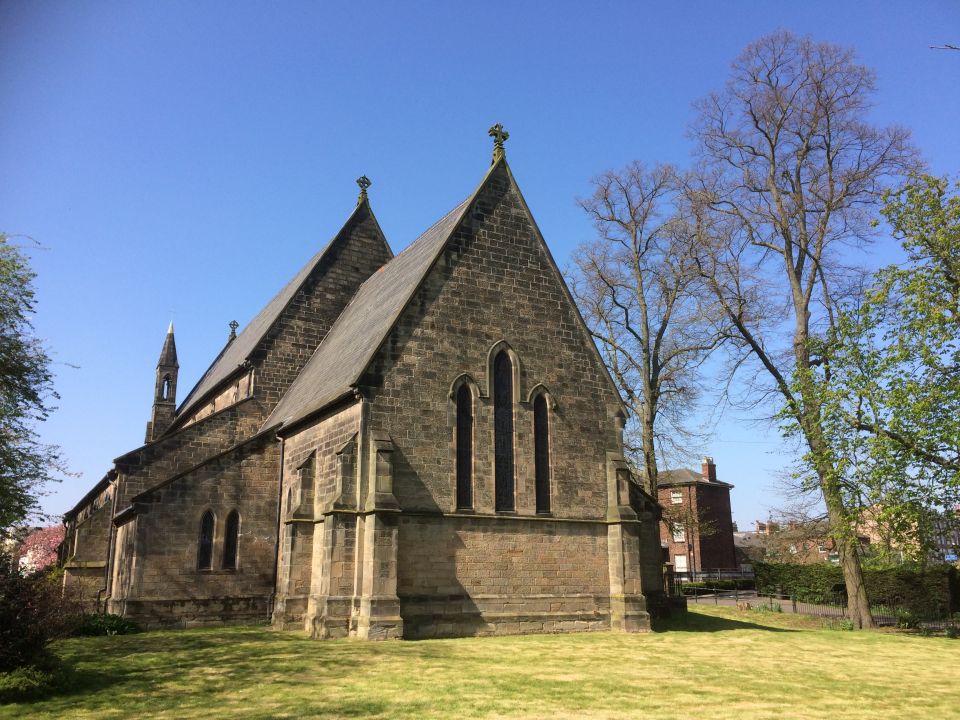 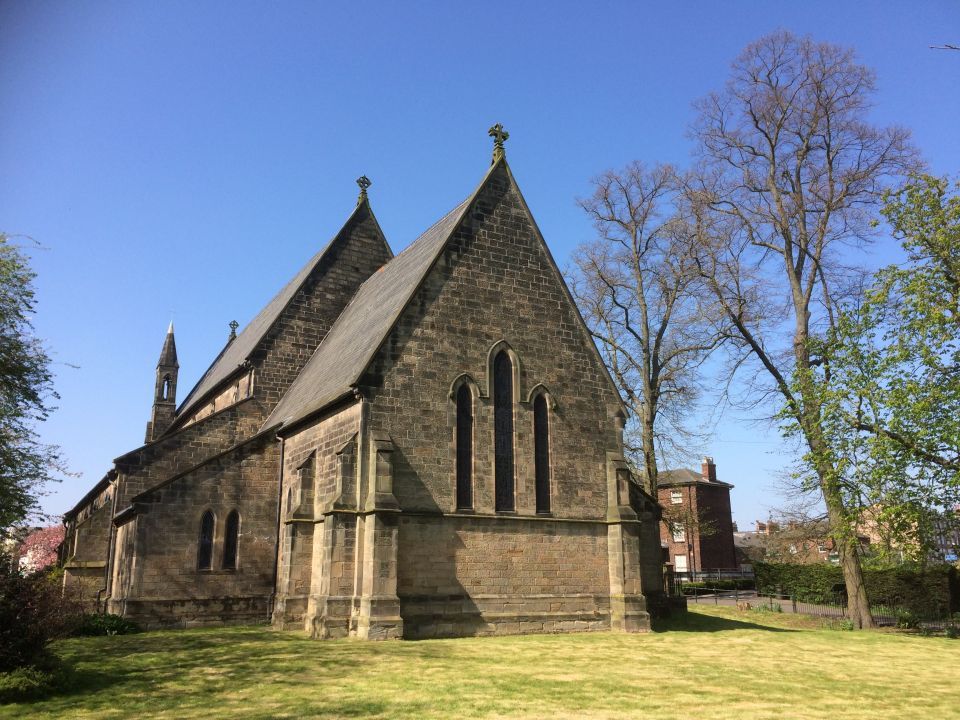 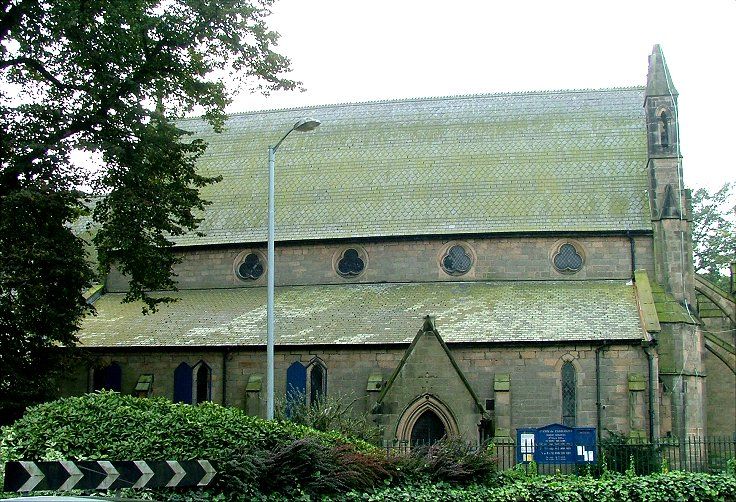 Welcome to St. John’s. We are an Anglican church in the heart of King’s Lynn, Norfolk.

Victorian church built in 1846 and designed by Anthony Salvin.

St John is unusual for being set in a public park, albeit on the edge of it, and will be familar to anyone who has enjoyed the torments of the Kings Lynn one-way system. The Red Mount chapel stands on a mound just to the east. The work is entirely that of Anthony Salvin in the 1840s. He was generally busy around here at this time, rebuilding North Wooton and refurbishing Castle Rising, and St John was commissioned at a cost of £6,100 aided by the second parliamentary grant, about £1,200,000 today. Unusually for a Commissioners church in East Anglia, it is built out of stone, and the balance was paid for by the Gurney family.

The style is Early English – or the exterior, at least. We called at the adjacent Rectory because we wanted to see inside, but a very nice man said that everyone had gone to Norwich for the day, and he had no idea on earth where the key to the church was. I’m determined to go back, because the windows are by William Wailes, and were commissioned by Salvin for the church at its inception, so this will have to do as an entry for now.

Pevsner records that the consecration of the church emphasised the role of the church in providing free Anglican seats for the poor, in competition with the Catholic and non-conformist chapels of the town; Mr Gurney told the assembled company that it is a poor man’s church. The subscribers emphatically intended it to be such. Today, it is the main low church presence in the town centre.