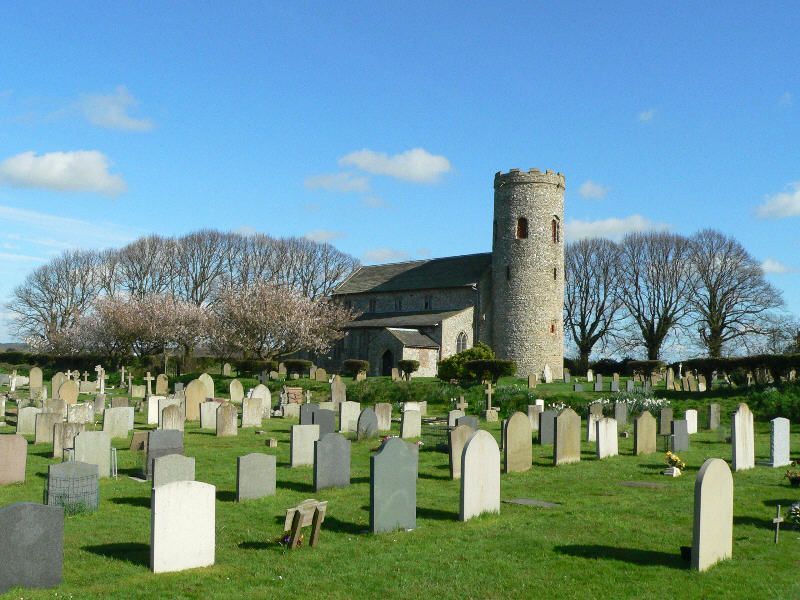 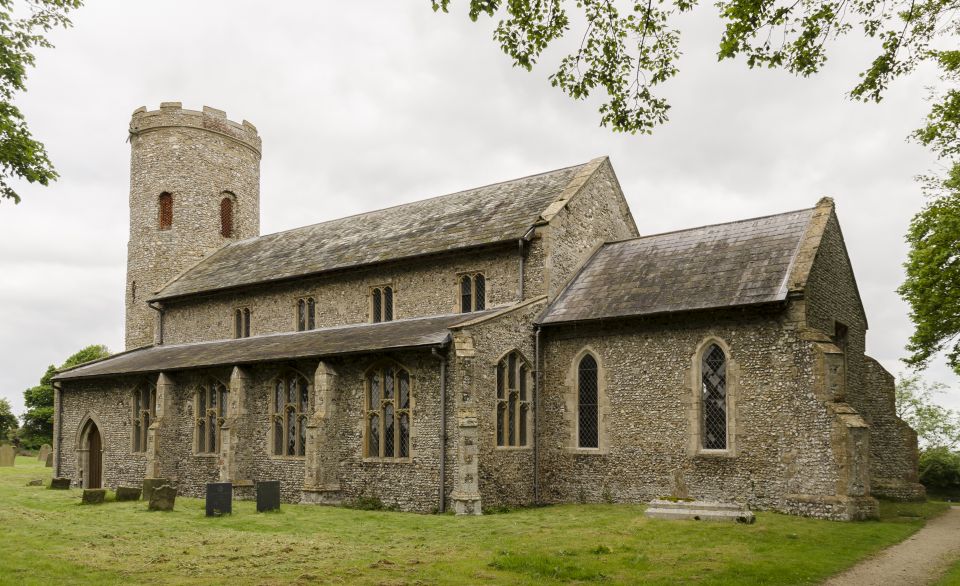 The Saxon round tower was built at the end of the first millennium, the church developed through the 13th century, with later improvements in the 15th. It has a commanding view of the sea, three miles to the north, and of the intervening salt marshes.

t Margaret’s stands within its own burial ground. A notable grave (WSW of the tower) is that of the sea captain Richard Woodget, particularly famous for his time as master of the clipper, Cutty Sark. (Click here for his Wikipedia entry.) To the west of the churchyard is the church’s car park (opened for services only). The burial ground beyond the north bank of the churchyard is for the rest of Burnham Market.

The interior of the church is light and tranquil. There is a fine Norman font and a 1450 wine glass pulpit (not used). The chancel screen dates from the same period. In Victorian times the nave seating was screened and the pews have since had heating installed. The only stained glass, at the east end, is art deco and commemorates two St Margarets: of Antioch and of Scotland. The small organ is by Roger Pulham and was installed in the 1980s. The interior of the church was plastered and lime washed in 2004 leaving some medieval tracings and pictures of saints exposed.

The two parishes of Norton and Westgate were amalgamated in 2011 so that they might be mutually supporting, especially in the ability to fill the various roles (churchwardens, secretary, etc) that are required to keep a church open.

The Carmelite Friary
The friary was founded in 1241, thought to be the first established in Norfolk occupying land between the gatehouse (well preserved ruins in upper Norton) and the River Burn. The house flourished with subsequent enlargements and at its suppression in 1538 it owned 68 acres of land.