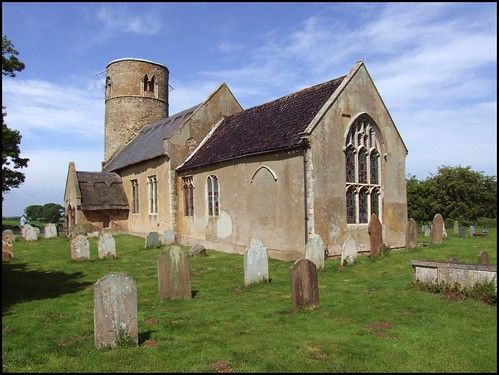 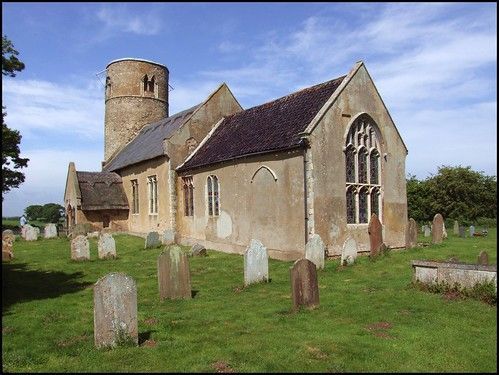 The Church of St Margaret, Herringfleet is one of six churches which make up the Somerleyton Benefice.

The lower part of the tower is the oldest part of the building, dating from about 980A.D. Originally watch towers were needed for warning especially about invaders, but Vikings brought Christianity with them. The original church would have been a Saxon wooden building to the east of the tower, and a stone chapel replaced this in about 1080A.D. at the same time as the upper part of the tower was built. Domesday does not mention a church here. The chapel became the chancel in the 13th Century when the nave was built to join this to the tower. It may be that the dedication to St Margaret dates from this time as Crusaders showed great interest in the Eastern martyrs. St Margaret became a Christian in 4th Century Antioch. She was imprisoned and tortured for her reluctance to give up her faith to marry the Prefect Olybrius, and her faith was so strong that she fought off the devil who consumed her in a dream. Her determination and strength won many over to the church, but Olybrius ordered her to be beheaded. On her way to her execution she prayed for help to be given to women in childbirth and she became the patron saint of women in labour.

The nave was roofed with thatch and the chancel with tile. A new brick parapet was built on the tower in the 16th Century .The further enhancement of the church continued in the 19th century when Henry Leathes returned from the Napoleonic wars with coloured glass from a collection in Cologne dating from the 14th and the 18th century. The East window is a kaleidoscope of different scenes representing many saints , ecclesiastical events and European churches and churchmen. We hope the glowing colours will be maintained as the painted glass does not have such a good lifespan as pigmented glass. In the 1860’s the church was gifted a carved stone font and an organ.

Maintaining a church building requires considerable effort , not least when the chancel roof collapsed in 2011, fortunately with no injury to anyone, but a great deal of work required to replace and refurbish.

The church has recently undergone a major restoration funded by a grant from the Heritage Lottery Fund.

Works included renewing the thatched roof, remedial building works to the east end, a complete rewire of the building, and the installation of under pew heating. In addition a panel of the east window was removed for repair, and a second panel is soon to be removed for similar treatment.