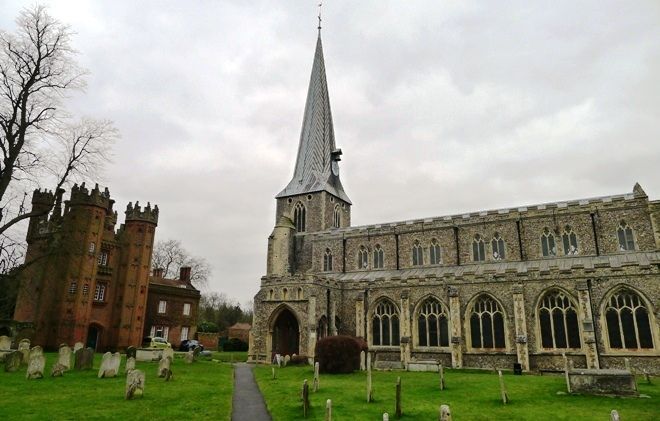 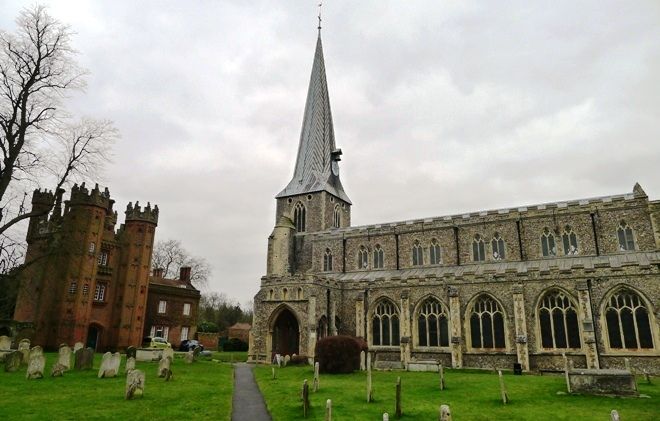 As a one-time ‘ARCHIEPISCOPAL PECULIAR’ directly under the jurisdiction of the archbishop of Canterbury and not the local bishop (991-1838), Hadleigh has been at the forefront of church reform.

St Mary’s church’s earliest parts date from medieval times. It has a late 13th-century or early 14th-century tower and late 14th-century aisles. The church was almost wholly reworked in the 15th century, when the arcades were rebuilt, and the clerestory, south porch and northeast vestry added. At this time also the whole building, except for the tower, was re-fenestrated. In the 19th century and early 20th century the church was extensively restored.

The church is constructed of flint rubble with stone dressings and has leaded roofs and spire. It has an aisled nave and chancel, a western tower, a south porch and a two-storey north vestry. On 26 April 1950 the church was designated a Grade1 listed building. The principal reasons for which were:

A large and imposing church, very characteristic of East Anglican approaches.
Architectural quality of the later medieval fabric.
Interesting fittings include a good font, screens and memorial brass.
The last major restoration took place in the 1800’s. Recent modifications are the addition of wheelchair toilet facilities, having fitted access ramps wherever needed thoughout the building over the past few years.

In the 1550’s Reverand Dr Rowland Taylor and his curate Richard Yeomans were martyred for their beliefs.
In 1604-1611 John Overall and John Bois who both attended school in Hadleigh, later became translators of the King James Authorized Version of the Bible.
In 1833 the Hadleigh Conference gave birth to the Oxford Movement.