St Mary’s Church Holme Next to the Sea 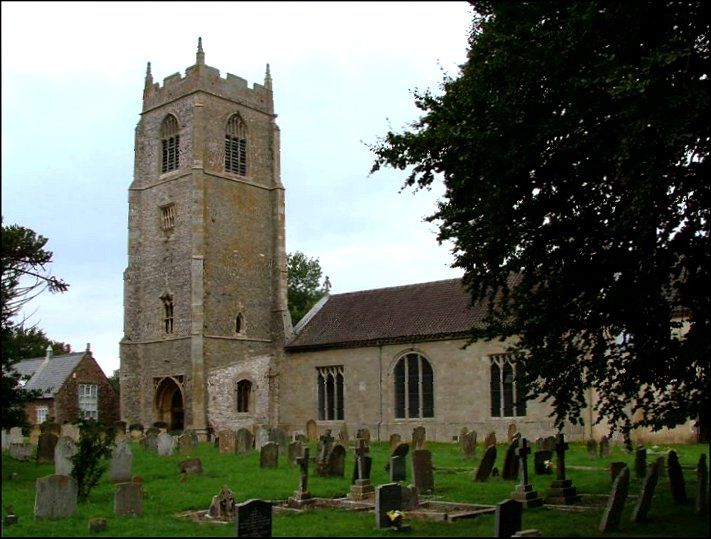 St Mary, Holme-next-the-Sea
The casual visitor, having seen the fine fifteenth century tower from the coast road and deciding to investigate, may be surprised at the simplicity of the interior of the church at Holme-next-the-Sea.

Early History
The first mention of a church in Holme-next-the-Sea is in 1188 but nothing is known of this building and it was not until the first half of the fifteenth century that the story of the present church began. Henry Notingham, who was a Judge of Assize in the reign of Henry IV (1399-1413) and a member of the council of the Duchy of Lancaster, was responsible for the building of the tower and the original chancel of a church which had a north and a south aisle and a longer nave than the present one.

St. Mary’s, Holme-next-the-SeaReconstruction in 1888
It seems that over the centuries, the cost of maintaining Such a large building was more than the parish could bear and it evidently fell into disrepair. At a Vestry meeting on the 8th September 1887 it was decided to demolish the remains of the nave and the whole of the north and south aisles and build a smaller church. In the following year the nave, without aisles, was rebuilt and the chancel extensively repaired using materials from the walls and windows of the old north and south aisles. The east window was constructed at this time.