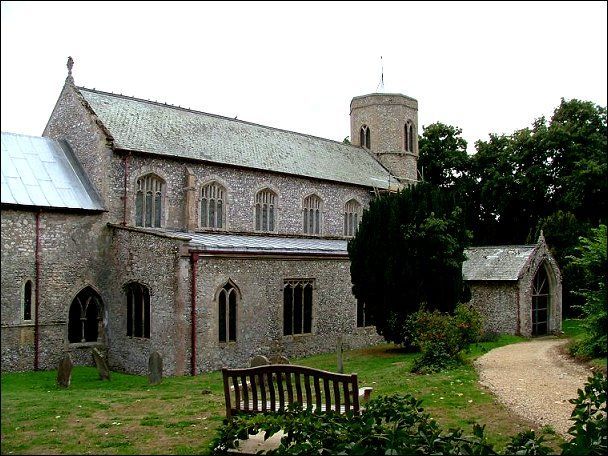 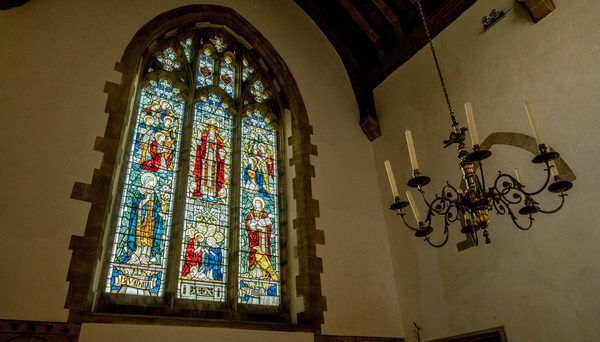 There has been a church on this site for over 900 years. In 1205 the church was appropriated to Norwich Cathedral Priory. It is during the Priory’s period of responsibility that the church was eventually rebuilt from circa 1300.

The church is of great architectural significance and is Grade 1 listed having many medieval wall paintings, which we are hoping to stabilise and refurbish.

Here is the largest of the 124 Round Tower Churches still standing in Norfolk. In its heyday it would have been even larger as the chancel was shortened in 1770. Successive Bishops of Elmham, Thetford and Norwich had an estate here, and the Church belonged to the Priory of Norwich from the late 13C until the Dissolution of the Monasteries. This episcopal connection might have led to building a larger than average Parish Church. Although a Saxon burial ground has been found less than half a mile to the east, this Church was built in the 13C with chancel, nave and tower, but also with aisles. Inside the arches match on both sides, and extend right to the end wails (i.e. they were built at the same time and not inserted into an earlier wall). It seems the transepts were added early in the 14C. The first aisles were likely to have been narrower than now, then in the late 14C they were widened to enlarge the Church, and the porches were added. These wider aisles are unusual in that they extend westwards to enclose the tower. They still have their 14C windows with Decorated tracery. The south transept is still in situ, but the north one was demolished probably in the 15C. It is thought to have projected further north than the present north-east corner, but also further east, overlapping the west end of the chancel. There have obviously been changes around the north-east corner, and the attractive ogee-arched window looking north may have been re-used from the transept. The window at the west end of the north chancel is thought to have originally been an unglazed opening from the chancel into the transept. The south transept east wall partly covers the frame of the south-west chancel window, indicating that the transept was built later than the chancel. Likewise, on its west side, the transept window frame is partly covered by the south aisle, a later addition there. The south window is restored 15C, but on either side the transept has 14C windows, two of them with ogee arches.