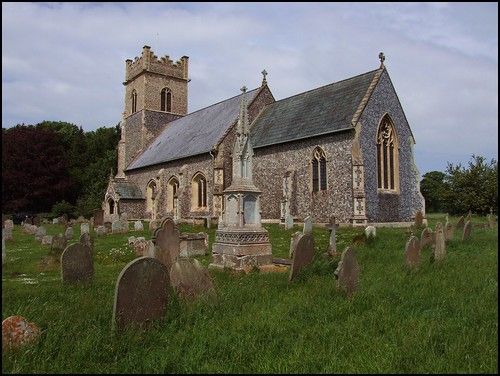 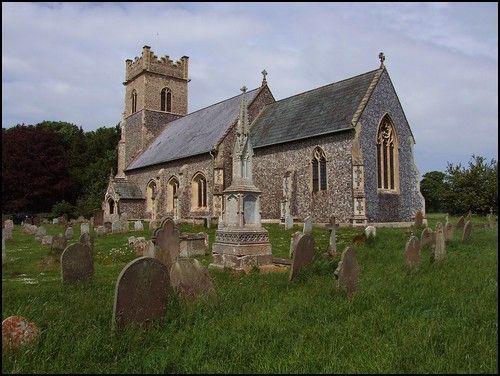 St Mary’s, Somerleyton is one of six churches which make up the Somerleyton Benefice. It is a listed Grade II building situated a mile from the village. Originally built in the 15th Century and extensively renovated in 1854, it contains many historical features, including a beautifully preserved 15th Century screen, one of the most remarkable in East Anglia. The Font is also 15th Century with a Jacobean cover added in the 17th Century.

Of the stained glass windows, two in the North Nave are 14th century Flemish, originally taken from St. Olaves Priory. On the same side is the St Francis window in memory of Frank Crossley, Second Baron and Lord of the Manor. The east window, depicting the crucifixion, was donated by Reverend Charles John Steward in memory of his wife in 1887. There are also three beautiful windows on the South Nave donated by the Somerleyton family.

The bell tower contains six bells, three of which were cast in Norwich in the 15th Century, the others being added in the 18th and 19th century. The Church is open every day from April to November.

Open every day from April to November.