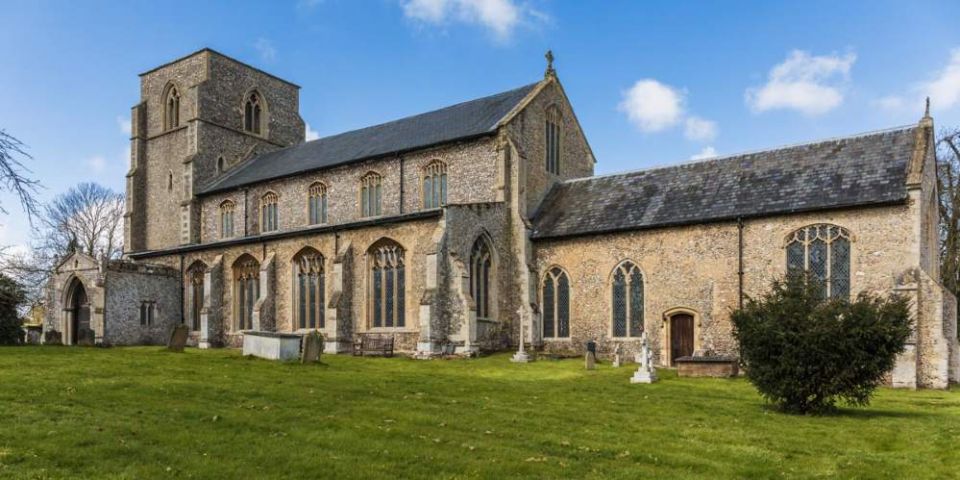 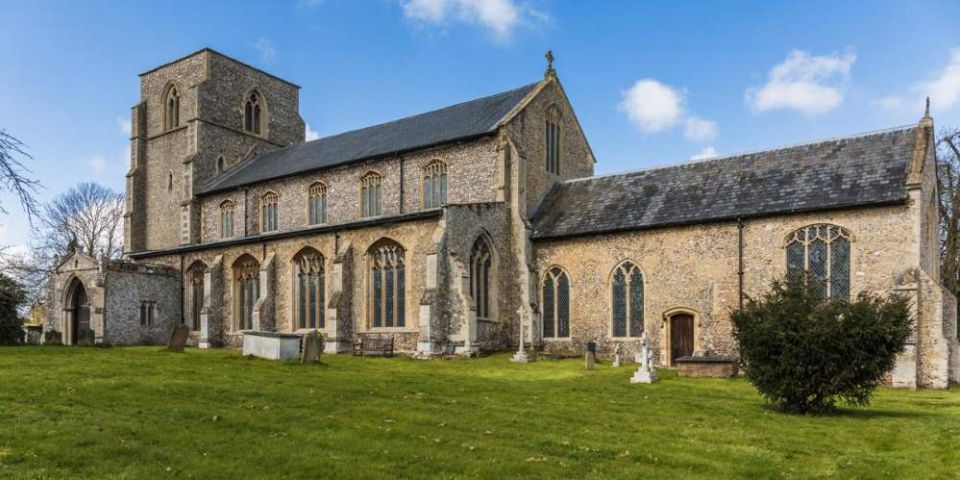 The website for the Church of Our Lady St Mary in the Norfolk village of South Creake proudly calls the church ‘one of the most beautiful mediaeval country churches in Norfolk’. While the parishioners could be forgiven for indulging in civic pride, in this case the praise is completely merited; St Mary’s is a medieval jewel, one of the most enjoyable country churches in a county that specialises in beautiful historic churches.

St Marys seems much too large for a lovely little village like South Creake, but its a reminder of just how prosperous East Anglia was during the medieval period, a wealth built on the wool industry.

It certainly must have been a prosperous place in the early 15th century, when news filtered back to England of Henry V’s victory over the French at the Battle of Agincourt. The parishioners of South Creake decided to commemorate the English victory by raising a new nave roof for St Mary’s church (though they waited until around 1450 to do so). The result is the superb single hammerbeam roof we see today, decorated with magnificently carved figures of painted angels.

Carved angel, South Creake roof
Carved and painted
angel figure
History
William de Beaufoe came to England as the chaplain to William the Conqueror. After the Duke’s success at the Battle of Hastings he granted Beaufoe lands in East Anglia, including South Creake. The Beaufoe family built a simple timber structure to serve as a private chapel, beside their manor in South Creake. Around 1181 a descendent of William’s named Ralph de Beaufoe granted the chapel to Castle Acre Priory. In the early 14th century, the monks of Castle Acre rebuilt the wooden church in stone.

The nave, aisles and rather stumpy west tower date to the middle of the 14th century. It is possible that the tower was intended to be taller, and topped with a parapet; if so, it was never completed, perhaps because of the upheavals of the Black Death.

King Charles the Martyr
King Charles the Martyr
St Mary’s is very much in the Anglo-Catholic tradition; many of the country churches in this area of rural Norfolk made a conscious effort to appeal to pilgrims on their way to the Shrine of Our Lady at Little Walsingham three miles away, and South Creake followed this trend, with elements of worship and interior decoration that had more in common with Catholic worship than with the English Reformation.

The most obvious remnants of this tradition are painted Victorian statues that illustrate the Stations of the Cross. Of these the most interesting from the standpoint of social history is a statue of King Charles the Martyr (Charles I), which represents the unfortunate Stuart king as a rather unlikely saintly figure in a long, golden robe.

Equally impressive – and larger – is a painted Victorian rood statue, designed by Arthur Blomfield, brought to South Creake from the redundant church of St Mary in Colchester, Essex.

The font is in a traditional Seven Sacrament style once common in East Anglia. Here the panels are very worn and have suffered at the hands of iconoclasts in the Reformation. There are small fragments of medieval glass and a lovely 15th-century wineglass pulpit.

The overall effect is a delightful church, full of historic interest. The woodwork is superb, the carved angels (most, though not all, are original 15th-century work), the pulpit, wooden screen, and font all add up to create one of the most satisfying country churches in north Norfolk.