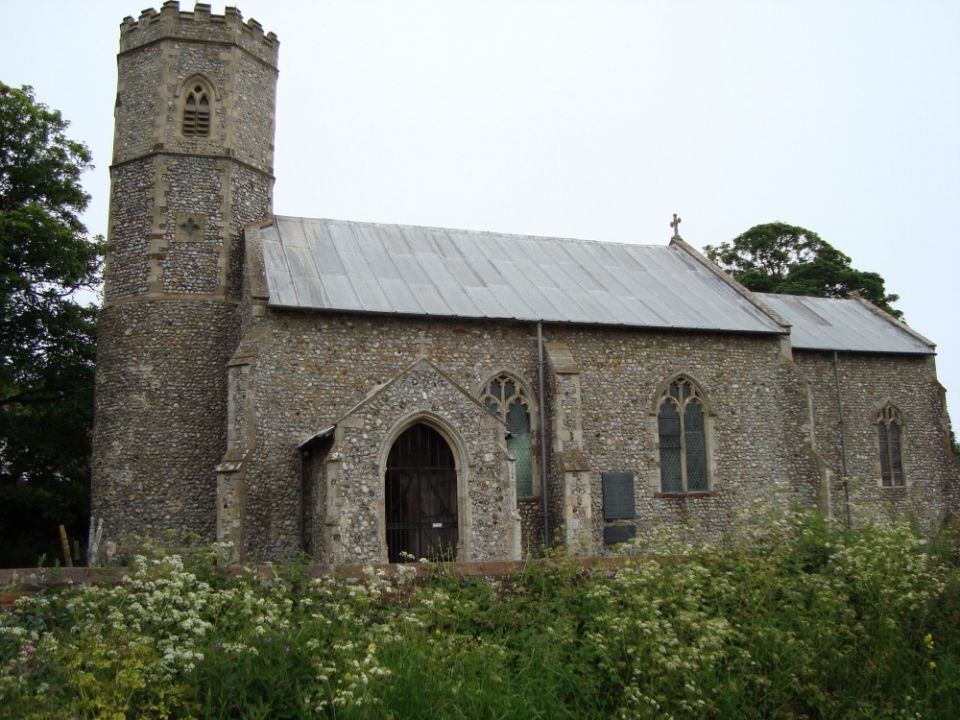 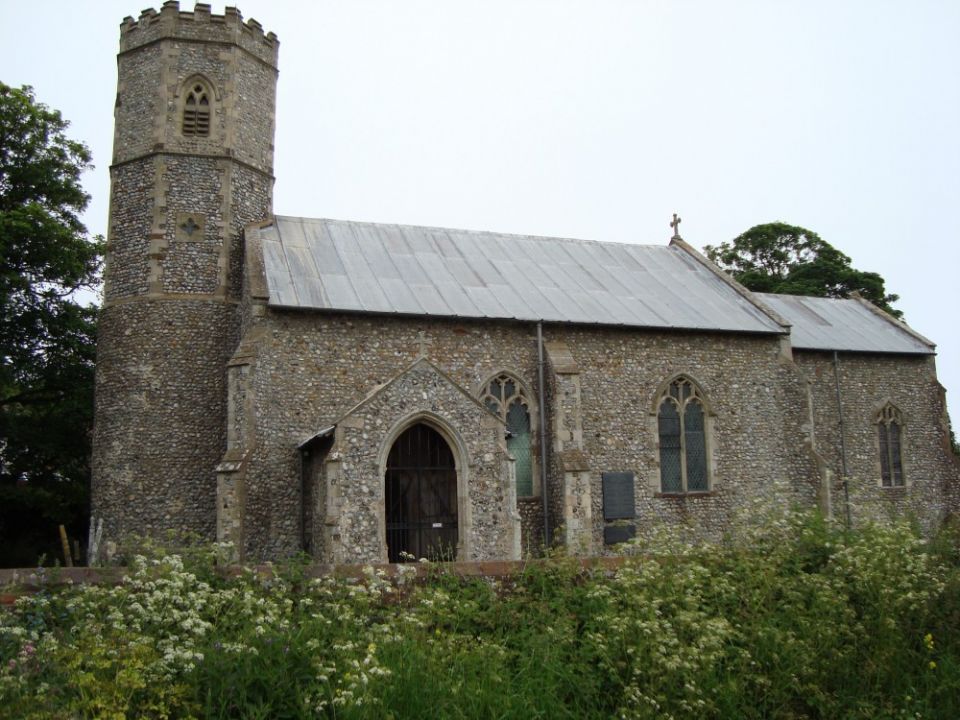 Most of the south porch is derived from the original, as well as a perpendicular style (1350-1539) chancel arch and a 15th century cross in the nave east wall. The tower is apparently to the original design, octagonal and embattled. Inside, there is Jacobean panelling in the chancel and pulpit, and an organ case dating to around 1800.

Old St Michael’s church was demolished in 1880 because it was threatened by coastal erosion. Only the tower was left standing but collapsed over the cliff in 1916. A new church (NHER 6803) was built further inland in 1880 and many of the architectural features of the old church were used in the construction.