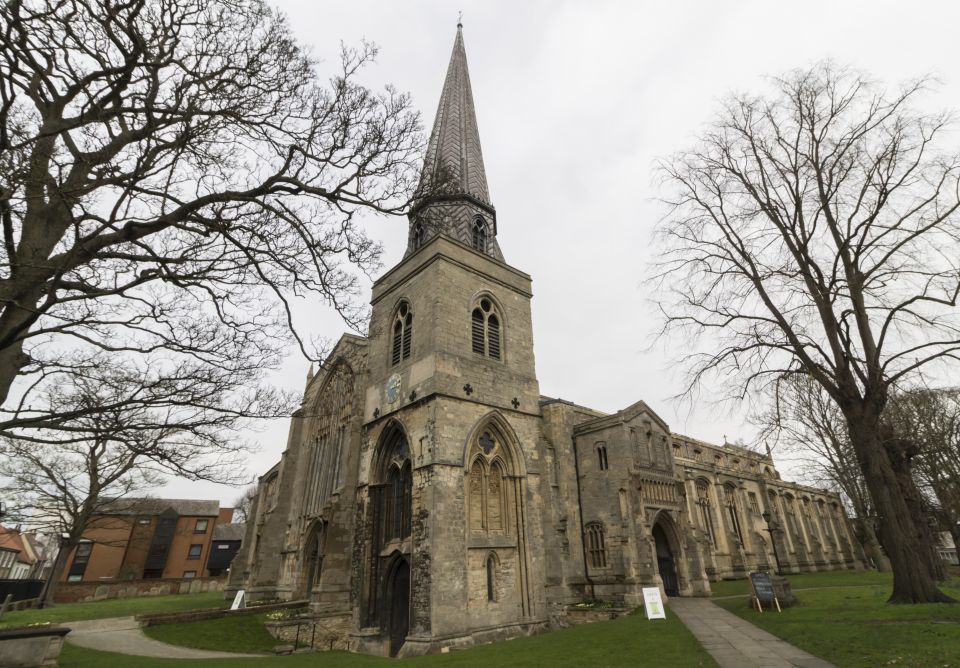 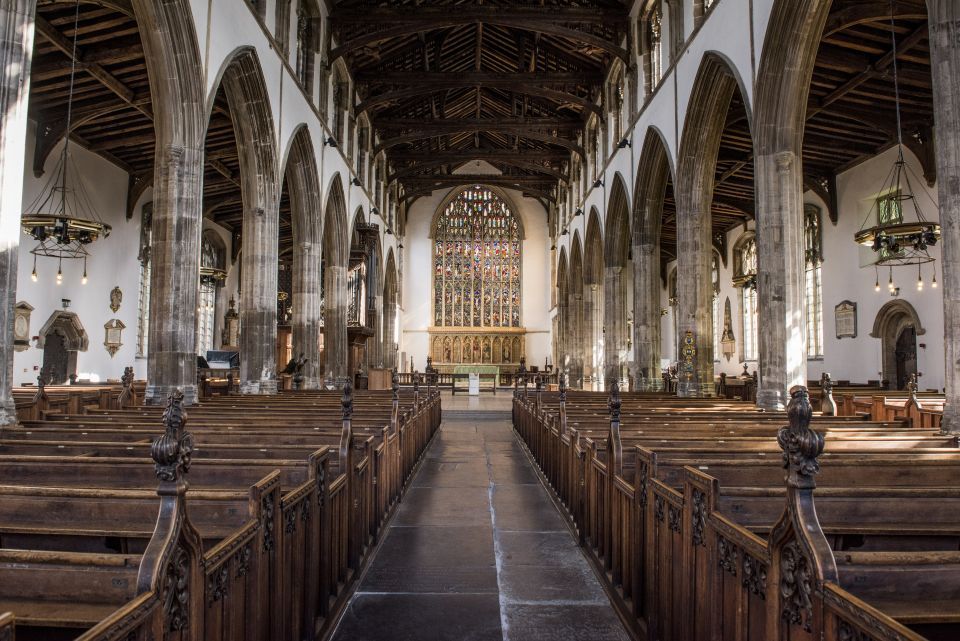 This is a building on a grand scale, reflecting Lynn as one of the main port towns of medieval England. It is the largest “chapel-of-ease” in England – subordinate to the parish church of St Margaret’s (King’s Lynn Minster). It is worth visiting not only for its wonderful architecture and fittings but also the human stories in its memorials.

The building shows the early development of the Perpendicular style, having been rebuilt c.1380-1410. The building is perfectly rectangular apart from the south porch, and largely built in brick rubble and rendered. Only the stone tower (c.1225) remains from the earlier churches, showing that there was a lower ground level; its lead spire was a replacement in 1869 by Sir George Gilbert Scott. Before going into the Chapel, take time to admire the intricate carvings outside the majestic south porch; inside is the painted lierne vault with carved heads as bosses.