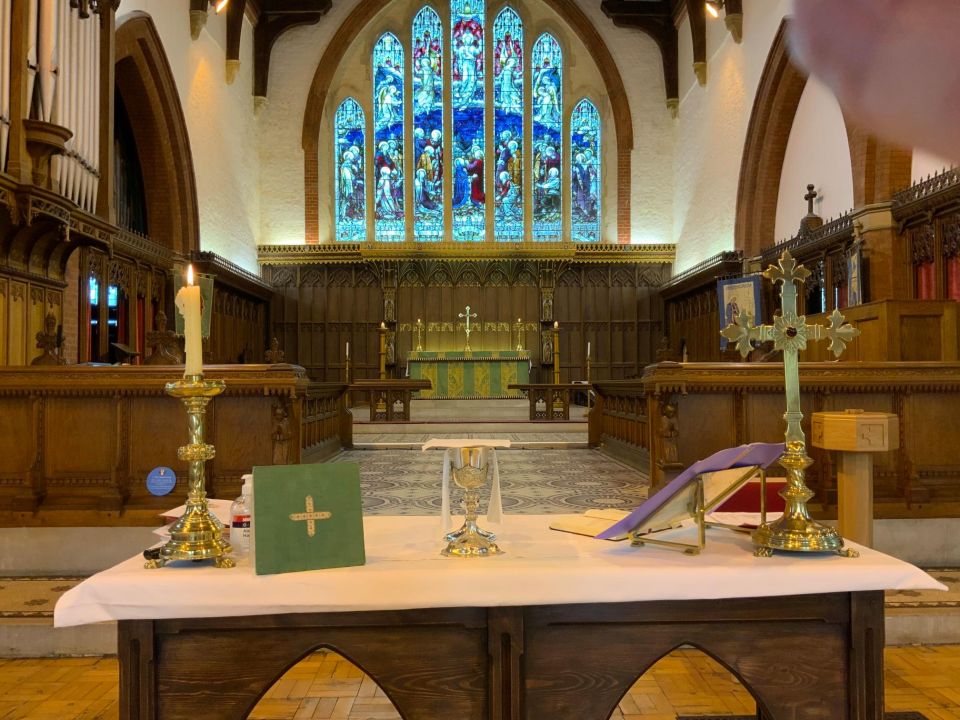 By Norfolk standards St. Peter’s is a very recent creation. In a region graced by so many medieval churches, it is rare to find one from the Victorian era, but just as with many of those churches, St. Peter’s came about through the generosity of a local family, the Upchers. They took their responsibilities for the local community seriously, providing a school, helping the local fishermen, labourers and their families, providing and supporting a lifeboat and encouraging the development of (Lower) Sheringham.

It was as a result of their efforts that in 1842 a Chapel of Ease was built. A few years later it was enlarged to allow the seating of about 500 people. Services finished in 1897 with the opening of St. Peter’s, the former chapel continuing to be used as a church hall until the Parish Hall in Waterbank Road was opened in 1956. The old chapel was eventually demolished in March 1969 making way for a modern block of flats, Temple Court.

The Upchers donated the land on which the church is built and also contributed generously to the cost of the building itself, which was designed by St Aubyn and Wadling of London and built by Bardell Brothers of Kings Lynn.

On St. Peter’s Day 1895 the foundation stone was laid by Mrs Upcher and the building was consecrated exactly two years later on St. Peter’s Day, 29th June 1897. Whilst it was being built, new houses were also going up on nearby plots sold by the Upchers in response to the new demand for housing.

St. Peter’s was built as the daughter church of All Saints, Upper Sheringham, and it wasn’t until 1953 that it became the Parish Church of Sheringham following a boundary change when All Saints became part of the Weybourne Benefice.

A Growing Church
The church is of red brick, faced with knapped flints, and roofed with slates. There are crosses on east and west gables, and a figure of St. Peter in the niche over the outer doorway of the south porch worked by a local stonemason. The building cost £8000 and could supposedly seat more than 700.

Additions and improvements were made over the years. In 1910, the choir and clergy vestries on the north side were built.

In 1928, the reredos (the decorated wooden screen behind the altar) was added. In 1930, the north and south sides of the chancel were panelled in oak. In 1931-2, the low screens at the top of the chancel steps were added. In 1933, the Chapel of the Holy Spirit was dedicated.

Right: A book sale outside St. Peter’s, one of the many community events that take place at the church or in the church hall.