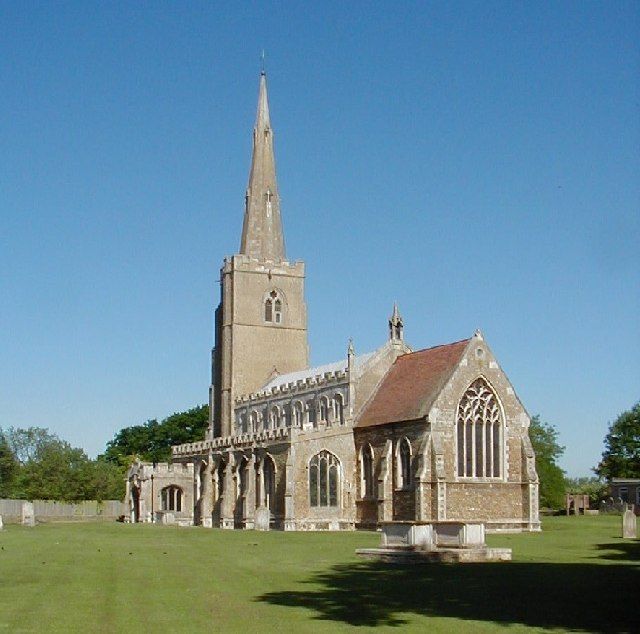 The church is famous for its beautiful double hammer beam angel roof, the donors of which are reputed to be William and Alice Dredeman about the year 1500.

In all there are appproximately one hundred and twenty angels and 19 canopied saints and martyrs in the roof.
The complete assembly was made by the Rollesbury brothers at Bacton in Norfolk between 1523 and 1526.

The roof is thought by experts to be the finest example of its kind, only a few remain in East Anglia.
The roof honours God and also his servant Wendreda Peacemaker of March who died at the settlement in the late seventh century and was enshrined in the Saxon building.

The font is very interesting as the bowl dates from between 1100 and 1150.
The font was originally square, though now octagonal.
The pulpit which is comparatively recent is beautifully carved.
The comparatively modern chancel was built in the second half of the nineteen century, it replaces an older one which was in a very poor state of repair.

At the west end of the nave is the memorial erected by the people of March in memory of the Australian World War 2 Pilot Officer Jim Hocking.
He ordered his crew to bail out, whilst he remained at the controls of his stricken plane, sacrificing his life on the 28 July 1944 aged 21 years, steering the plane away from the town