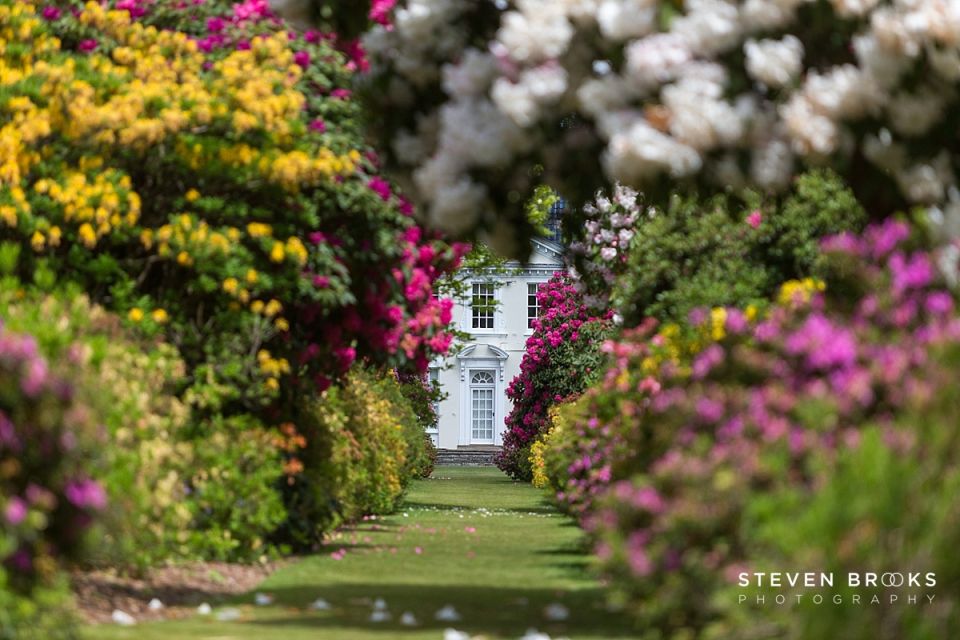 Stody Estate was originally part of Blickling Estate, the nearby National Trust property owned by the Marquis of Lothian and the birth place of Anne Boleyn.

The original Stody Lodge, approached by a long drive flanked with magnificent Rhododendron ‘Cynthia’ (still much admired by visitors today), was occupied from 1895 to 1926 Mr Robert Ernest Horsfall who leased Stody Estate from the Lothian family during this time.

Mr Horsfall was a keen gardener and, early in the twentieth century, decided to clear and plant the large ‘dark and boggy’ area adjacent to the original lodge. Over the next 25 years the Azalea Water Gardens took shape and today, in this unlikely corner of North Norfolk, we understand it forms the largest single expanse of Azalea mollis in the country (more than 2,000 plants over two acres.)

This first Stody Lodge finally succumbed to its third fire in a decade shortly after it was acquired by Lord Rothermere, the newspaper baron, in 1932.

Lord Rothermere’s butler at Stody Lodge, Wilfred Chinnock, notes in his memoirs that when ‘His Lordship’ arrived from London he was always welcomed into the Lodge by two footmen standing either side of the opened front door:

Stody Lodge Gardens will next open to the public in May 2021.

Stody Lodge Gardens is 16 miles northwest of Norwich and 3 miles south of Holt off the B1354. Postcode NR24 2ER.