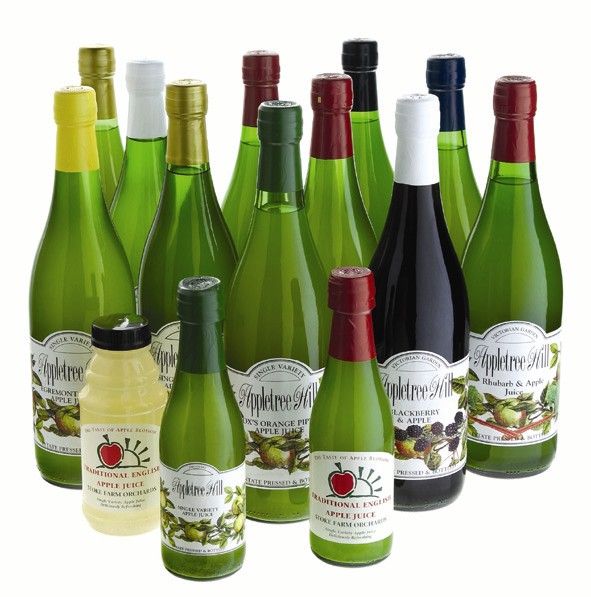 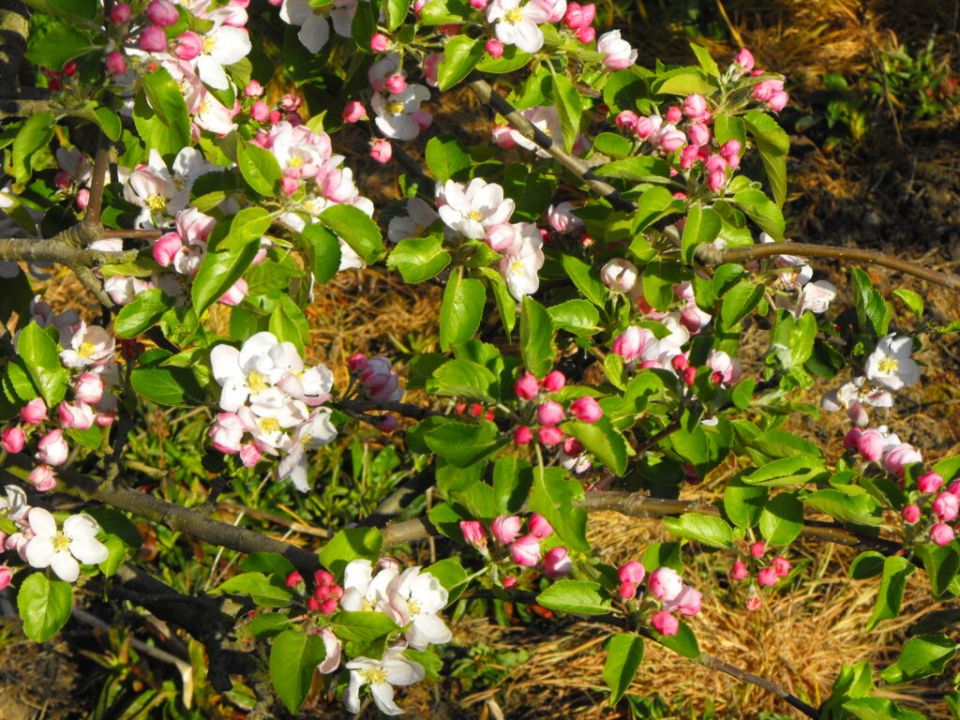 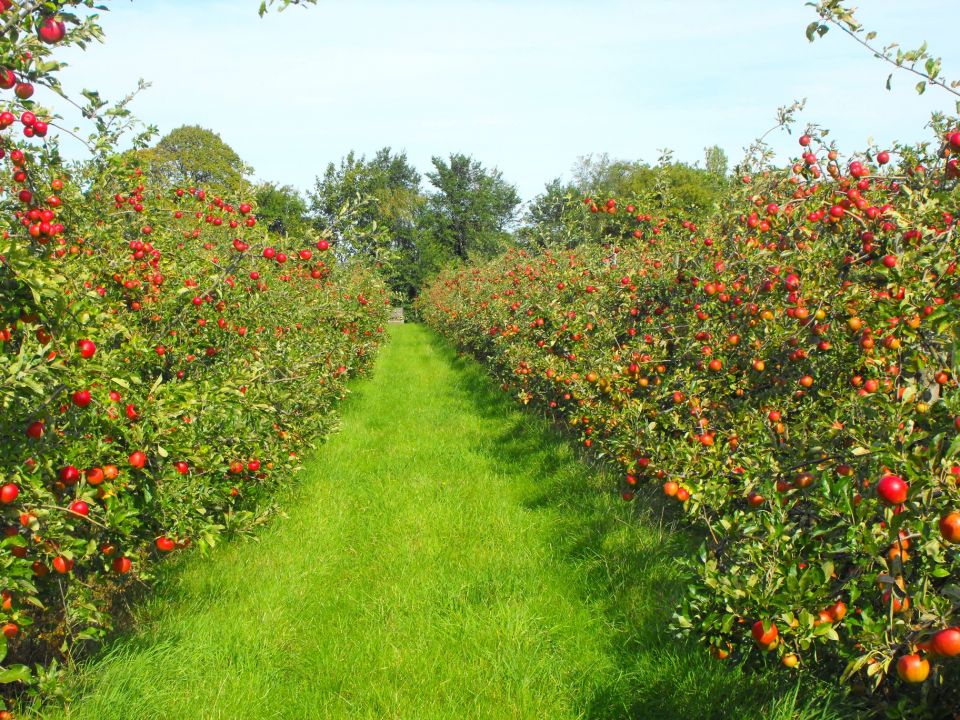 Appletree Hill is the trading name of Stoke Farm Orchards.
We are a family farm growing apples, pears, quinces & apricots. We process the fruits, ourselves into a range of juices and other products.

Rebecca & David bought the fruit farm in 1989 with no prior knowledge of commercial fruit production. The steep learning curve during the first few harvests coincided with huge global oversupply of apples and competition from imported varieties that are naturally larger and more colourful than the traditional Cox Orange Pippin planted on the farm. Many commercial growers chose to accept payments to grub out orchards, but we decided to diversify into juice production as the trends showed there was a huge growth in demand for soft drinks.

The traditionally planted orchards have been saved and provide a stable ecosystem which has encouraged a diverse range of insect species as the base for the food chain and absorbs large amounts of CO2 each year to produce the fruit. There is a programme of replanting and investment in new orchards with traditional and newer varieties which has involved some soil disturbance and realease of CO2 but the new plantings are based on the same old system and the trees will be left undisturbed for the next 20 to 30 years.

The juice business has steadily grown to the point where all the fruit grown on the farm is processed into single variety juices or blended with other complimentary flavours and sold under the Appletree Hill brand and own label ranges for some customers. The fruit at Stoke Farm are grown specifically for juice and each variety is left on the tree as long as possible to develop its full flavour before being hand picked and taken a maximum distance of 500m to the cold stores and purpose built pressing and bottling areas.

This focus on flavour has been recognised by judges of different competitions. Cox Orange Pippin juice won the Marden Fruit Show Apple Juice competition. The blend of Apple and Rhubarb won a gold medal at the Atlanta Fancy Food show in 1996 and the Pear and Quince juice won the best drink in the EADT food and drink awards. Appletree Hill is the only British apple juice to be awarded a prize at the Fancy Food Show in New York. Attendance at trade shows in the UK and abroad has enabled the juice to be promoted to an audience outside the county. As some of the largest apple juice producers are based in Suffolk it has been necessary to look further afield. Juice is exported to the USA and to mainland Europe.

As the farm is only 30 acres, we are hands on, doing all the operations in the orchard. The farm is very lucky in having two dedicated ladies who also assist in all aspects; cultural and processing.

This control from blossom to bottle enables a quick response to anything that may affect the final product.

There is a huge amount of biodiversity within the orchard as we use integrated crop management principles and rely on predatory insects to control pests. We grow solely for juice and having total control allows us to leave each variety to reach its prime before hand picking and pressing, giving each juice its distinct varietal flavour.

Take the A140 to Norwich Rd, and then turn onto the A1120 through Stonham Aspal to Stonham Barns. Follow the brown tourist signs.