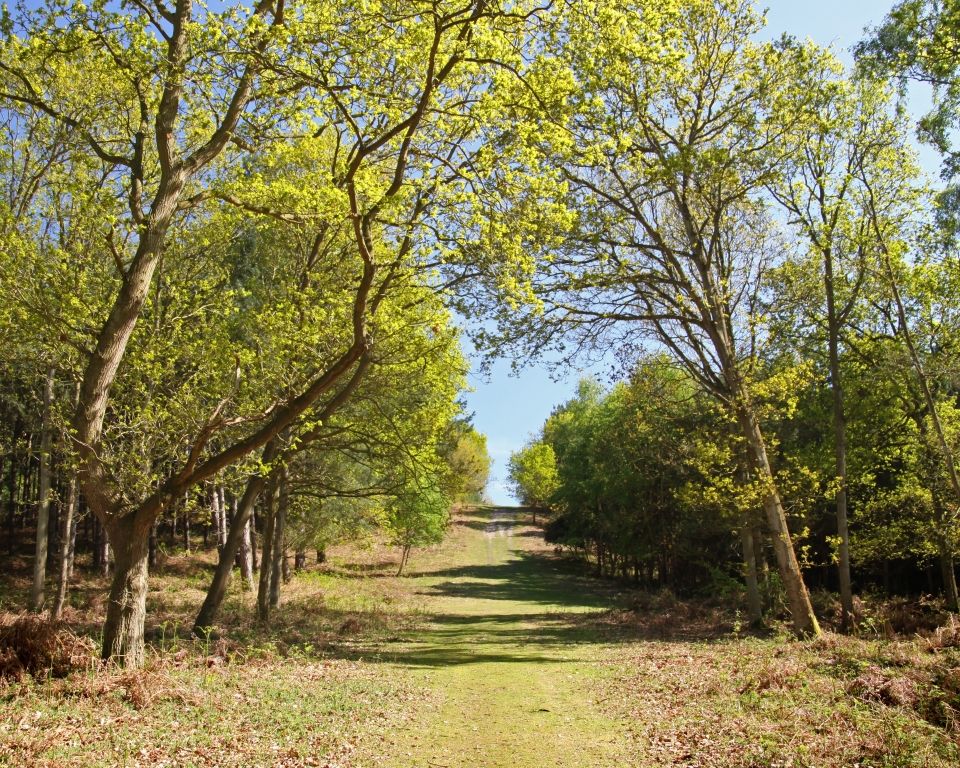 Enchanting walks take you down sheltered rides, where brimstone butterflies feed on sunny spring days and woodcock display at dusk.

This ancient woodland is noted for its small-leaved lime coppice, this is an indication that the northern part of the wood has existed since prehistoric times. The other species to note in Groton Woods is its large wild cherry trees, -it is one of only a few ancient woodlands in Suffolk with this species.

Groton Wood is unusual in that is has 22 seasonal ponds. These are good places to spot frog, toad and newt including the protected great-crested newt.

The rides are bursting with bluebell, pignut and early-purple orchid with shadier areas being characterised by violet helleborine, woodruff and herb-paris. 15 species of butterfly have been recorded at Groton Wood including brimstone, speckled wood and purple hairstreak whose caterpillars feed on oak. Summer songsters include black cap, willow warbler and chiffchaff, while other birds such as treecreeper, all three woodpecker species, woodcock and nuthatch are resident here. Size – 20 hectares

Special dates for your diaries.

Wildflower to look out for: Early purple orchid: April/May.

Open at all times

Best time to visit – May to June