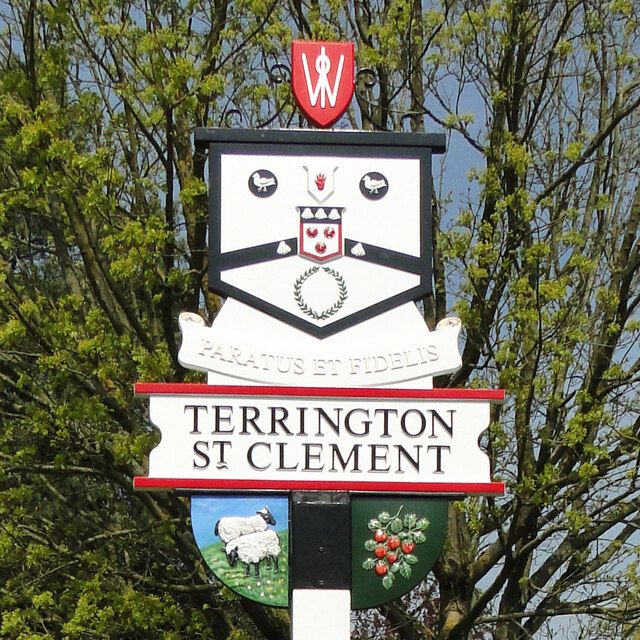 Terrington St Clement is a large village situated about 7 miles west of King’s Lynn. Much of the surrounding farm land has been reclaimed from the sea to provide the rich agricultural farmland.

Terrington St Clement is a large village situated about 7 miles west of King’s Lynn. Much of the surrounding farm land is of alluvial silt and clay which has been reclaimed from the sea to provide the rich agricultural farmland.

The village has a wide selection of amenities, including a supermarket, traditional hardware store, farm shop, two doctor’s surgeries, a post office, newsagents, bakers, fish & chip shop, Chinese takeaway, hairdressers and an estate agent. The village has two pubs, The King William and The Wildfowler.

The village has a fascinating history, dating back at least to Saxon times when it was a small settlement on the Wash coast with salt making the main activity. By the medieval period the small settlement which began on raised ground on the edge of the marsh had grown substantially as the drainage of the land and reclamation from the sea increased the area available for agriculture and greatly reduced the threat of flooding.

The magnificent Parish Church, dedicated to St Clement (Pope Clement 1), is known as the “Cathedral of the Marshland”. It is reputed to be one of the finest Perpendicular churches in England. It has a fine clerestory and grand west end with a five-light window and was built from Barnack stone transported by water from Northamptonshire. It was built in the 14th century by Edmund Gonville, Rector of Terrington, who founded Gonville Hall, now Gonville and Caius College at Cambridge University.