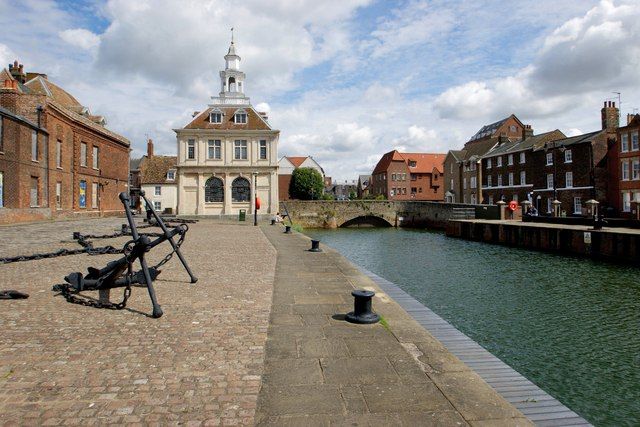 Introducing the maritime history of King’s Lynn
King’s Lynn was one of England’s most important ports from as early as the 12th century. Steeped in maritime history, you can take a journey of discovery amongst fine merchants’ houses and along cobbled lanes which stretch down to the River Great Ouse.

Starting with the town’s early development in the 11th century when trade started taking place around a ‘lin’ or estuarine lake, the town quickly developed as a major port and became a very important base for trade between the local area and the cities of northern Europe, through the Hanseatic League. Throughout the centuries the town and its people have both prospered and depended on its maritime links for trade and business. Famous merchants have made their mark on the town with magnificent buildings. King’s Lynn has been the home of some of the great explorers and navigators, in particular Captain George Vancouver. The stories of the merchants, traders and fishermen who would have known King’s Lynn’s quays, merchants’ exchanges and warehouses throughout the centuries are here to be discovered. From the quayside areas along South Quay, Kings Staithe Square, the Purfleet and Common Staithe Quay through to the fishermens’ cottages of the North End you will find a wealth of stories and characters to be discovered.