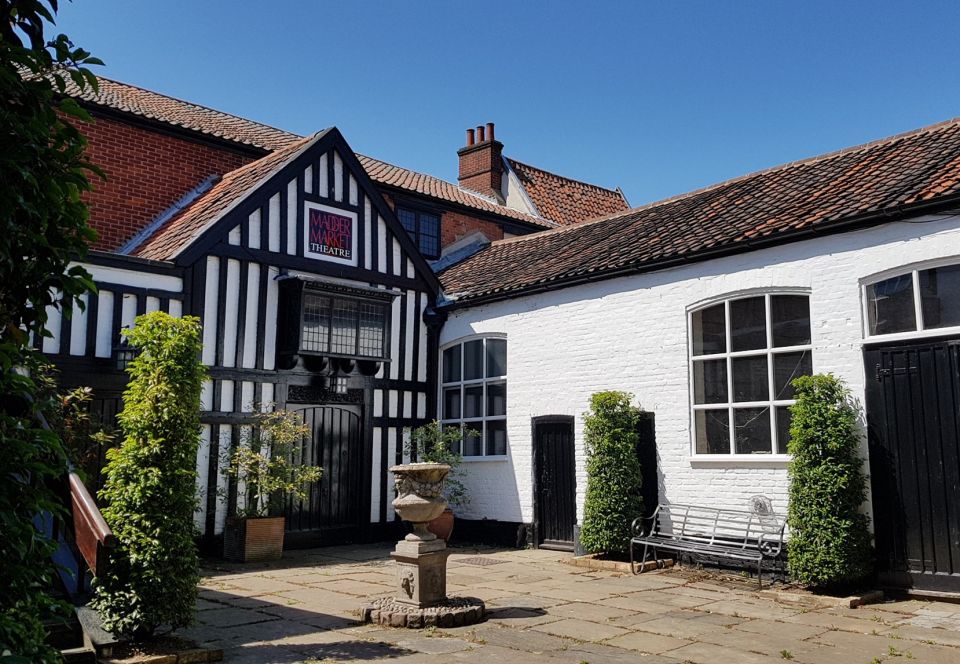 The Maddermarket Theatre is a British theatre located in St. John’s Alley in Norwich, Norfolk, England. It was founded in 1921 by Nugent Monck.

The theatre was originally built as a Roman Catholic chapel in 1794. It was small, the main body of the building measuring only forty by forty-six feet. However, a vaulted ceiling gave it excellent acoustics; more importantly, it already had galleries on three sides. The building was quickly converted by the Guild of Norwich Players from a state of near-dereliction into an Elizabethan style playhouse. The Maddermarket Theatre opened in 1921, with the resident in-house Norwich Players putting on up to 12 productions a year. Visiting theatre companies and other acts occupy the theatre at other times.

The Maddermarket Theatre is in the centre of Norwich on St John’s Alley, which runs between Pottergate and St Andrews Street, just 5 minutes walk from the central market place, City Hall and Forum Millennium Library. It can also be approached from St. Benedict’s Street, Duke Street and Lobster Lane.

There is no parking onsite but St. Andrew’s Multi-Storey Car Park (1084 spaces) or St. Giles Multi-Storey Car Park (330 spaces) are both just a 5 minute walk away. There is blue badge parking opposite Jarrold’s on London Street or more on Gentleman’s walk. There are pull-ins making drop-offs possible both at the bottom of St John’s Alley at Charing Cross, or at the top on Pottergate.