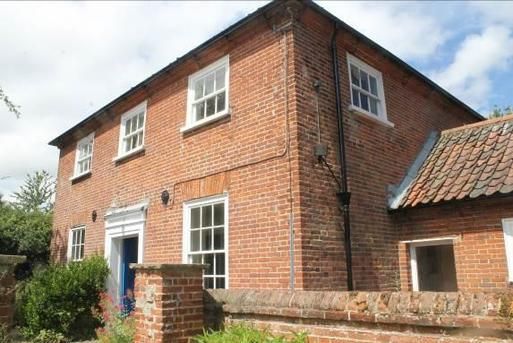 Quaker meeting house. 1772, restored in 1984 under the instruction of Christopher Codling, architect.

The Quaker movement emerged out of a period of religious and political turmoil in the mid-C17. Its main protagonist, George Fox, openly rejected traditional religious doctrine, instead promoting the theory that all people could have a direct relationship with God, without dependence on sermonising ministers, nor the necessity of consecrated places of worship. Fox, originally from Leicestershire, claimed the Holy Spirit was within each person, and from 1647 travelled the country as an itinerant preacher. 1652 was pivotal in his campaign; after a vision on Pendle Hill, Lancashire, Fox was moved to visit Firbank Fell, Cumbria, where he delivered a rousing, three-hour speech to an assembly of 1000 people, and recruited numerous converts. The Quakers, formally named the Religious Society of Friends, was thus established.