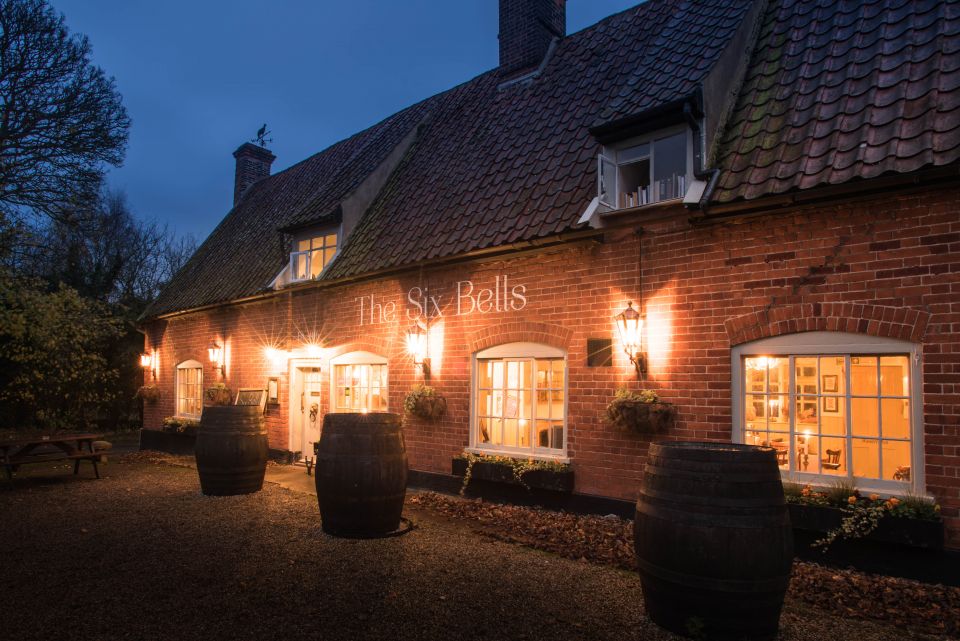 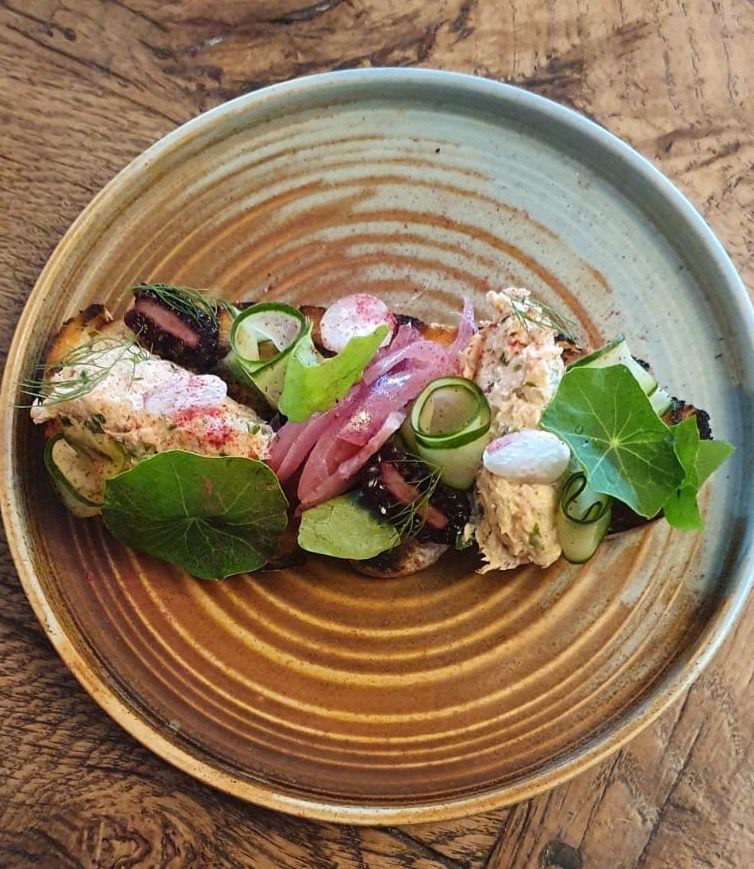 The Six Bells is a destination countryside dining spot, offering menus to impress with an emphasis on seasonal produce, unique recipes and modern takes on established classics.

Head Chef John Tremayne procures the finest produce from his newfound local larder including meat from Lavenham Butchers, game from shoots right on the doorstep and the freshest catch direct from day-boats at Leigh-On-Sea.

Come the weekend, The Six Bells is the perfect spot for a slap-up Sunday roast. Joints served with all the trimmings include Chelsworth Red Poll beef rump with horseradish cream, and roast belly of Southwold pork with apple sauce, satisfying those looking for a welcome excuse to while away the weekend in the most pleasant of surroundings.

With brewing in its blood (there was previously a small brewery on site), The Six Bells welcomes local opinion when it comes to deciding what gets pride of place at its pumps. Drinkers are given the power to vote and have their say on the guest ales they want to see on draught each month. A special Six Bells ale brewed especially for the pub will also be on tap alongside local bitters, a premium beer offering and an extensive wine list.