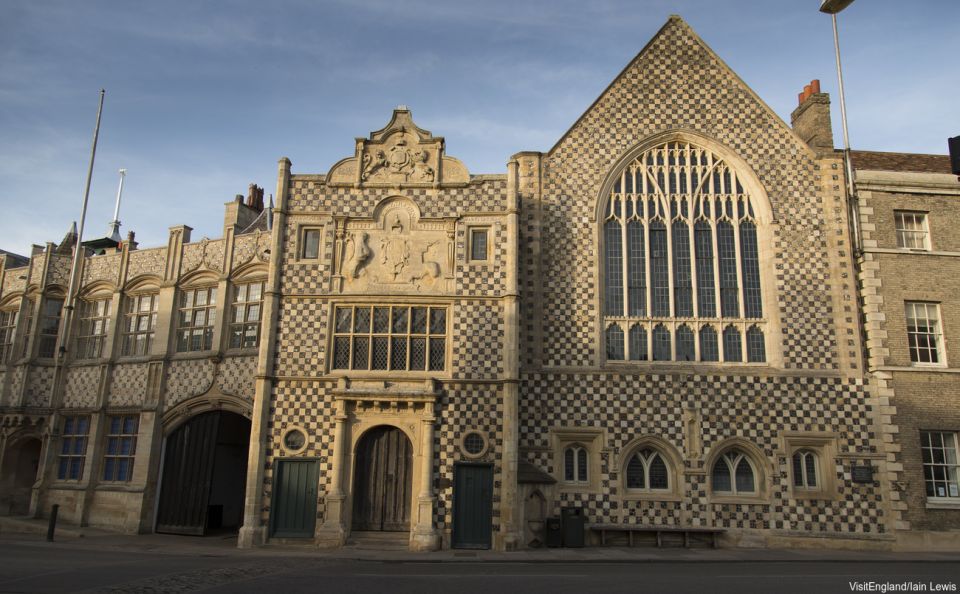 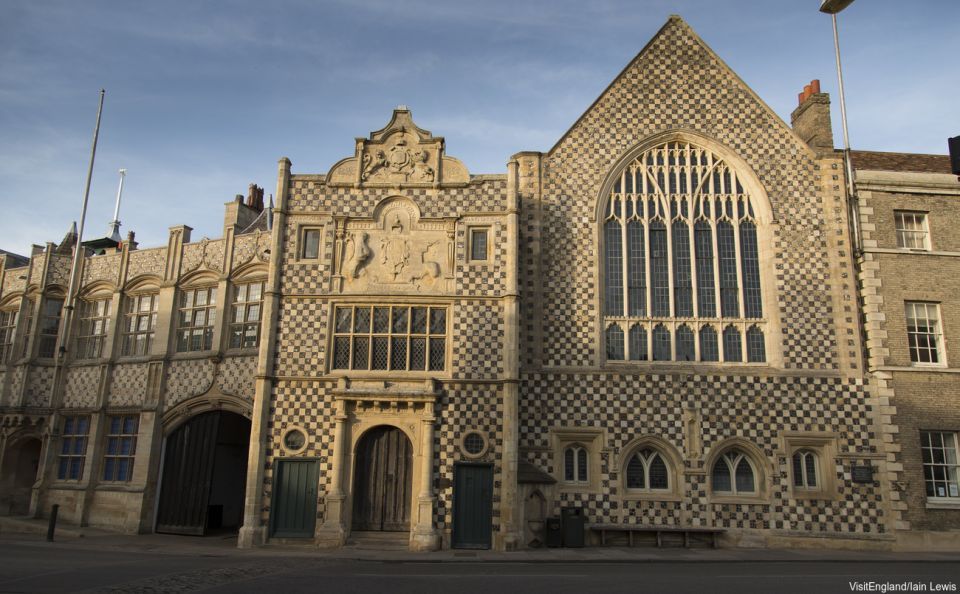 ing’s Lynn Town Hall has a host of rooms, each with its own historic story.

THE STONE HALL – the Hall of the Trinity Guild

Built about 1421- 23 after a fire on the first floor damaged the former hall. It was originally about 13 feet longer but was shortened when the Assembly Room was built in the 1760s. The panelling dates from 1890 when the Hall was fitted out for the Norfolk Quarter Sessions. In 1825 the walls and ceiling were plastered but in 1992 the plaster on the ceiling was removed to reveal the original oak timbers

Scratched on some window panes are the names of the plumbers and glaziers who replaced or cleaned the windows in the 18th and 19th centuries. The Coats of Arms either side of the window are those of the Town and the Butchers from the Shambles which was situated on the Saturday Market Place.

Built in 1624 to replace wooden stairs on the outside of the Stone Hall.

These rooms were completed in 1768 and the 6 chandeliers were purchased at the same time. Both rooms were restored in 1988 with their original 18th century colouring. The Card Room is dominated by the fine Rococo pier glass of about 1750. It’s surmounted by a basket of fruit and foliate and ribbon swag decoration. It is made of Scots pine and recent restoration has revealed the original water gilding.

Built in 1767 as the Council Chamber and used as a Magistrates Court from 1830-1982. Along with the Retiring Room it was restored in 1994. A rare example of a Victorian Court.

THE COUNCIL CHAMBER AND CRUSH HALL

Part of the new Municipal Building built in 1895. The oak panelling was originally Peacock Green, walls a rich terracotta and the ceiling a deep cream. Photographs in the Council Chamber are of Mayors prior to 1980 and those in the Crush Hall of a more recent date.