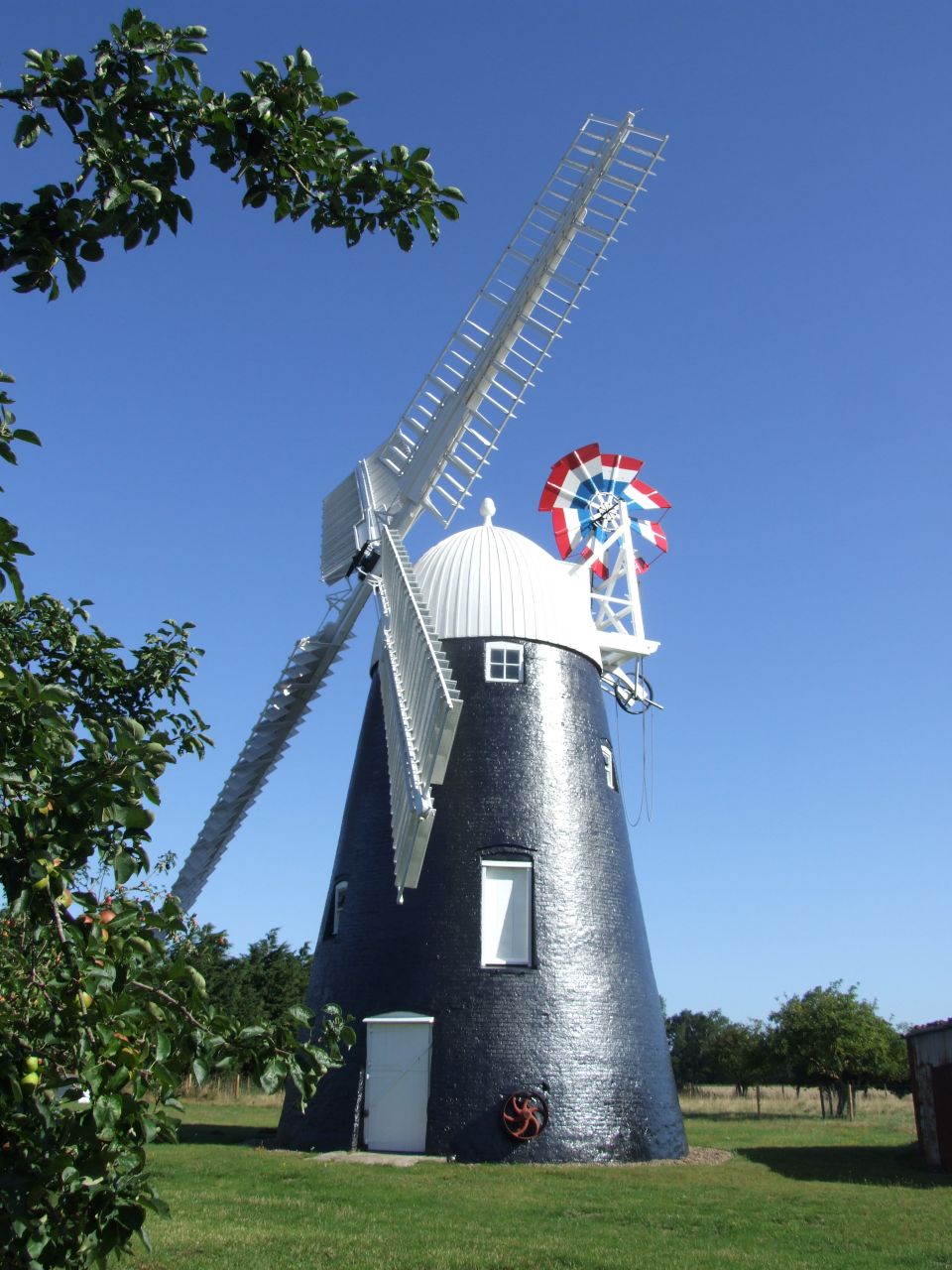 An early 19thC towermill with 4-floors towermill. Thelnetham Windmill stands on the edge of Thelnetham Fen. Dating from 1819, it is one of only four preserved tower mills in Suffolk

A conical cap, powered by 4 large patent sails which drive 2 pairs of French millstones. The mill is in working order. While working successfully during the 19th century, its condition deteriorated badly during the early 20th century and it had become effectively derelict by 1926.

It was purchased for restoration by mill enthusiasts in 1979 who managed to complete this work by 1987. The mill that can be visited today is the result of this restoration and the ongoing efforts of a team of volunteers.