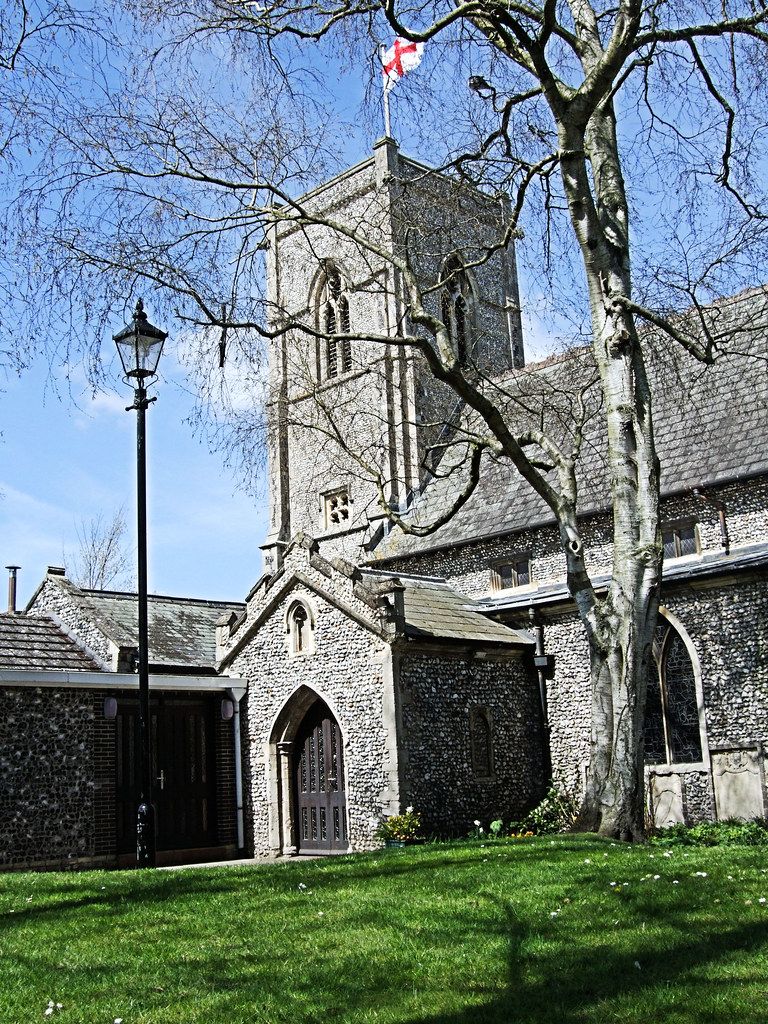 Thriving market town, once the capital of the Saxon kingdom of East Anglia.

Thriving market town, once the capital of the Saxon kingdom of East Anglia. Its importance continued during the Middle Ages – and has left a legacy of historic sites, such as the Norman castle mound and 12th C. priory remains. The comedy series Dad’s Army was filmed in and around the town. Birthplace of radical thinker Thomas Paine.