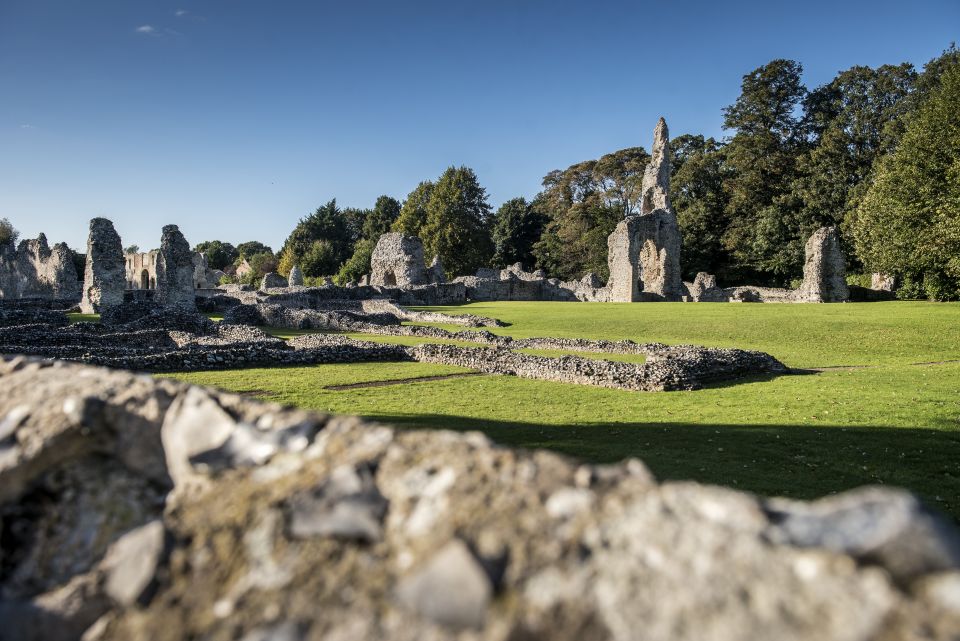 The extensive remains of one of the most important East Anglian monasteries, the Cluniac Priory of Our Lady of Thetford and the burial place of the earls and dukes of Norfolk for 400 years.

The extensive remains of one of the most important East Anglian monasteries, the Cluniac Priory of Our Lady of Thetford and the burial place of the earls and dukes of Norfolk for 400 years. Founded in the early 12th century, it owed much of its prosperity to a miraculous appearance of the Virgin Mary, whose statue here was discovered to conceal relics of saints, and became a magnet for pilgrims.

Surviving remains include the lower walls of the church and cloister, along with the impressive shell of the priors’ lodging and, reached by a pathway from the main site, an almost complete 14th century gatehouse.
Please note: Dogs on leads are welcome.

By Road:
Take the A11 to Thetford. Located on the West side of Thetford, near the station.