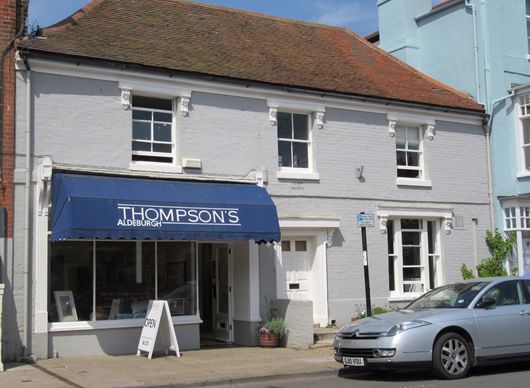 Established in 1982 in Aldeburgh, Suffolk by John and Sue Thompson, Thompson’s Gallery began to build the enviable reputation that it has today. In September 2001, Thompson’s opened an additional gallery venue in Marylebone, relocating from Dover Street, Mayfair and Copthall Avenue in the City of London.
Thompson’s galleries deal in 20th and 21st Century paintings, sculptures and photography, specialising in Contemporary British and Scottish art. Thompson’s hold mixed and solo exhibitions in Aldeburgh and London annually and are proud to represent some of the finest modern British artists