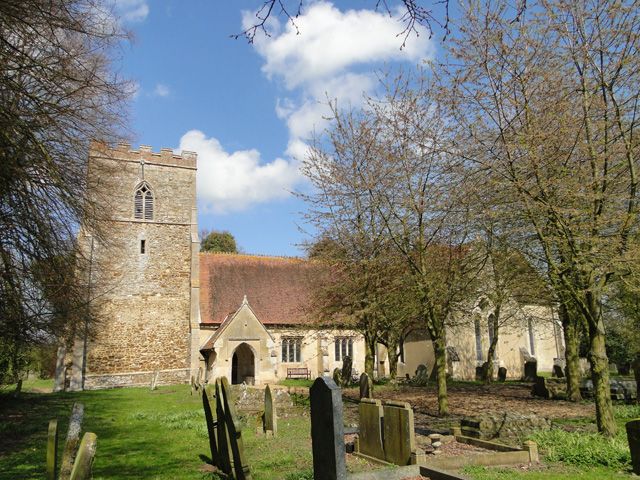 The village lies just south of the A47 about 7 miles south west of King’s Lynn. The parish actually includes the villages of Tilney St Lawrence and Tilney-Cum-Islington.

The village lies just south of the A47 about 7 miles south west of King’s Lynn. The parish actually includes the villages of Tilney St Lawrence and Tilney-Cum-Islington. In fact at the time of Domesday Book, Tilney-Cum-Islington was the larger settlement, but by the late 13th century Tilney St Lawrence had grown to be more dominant. The ruined church of St Mary’s Islington is an atmospheric reminder of former times.

In Tilney St Lawrence the church and nearby Aylmer Hall are a short distance to the north of the main village. The church was largely rebuilt in the mid 19th century. Although less grand than some of the other marshland churches it is distinctive in that the chancel is much higher than the rest of the church. Aylmer Hall was the home of John Aylmer who later became Bishop of London from 1577 until his death in 1594.

At the centre of the village is a village shop and public house The Buck Inn. The village is only around 2 miles away from the National Cycle route 1.