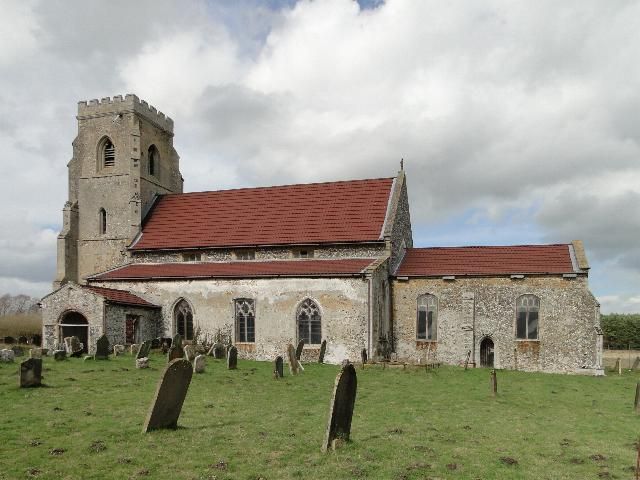 Tottington is a deserted village and civil parish in the English county of Norfolk. It is situated some 6.2 miles (10.0 km) north of the town of Thetford and 25 miles (40 km) south-west of the city of Norwich.

Tottington has an entry in the Domesday Book of 1085. In the great book Tottington is recorded by the name of totintune. The main land holder was Ralph FitzHelwin. The survey also states there are fifteen mares. Samson of Tottington was Abbot of Bury St Edmunds from 1182 to 1211, and Thomas of Tottington filled the same role from 1302 to 1311.

During the Second World War, the village was taken over by the British Army when it was incorporated into the Stanford Battle Area. The military ranges were needed to prepare Allied infantry for Operation Overlord, (the Battle of Normandy in 1944). Though some villagers were said to be happy to give up their homes to help the British War effort, the majority were less than enthusiastic with a number of heated village meetings and some refusing to leave the area. This was the subject of a book written by Lucille Reeve, one such person who refused to leave, under the pseudonym A Norfolk Woman called Farming, on a Battle Ground.

However at the close of World War II, the former villagers were never allowed to return to their homes by the War Office. Most of the inhabitants of Tottington were not landowners, and rented the houses and farmed the land belonging to the Walsingham estates. Though they had been promised that they could return to their homes after the war, the government later reneged on the promise and bought the land, threatening Walsingham with a compulsory purchase order. As the majority of the inhabitants were not landowners, they received very little in compensation, were put into council housing and many lost their livelihoods. They continued to fight for many years to return to their homes and farmland but the beginnings of the Cold War and the need for dedicated training areas removed all chances of a return.

Since the evacuation, the village and its parish remain within the Ministry of Defence’s Thetford infantry training area. Access is not permitted without special permission.