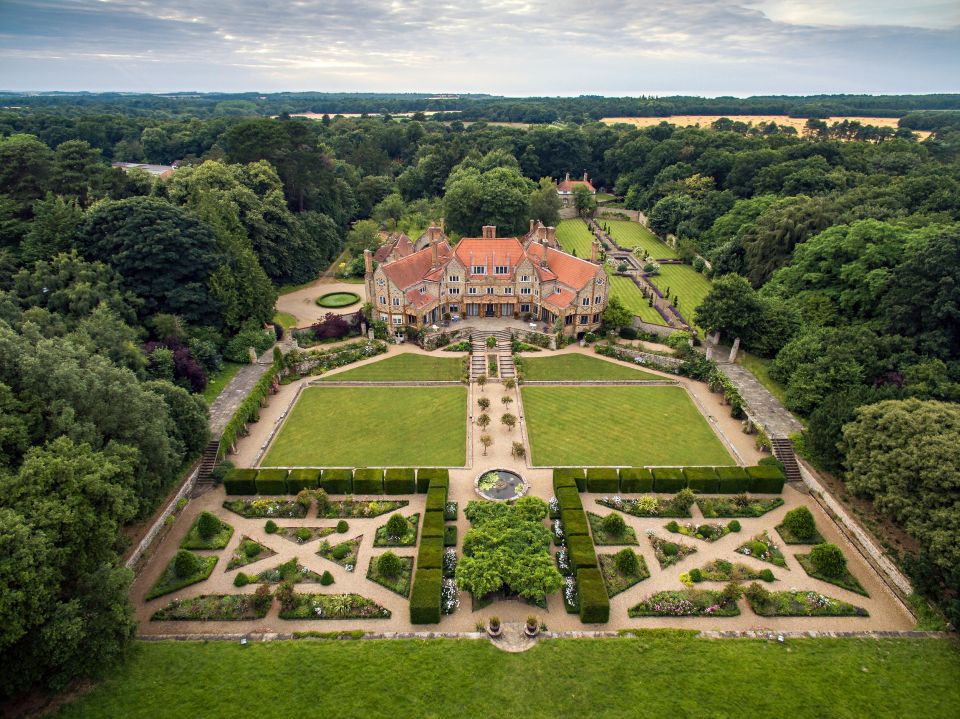 Voewood is recognised as one of the great Arts & Crafts houses in England. Voewood is set in beautiful woodland on the outskirts of the Georgian town of Holt in North Norfolk, just three miles from the outstanding North Norfolk coast

Voewood is recognised as one of the great Arts & Crafts houses in England, voted by Country Life Magazine as England’s Favourite House in The Eastern Region and featured in Dominic Bradbury’s Thames & Hudson Book Iconic Houses of the 20th Century.

Voewood is set in beautiful woodland on the outskirts of the Georgian town of Holt in North Norfolk, just three miles from the outstanding North Norfolk coast. Originally designed as a home in 1905, for decades afterwards Voewood was used as a series of institutions from a boys’ school to a hospital. In 1998 the house was bought by Rare Book Dealer, Simon Finch, who began the careful restoration needed to return the house to its original form and the gardens to their Grade I listed glory.

Simon’s vision and eclectic style has created a unique feel to the house which can only be truly appreciated by visiting, it is difficult to capture the magical feel of Voewood through photography. Voewood is famed for its welcoming, warm atmosphere with beautiful light in all the rooms. Country Life in 1909 said “…everywhere there is sweetness and light…”.

It is unusual to be able to hire such a unique property for exclusive use, but Voewood was meant to be shared. Voewood is licensed for civil ceremonies and partnerships, weddings, renewal of vows, naming ceremonies and celebrations of all religions and faiths. It can also be hired for parties, film and photo shoots, family gatherings, corporate events, retreats and weekend breaks. The whole house and the entire Grade I listed gardens, will be yours exclusively for the the length of your stay.