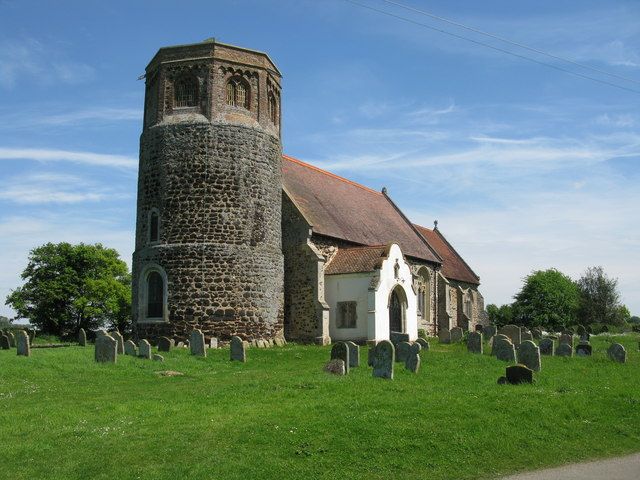 West Dereham is situated 4 miles east of Downham Market and 13 miles south of King’s Lynn. Situated on the edge of the Fens, it has a spacious feel and is well located for exploring the Fens and the Brecks.

Situated on a hill at the edge of the village, St Andrew’s Church was first recorded in the tax roll of 1246. It is one of the 124 round-tower churches in Norfolk and is a fine example of a medieval church. It has a nave and chancel largely unchanged since the perpendicular windows were fitted in the 15th century. Prior to its construction there was a much smaller Saxon minster church of Saint Peter’s which has now completely vanished. The remains are in the graveyard west of the Tower of St Andrew’s.

West Dereham is generally acknowledged as the birthplace of Hubert Walter (circa 1160-1205) who was successively Dean of York, Bishop of Salisbury and Archbishop of Canterbury during the reign of Richard I. During the reign of King John, Hubert was Lord Chancellor (1199-1205). He founded an Abbey in West Dereham in 1188. By the 13th century it was one of the largest religious houses in Norfolk. Following the Dissolution of the Monasteries in 1539 the site was granted by Henry VIII to Thomas Dereham of Crimplesham.
There are no remains of the abbey buildings today although signs of foundations and earthworks are visible as crop marks on aerial photographs.