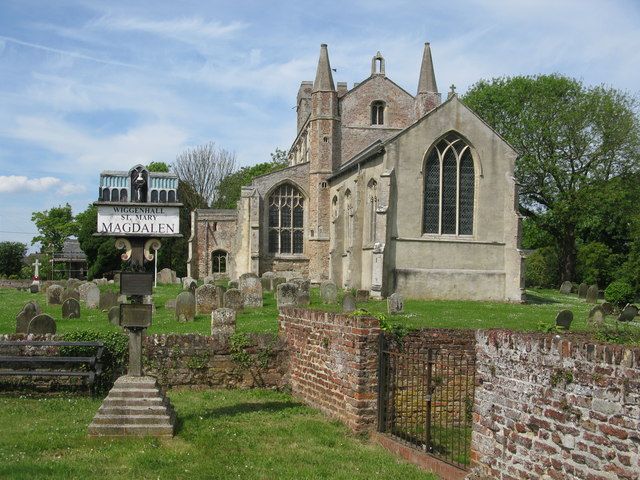 Wiggenhall St Mary Magdalen is 8 miles south of King’s Lynn. The village sits beside the west bank of the River Great Ouse.

Wiggenhall St Mary Magdalen is 8 miles south of King’s Lynn. The village sits beside the west bank of the River Great Ouse. Most of the early settlement appears to have occurred close to the river, possibly due to the presence of a levee along the western side of the River Great Ouse, made of silts deposits by a former watercourse, the Wiggenhall Eau. This is where the splendid parish church of St Mary Magdalen is found. The tower dates from the 13th century although much of the church appears to have been re-built in the 15th century.

A very special feature of the village is a tidal bore or wave which can form on the River Great Ouse near the village. Dependent on particular lunar and tidal conditions, this impressive phenomenon can occur when water from the Wash funnels into the river Great Ouse and forms a wave or waves as the river narrow at Eau bank north of the village. Free swimmers, canoers and spectators will often be drawn to experience the spectacle.

Just near the village sign, through a gate is the village pound, an increasingly rare feature to be found in villages. The village pub, The Cock Inn is located next to the river. The village is well located for enjoying the Fens Rivers Way public footpath.