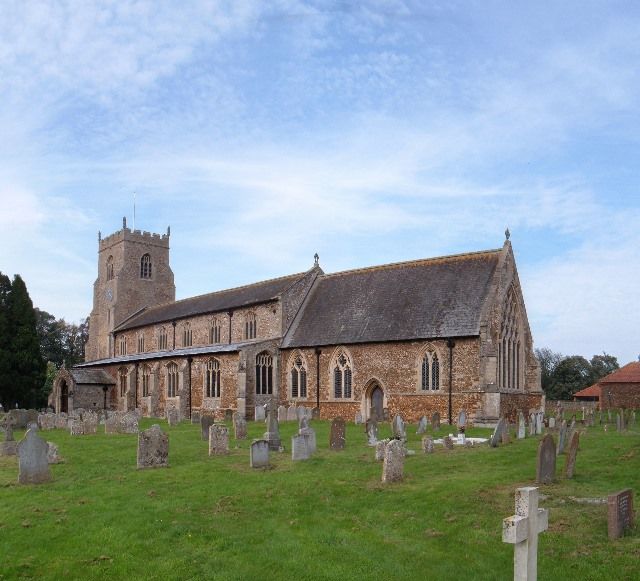 One of the largest villages in West Norfolk, Dersingham is 9 miles north of King’s Lynn.

One of the largest villages in West Norfolk, Dersingham is 9 miles north of King’s Lynn. The village has many local amenities and is served by a Post Office, two supermarkets, florists, a garden centre, garages, a true cobblers, chemist, dentist, opticians, chiropractors, hair and beauty salons, butchers, newsagents, takeaway outlets and soft furnishings outlets. Dersingham is served by two public houses, The Feathers and The Coach & Horses.
Dersingham’s St Nicholas Church was built on the site of a Norman Church. It is one of the great churches of the 14th century. Of particular architectural note are the ancient 14th century walls, windows, stained glass, Gothic pointed arches and tower with six bells. During the summer months St Nicholas is open from 12noon to 4pm for visitors.

Next to the church, Dersingham’s magnificent Tithe Barn was erected in 1671, although it was never used to collect tithes. It is built of clunch and carrstone and features a brick dressing. For hundreds of years the barn was an essential part of farm life in Dersingham. The Barn and its surroundings are a tangible link to the past.

Close to the village, Dersingham Bog is a National Nature Reserve and forms part of what was once a vast heathland that stretched the entire length of the Greensand Escarpment from Kings Lynn to Heacham. It is now one of the largest remaining area of lowland heathland left in Britain. The light soil on which the pinewoods of Dersingham Bog are sited is sandy, so the tracks are usually reasonably dry and well-drained, making walking easy. There are wide, but steep steps down to the circular 300-metre long wooden boardwalk through the bog

As well as being close to Sandringham, Dersingham is well located for visiting the coast.