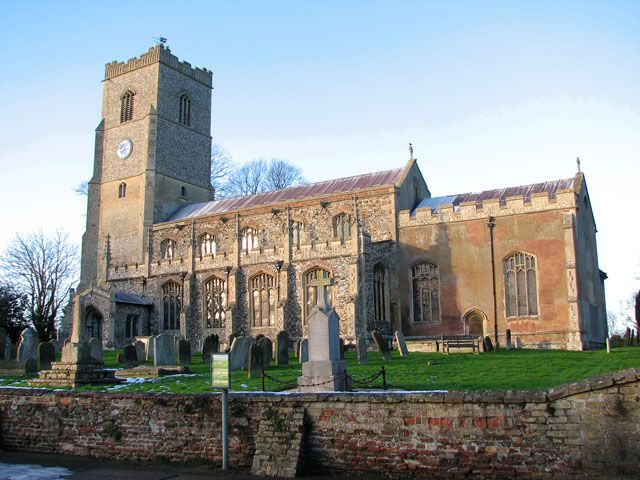 Fincham is about 10 miles south of King’s Lynn and 5 miles east of Downham Market.
Fincham has a relaxed atmosphere with its many old houses.

Fincham is about 10 miles south of King’s Lynn and 5 miles east of Downham Market.
Fincham has a relaxed atmosphere with its many old houses. The fine church of St. Martin is of perpendicular style and has an imposing tower. It is mainly a re-building of 1450 but the porch is Victorian. Once the village had two churches not far apart, but the one dedicated to St. Michael fell into decay and was pulled down in 1744.

Two notable buildings in the village are Fincham Hall, the Tudor manor house, standing on the site of earlier halls, which was the home of the Fincham family until 1572 and Talbot Hall, one of the earliest manors of the village. The village pub is called The Swan.

The village is well located for exploring the Fens and the Brecks as well as for visiting historic King’s Lynn.