A Passion for Landscape: Rediscovering John Crome is a brand-new exhibition celebrating the work of one of BritainÕs greatest Romantic artists on the bicentenary of his death. 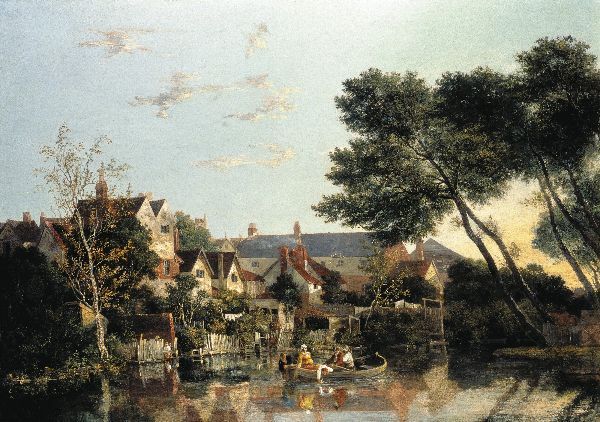 A Passion for Landscape: Rediscovering John Crome (17 May – 5 September) is a celebration of one of Britain’s most important landscape painters on the bicentenary of his death, and the first major exhibition dedicated to Crome since 1968.

John Crome (1768-1821) grew up in Norwich. The son of a journeyman weaver, he received no formal artistic training, learning to paint and mix colours through an apprenticeship as a coach and sign painter. As an artist and teacher, he was held in great esteem, and his reputation soon stretched beyond the confines of East Anglia. He exhibited at London’s Royal Academy and the British Institution and founded the first art society in Britain outside the capital, the Norwich School of Artists, which later became internationally known as the Norwich School of Painting.

A careful observer of the natural world, Crome rooted his work in his local landscape, capturing small streams, creaking gates and ancient trees with rapid brushstrokes. His work is renowned for its freshness, boldness and perception, although some contemporary critics felt it was too modern.

Crome was not a prolific artist, earning his living primarily as a drawing master. His style was imitated by his pupils and emulated by his followers. As his work became more sought after, fraudulent copies began to appear. As a consequence, in recent years, his reputation has somewhat suffered. This exhibition will help to set the record straight, conclusively reinstating Crome’s national reputation by re-evaluating his important role in the history of British landscape painting.

Featuring approximately 90 works including paintings, watercolours and etchings, the exhibition includes significant loans from public and private collections alongside examples from Norwich Castle’s own pre-eminent collection of the artist’s works. Extensive new technical analysis of his paintings will throw new light on his technique and materials.

The exhibition is supported by Arts Council England. The headline sponsor is The Friends of the Norwich Museums who are celebrating their 100th anniversary in 2021, making them one of the oldest museum friends associations in the UK.

All exhibitions are included in general admission tickets to Norwich Castle: Adults £6.70, Concessions £6.40, Children £6.20. Cheaper family tickets are available for different combinations of adults and children, in addition to a Twilight Ticket valid one hour before closing time (£2.00). All tickets must be booked in advance and will not be available on the door or on the day of purchase – please visit http://ow.ly/n8L350EMWSm.