Foodies will love the two day Bury St Edmunds Food and Drink Festival held on August Bank Holiday weekend. With an annual line-up of cooking demonstrations from top celebrity chefs, the chance to taste and purchase food and drink from ove 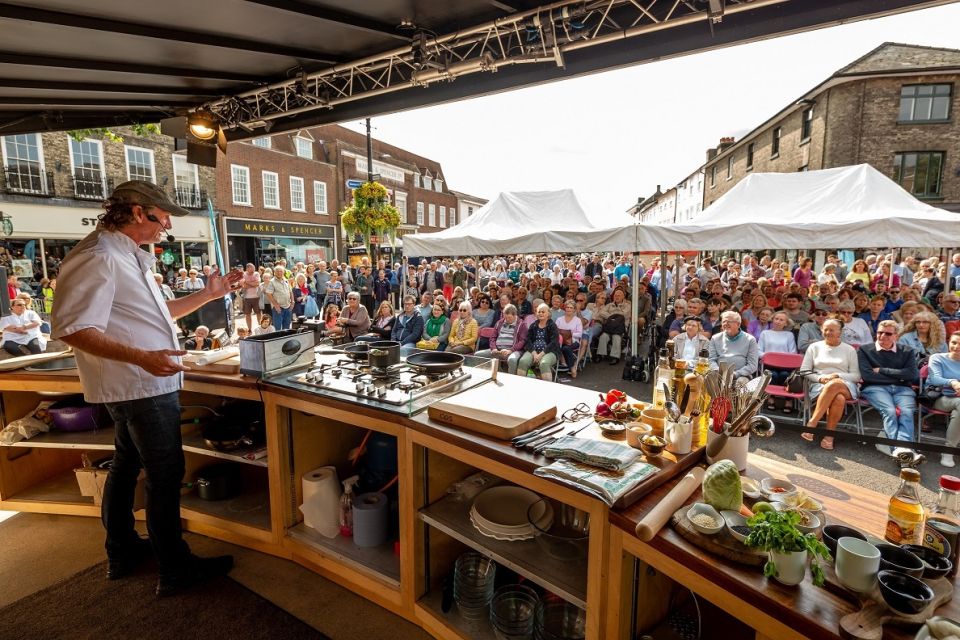 With an annual line-up of cooking demonstrations from top celebrity chefs, the chance to taste and purchase food and drink from over 100 stalls and a popular farmer’s market, this is a foodie’s heaven.

There’s also lots to keep the children occupied with the ever popular man-made beach, fairground rides, street entertainment, and a mini farm.

This year two of the nation’s favourite celebrity chefs will appear at the festival. Nick Nairn who’s been a familiar face on our TV screens for nearly 25 years and Dean Edwards who became a household name cooking on ITV’s ‘Lorraine’ will both be making their first appearances at the free two day event over August Bank Holiday Sunday and Monday. They will each make three appearances in the Stoves Cookery Theatre, which will also showcase dishes from some of Bury’s favourite restaurants.

Turning up the heat in the kitchen on Sunday August 25 is Nick Nairn, a champion of Scottish cuisine as a chef, cookery school owner and food campaigner. His TV credits include: ‘Ready Steady Cook’; ‘Wild Harvest’; ‘Great British Menu’ and ‘Saturday Kitchen’ as well as many more. His first restaurant saw him become Scotland’s youngest Michelin-starred chef in 1991.

On Monday August 26 Dean Edwards will be donning his chef’s whites to entertain the Bank Holiday crowds. After coming second on ‘Masterchef Goes Large’ in 2006, Dean gave up his job as a digger driver to pursue a career involving cooking and food. With three cookbooks to his name, Dean has also featured on many of our most popular TV cookery shows including: ‘Take On The Takeaway’; ‘Market Kitchen’ and ‘The Big Eat’.