Pearls from The Grit at Marina Theatre

Don’t miss this wonderfully evocative and newly-extended show, Pearls from The Grit.. 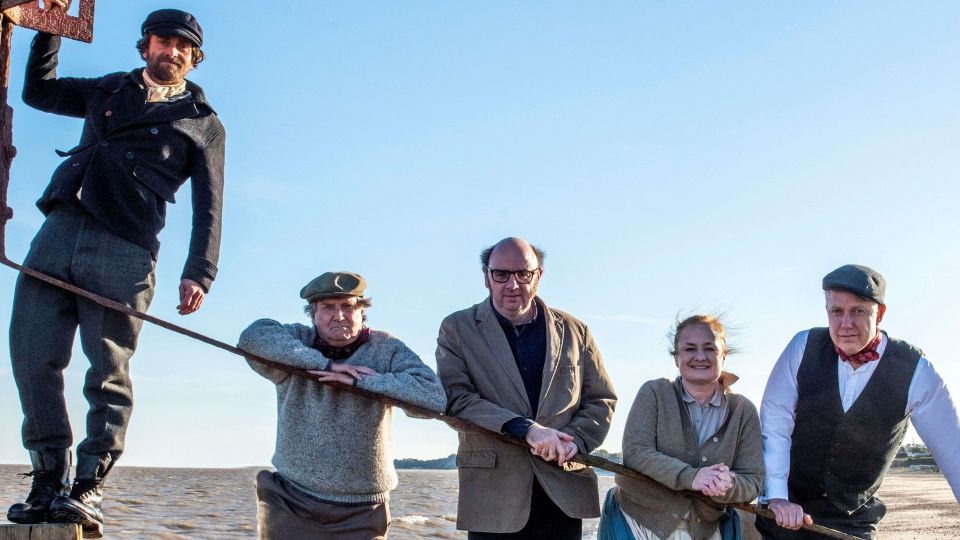 In the early 1900s Lowestoft’s fishing village – known as The Grit – was home to 2,300 people, schools, churches, shops and 13 pubs. Why did it disappear and what made the community so special? Mixing stories, poems, film and song, Lowestoft-born writer Dean Parkin brings the whole story to life.

Board up all the windows, empty all the houses

dig up all the roads, scatter all the people

turn the place to rubble, but like the sun, we’ll rise…

Meet no-nonsense fisherman, Ned; Billy, a larger-than-life skipper during the fishing boom; and Ruby (Billy’s daughter), one of the tireless taskforce of women keeping everything afloat.