Rhythm and Geometry: Constructivist art in Britain since 1951

Drawn from the Sainsbury Centre collection, Rhythm and Geometry: Constructivist art in Britain since 1951, celebrates the abstract and constructed art made and exhibited in Britain since 1951. The free exhibition includes work from the beginning of the 1950s to the present-day, comprising c.120 objects across sculpture, reliefs, mobiles, painting, drawing and printmaking. 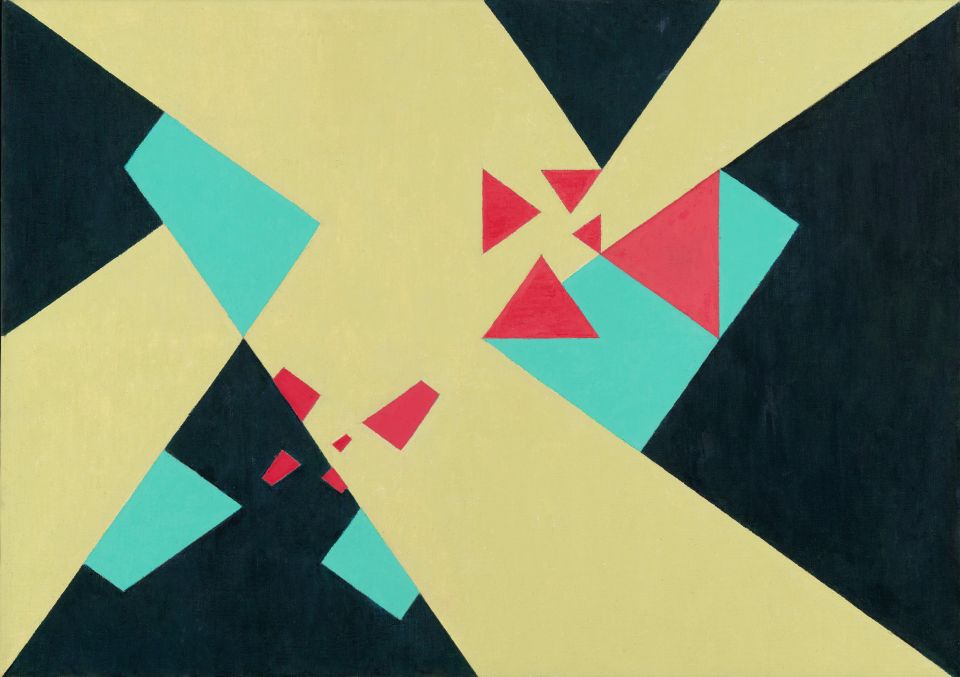 The exhibition examines the rise of this dramatic strand in post-war British art led by the example of Victor Pasmore, who famously converted to abstract art in the late 1940s. But it was 1951 that would prove to be a vital year for the arts in Britain. The Festival of Britain was staged across the country to celebrate the arts, sciences, technology and industrial design. In the same year, the first exhibition devoted to abstract art since before the War was presented by the Artists’ International Association; Victor Pasmore and Mary Martin made their first relief sculptures, and Kenneth Martin his first mobile.
Opening with a selection of significant reliefs – a pivotal art form in Britain in 1951 – the exhibition goes on to look at the transition into abstraction that occurred at this time. Process-based artworks from the 1950s will demonstrate their mathematical or scientific foundations, before charting the development into participatory or kinetic art forms. Exploring the emotive and optical effects of colour and pattern, the exhibition ends with work by the painters and printmakers who have engaged in geometric abstraction since the 1960s.
Artists include Robert Adams, Yaacov Agam, Rana Begum, Anthony Caro, Lygia Clark, Natalie Dower, Adrian Heath, Anthony Hill, Michael Kidner, Kenneth Martin, Mary Martin, François Morellet, Victor Pasmore, Jean Spencer, Takis, Mary Webb, Victor Vasarely, Gillian Wise and Li Yuan-Chia.
The exhibition marks a significant bequest to the Sainsbury Centre from Joyce and Michael Morris. Following an extensive conservation project, many of these important works will be exhibited in public for the first time in decades. The bequest greatly augments the collection of abstract art acquired by the University of East Anglia since the 1960s and more recent acquisitions.
Rana Begum’s immersive installation No. 670 Mesh (2016) will be installed in the East End gallery, dynamically interacting with the Sainsbury Centre architecture. This follows its inclusion in Rana Begum: Space Light Colour in 2017, the first museum exhibition dedicated to the artist.
Designed by Hudson Architects, the exhibition honours the collaboration between many constructivist artists and architects. The exhibition is curated by Tania Moore, The Joyce and Michael Morris Chief Curator of Art at the Sainsbury Centre, who has been appointed to research the artworks in the Morris bequest and the related area of constructed abstract art in Britain. The exhibition is accompanied by a fully illustrated catalogue with new photography and research.

By Road:
Turn onto the B1108 towards Norwich city centre. After approximately 1 mile, turn right into the UEA campus (well signposted). At the porter’s lodge, ask for directions to the Sainsbury Centre car park.

By Public Transport:
From Norwich station it is 3 miles to Sainsbury Centre for Visual Arts.