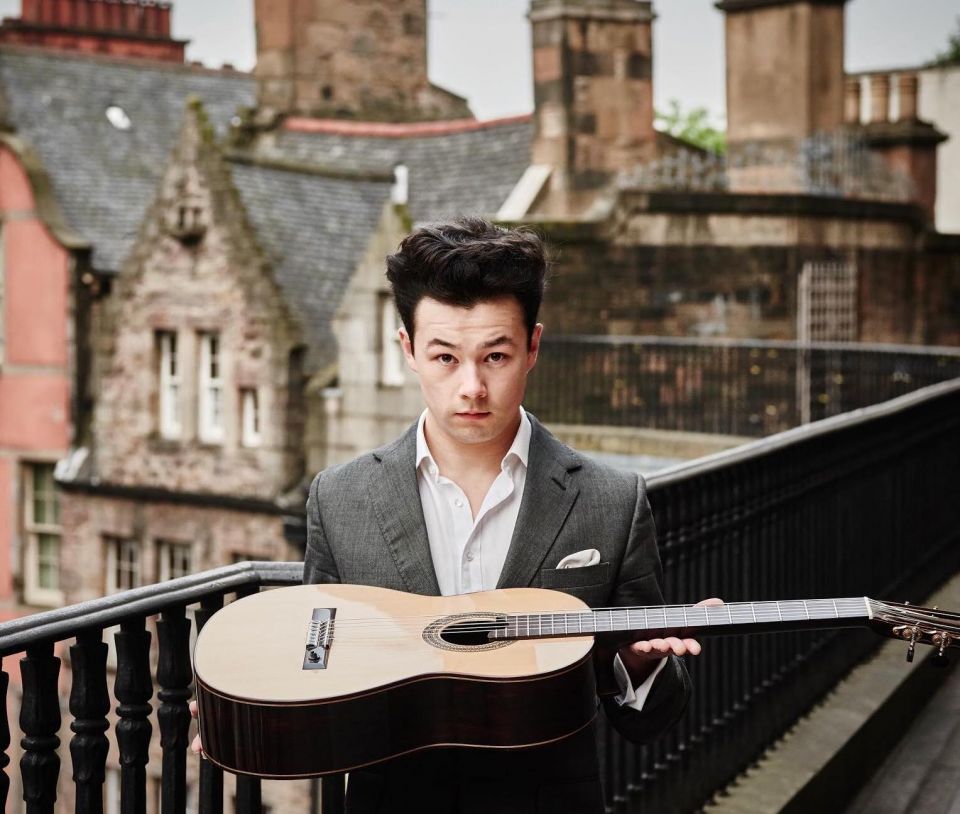 ‘Shibe’s music-making is masterful, beautiful and convincing in every way’

Sean Shibe is one of the most versatile and innovative guitarists performing today, widely known for having ‘one of the most discriminating ears in the business’ (Gramophone). His programme for the Granary spans centuries and continents, from 17th century Scotland and 18th century Germany, to 20th century Paraguay and Brazil and 21st century Israeli and American jazz. For an instrument most widely associated with Iberian music, this fascinating chronology paints an alternative picture of the classical guitar.

Sean’s 2021 album Camino (Pentatone) was Recording of the Week for The Guardian, Presto Classical and The Times who described it as ‘one of the most compelling and touching recitals for the instrument I can recall’. His string of acclaimed successes for Delphian Records include Editor’s Choice in Gramophone and a BBC Music Magazine Instrumental Award nomination. The Gramophone Award-winning softLOUD (2018) for both acoustic and electric guitar was hailed as ‘spectacular’ (Gramophone) and ‘gripping’ (The Guardian). His international performing career includes concerts at Wigmore Hall, BBC Proms Southbank, Liszt Academy in Budapest, the Alte Oper Frankfurt and Musashino Hall (Tokyo). Recent collaborators include the Danish String Quartet, flautist Adam Walker, cellist Isang Enders, harpsichordist Mahan Esfahani, singers Allan Clayton and Robert Tritschler; and performance artist and art filmmaker Marina Abramoviƒá.

Born in Edinburgh in 1992, Sean Shibe studied with Allan Neave at the Royal Conservatoire of Scotland and Paolo Pegoraro in Italy. He was the first guitarist to be selected for the BBC Radio 3 New Generation Artists scheme, and to be awarded a Borletti-Buitoni Trust Fellowship.

‘What’s really striking is the way in which Shibe sustains a world of intensity and introspection through playing that buzzes with vitality.

The attention to detail in his playing is breathtaking; nothing interrupts the flow of the music, and nothing is done purely for effect.’

The Guardian, Classical Album of the Week ****