Steeped in history dating back to the Bronze Age, west Suffolk market town Bury St Edmunds also benefits from a sophisticated cultural scene and a great sense of civic pride, with nearly every major roundabout heading into town features a unique piece of contemporary art, depicting key moments in the town’s history (pictured).

Bury St Edmunds took its name from a former King of East Anglia who, after refusing to give up his Christian faith in 869 to a bunch of invading Danes, was tied to a tree, shot full of arrows and finally beheaded. Edmund’s head went missing until it was discovered being looked over by a wolf. When reunited with his body, the two parts miraculously reattached and a new saint was born. St Edmund was the original patron saint of England and remains the heavenly protector of wolves, torture victims and perhaps more contemporarily, pandemics. In 2020, the Abbey of St Edmunds celebrated its 1,000th birthday.

Culturally, Bury is home to the nation’s sole surviving Regency theatre, the Theatre Royal, as well as a state-of-the-art arts centre, The Apex, and Moyse’s Hall Museum with its remarkable artefacts, including real-life wands.

The town’s self-titled annual festival takes place in May and features a 10-day programme of music, dance, drama, film and literature.

Bury also hosts an annual Sci-Fi festival every October, which features screen props and replicas, original artwork and much more from the likes of Star Wars, Doctor Who, Marvel and DC. 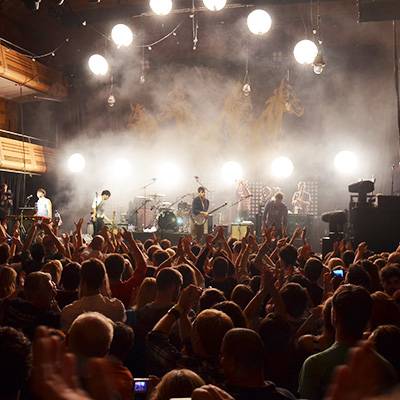 The Apex is an award-winning, state-of-the-art music and entertainment venue, located in the heart of Bury St Edmunds.

From rock to pop, world to jazz, classical to folk, The Apex supports a diverse and exciting programme throughout the year, with many musicians describing the 600-capacity venue as enjoying the best acoustics in the UK, if not Europe.

The Apex also hosts a cafe, situated in the foyer, and seating upstairs where you can take in the artworks on display in The Apex Gallery. 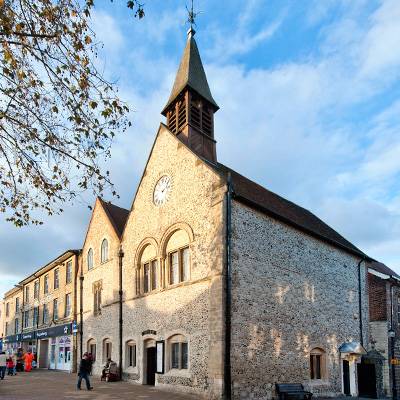 The landmark 12th Century building’s rich and varied past has included serving as the town’s jail, workhouse and police station, before first opening as a museum in 1899.

Today the museum offers a fascinating view into the past with collections that document the foundation of the early town: from the creation and dissolution of the abbey, to prison paraphernalia and artefacts providing intriguing insights into superstition and witchcraft.

The Theatre Royal is a vibrant 200-year-old theatre that was restored to its original Regency splendour in 2007.

As a Grade 1 listed building it is the only theatre in the National Trust portfolio and remains the last working Regency playhouse in the country.

The theatre produces three in-house productions each year with the annual pantomime a firm favourite among audiences.

Another essential element to Theatre Royal’s identity is community engagement. Run by Associate Artists, the theatre works with young people, disability groups, survivors of domestic abuse and people in recovery from substance abuse; with the aim of growing and enhancing local lives.

The theatre’s Summer School is also designed to provide opportunities for young people to work alongside professional cast and crew on a production.

As one of England’s great archaeological sites, West Stow has extensive indoor galleries and a stunning recreation of an Anglo-Saxon village surrounded by 125 acres of unspoilt countryside.

Visitors to West Stow can explore history and nature, watch a film, dress up as an Anglo-Saxon or say hello to the rare breed pigs and chickens.

Upcoming events include a Real Middle-earth guided tour, which explores the Anglo-Saxon origins of The Lord of the Rings, as undertaken by a member of the Tolkien Society. 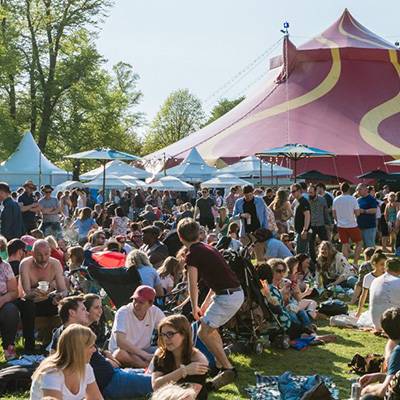 Taking place over 10 days in May, the Bury St Edmunds Festival offers an inspiring programme of music, dance, drama, film, literature, and more.

The festival began in the early 1980s as a weekend of ‘words and music’. It has since has grown into a major regional celebration that offers a mix of over 50 indoor and outdoor events and workshops, staged across 12 spaces and venues in and around the town.

Weekly parent and baby screenings attract mums and dads who meet for coffee, chats and screenings.