Great Yarmouth may well be synonymous with saucy postcards and amusement arcades, but its cultural roots run deep.

Charles Dickens set key scenes of David Copperfield in Yarmouth and stayed at the Royal Hotel while writing the novel; describing the town as “the finest place in the universe.” While Robinson Crusoe author Daniel Defoe, simply remarked that Yarmouth was “infinitely superior to Norwich.”

Culturally, Yarmouth is home to the nation’s only full-time circus in the shape of The Hippodrome, which is one of only three circus buildings in the world in which the floor transforms into a swimming pool in front of the audience’s eyes.

The town is also home to SeaChange Arts: an independent charity that delivers opportunities for artists and communities through circus and street arts. Seachange also put on the Out There street arts festival (pictured), which takes over the town’s streets, parks and venues every September.

Theatre buffs need look no further than St George’s, a former chapel and one of only 10 remaining Grade I listed theatres in the UK. While those with an interest history will be drawn to no less than three museums in the town: Time and Tide, the Tolhouse and the Elizabethan House.

Add in the endless sandy beaches and the wide choice of hotels and eateries, and you’ll have everything and more for the perfect minibreak or longer stay. We’ll then leave it up to you to decide whether Mr Defoe had a point. 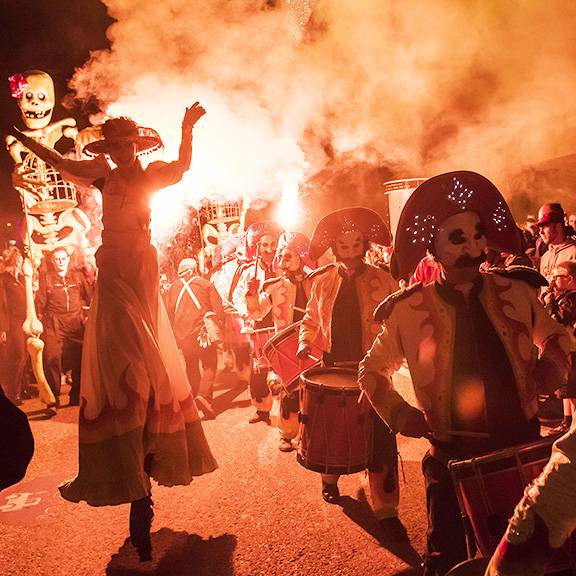 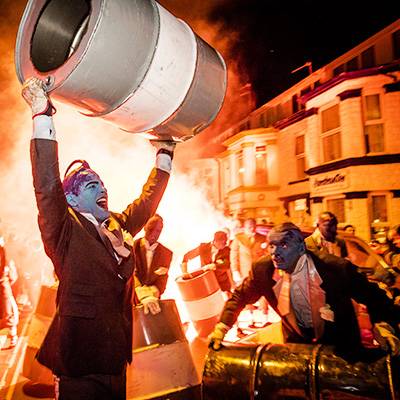 Located at the heart of the emerging cultural quarter of Yarmouth is the Drill House: the Grade II listed former home of a regional regiment of old.

Since 2012 this flint-fronted building has been the home of SeaChange Arts and, with a £1m investment from Arts Council England in 2016, is now a dedicated circus and street arts creation and training facility that offers residencies to artists and companies from these and other disciplines.

In addition, SeaChange run numerous classes, from yoga to circus skills, from the Drill House, all while working up a variety of ambitious year-round projects.

Much of this work is showcased at September’s Out There Festival, which is one of the UK’s largest free festivals of street arts and circus, and regularly attracts audiences in excess of 60,000 people. To find out more about Out There Festival click here

When the Drill House was forced to close during the Covid-19 lockdown, SeaChange would every day leave bags of circus apparatus outside of the Drill House for members of the public to take away for free and learn new skills – and that’s just one of the reasons why we love them. 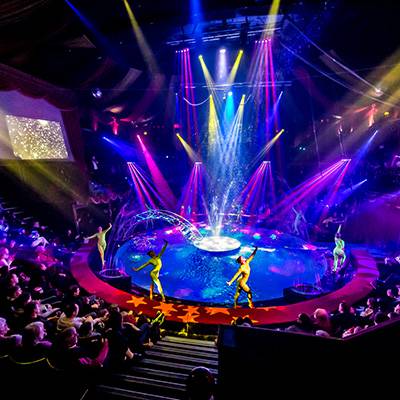 Taken over in the 1970s and restored to its former glories by Peter Jay, a former 60s pop star who toured with The Beatles and the Rolling Stones, The Hippodrome is a Great Yarmouth institution.

Originally built in 1903, the venue is the last remaining operational purpose-built circus in the UK, and one of only three in the world in which the floor transforms into a swimming pool in front of the audience’s eyes.

The Hippodrome is still to this day run by the Jay family, who stage four productions a year, covering off easter, summer, Halloween and Christmas seasons.

The museum also shows short films explaining the technical aspects of the water show and video highlights from across the years. The museum is open after each performance – admission is included with every circus ticket.

Jack Jay, producer, director and ringmaster of The Hippodrome says, “This really is a must see venue, described as one of the ‘Seven wonders of the British seaside.’ It is a magical experience like no other.”

St George's Theatre
Once a chapel, twice a theatre,
Yarmouth's only year-round playhouse 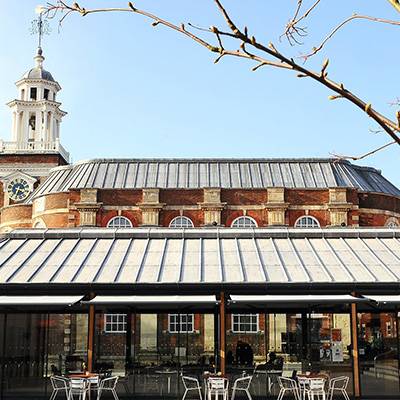 This Grade I listed building originally became a theatre after a local amateur drama troupe took over the then derelict chapel in the 1970s.

The building eventually fell back into disrepair and was closed in 2006. It lay empty, supported by scaffolding, for three years before being saved and renovated through a Heritage Lottery grant.

St George’s finally reopened its doors and raised its curtain again in 2009.

These days, the theatre’s futures is more secure, through the additional hosting of weddings, conferences, indoor markets and antiques fairs. 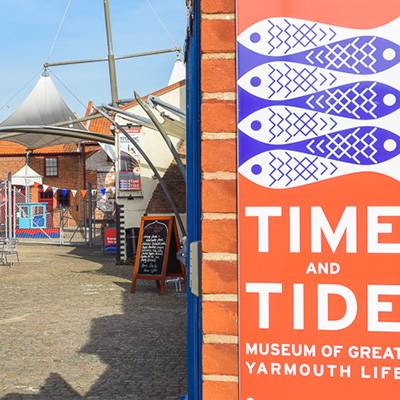 Discover Yarmouth’s fascinating history, its rich maritime and fishing heritage and some of the colourful characters who made their living from the sea at the town’s Time and Tide Museum.

Follow Yarmouth’s transformation from a sandbank to the present day, through times of boom and bust and of war and peace – and then relax in the spacious courtyard beneath a canopy of sails, surrounded by historic fishing boats. 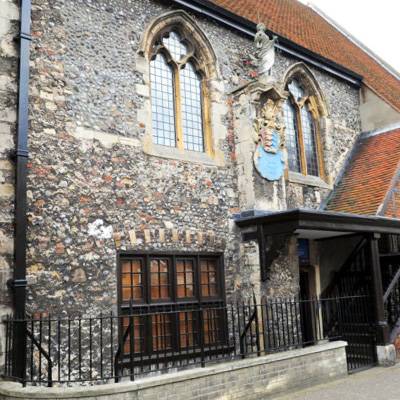 As one of the oldest prisons in the country, the Tolhouse Gaol is packed with stories of thieves, smugglers, witches, pirates and murderers, from the days when punishment included transportation and grisly executions.

The Tolhouse has been home to pirates, robbers and murderers as well as countless common crooks. It has been attacked by rebels and rioters and gutted by enemy bombs.

Since the 1880s, the Tolhouse has housed a museum and now tells the story of the building and of crime and punishment in Yarmouth through exciting displays and hands-on activities. 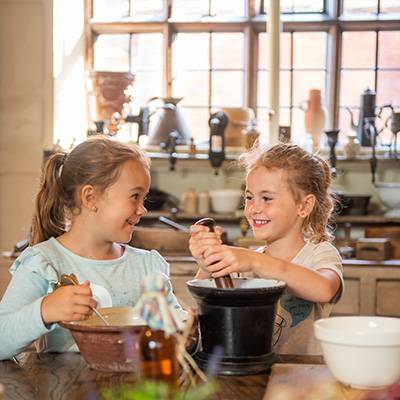 This former home to merchants and prominent locals – with its wood panelled rooms, richly decorated ceilings and imposing stairway – is renowned for its connections with Oliver Cromwell.

The UK’s only republican head of state is said to have frequently visited his friend John Carter, a prominent Yarmouth merchant who lived at the house.

The premises became a regular meeting place for Parliamentarians during the Civil War and it is here (allegedly) in November 1648, that the fate of Charles I was decided.

Try on replica Elizabethan costumes and learn about upstairs / downstairs life of its Victorian inhabitants.

Heather Jermy, General Manager of the Norfolk’s Blickling Estate, says of the museum, “The Elizabethan House is truly a hidden gem. The building is home to beautiful Jacobean interiors and an intriguing array of stained glass peppered throughout. The house boasts a fascinating history as well, with links to the merchants of Yarmouth, Oliver Cromwell and the fated Gunpowder Plot. It’s a fantastic place to escape into history.” 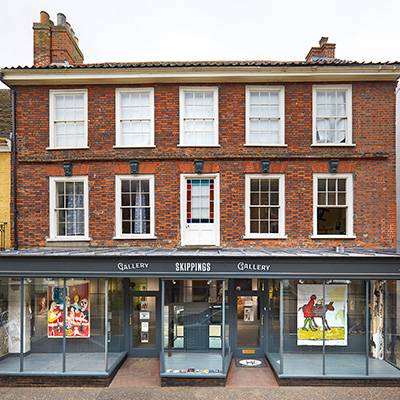 Skippings is a contemporary art gallery at the heart of Great Yarmouth’s historic King Street.

Housed in a 17th century merchant’s house, this Grade II listed building was given a new lease of life in 2014 by Great Yarmouth Preservation Trust, a charity working to preserve, safeguard and promote the town’s rich culture and heritage.

Conservation works ensured the careful preservation of the building’s beautiful original features, making it worth a visit in its own right.

Since opening, the gallery has become an important focal point for the town’s vibrant artistic community, but also showcases internationally acclaimed talent.

The space serves as an important cultural hub for the local community and is regularly used for workshops and events, as well its diverse programme of exhibitions.