Historic highlights of the East of England

From the Romans and Vikings to peace and trade with Europe

Human evidence in the East of England stretches back 850,000 years on the Deep History Coast, but those first tourists to the UK didn’t leave much behind beyond footprints. The Romans did however, and it’s with their arrival that this itinerary begins.

The Anglo-Saxons gave the region its alternative name, East Anglia, and they were followed by the Vikings.

This tour of the region highlights the long and enduring connectivity the East of England has with Continental Europe, from invasion to co-operative mercantile trade. 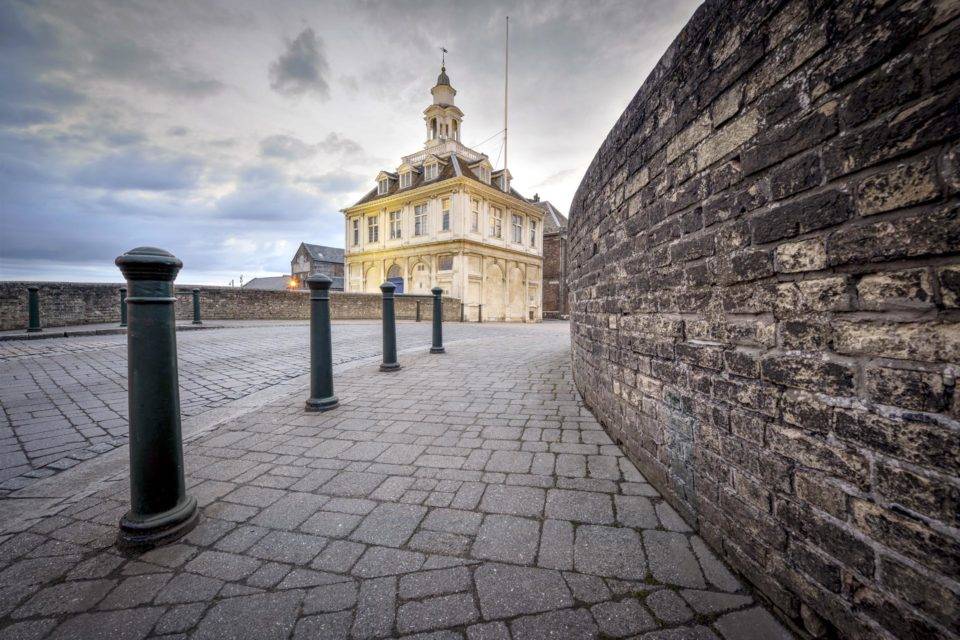 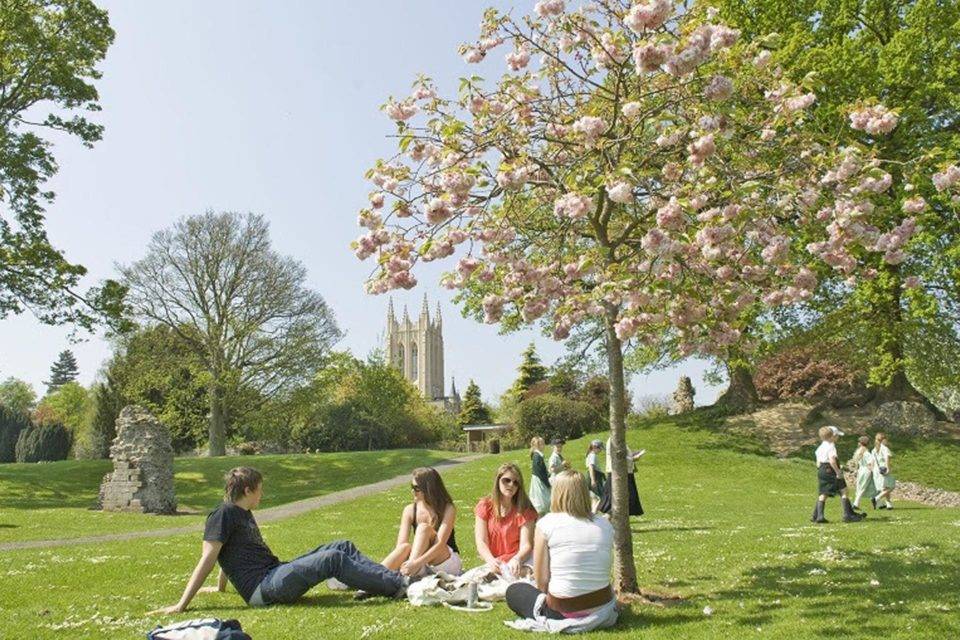 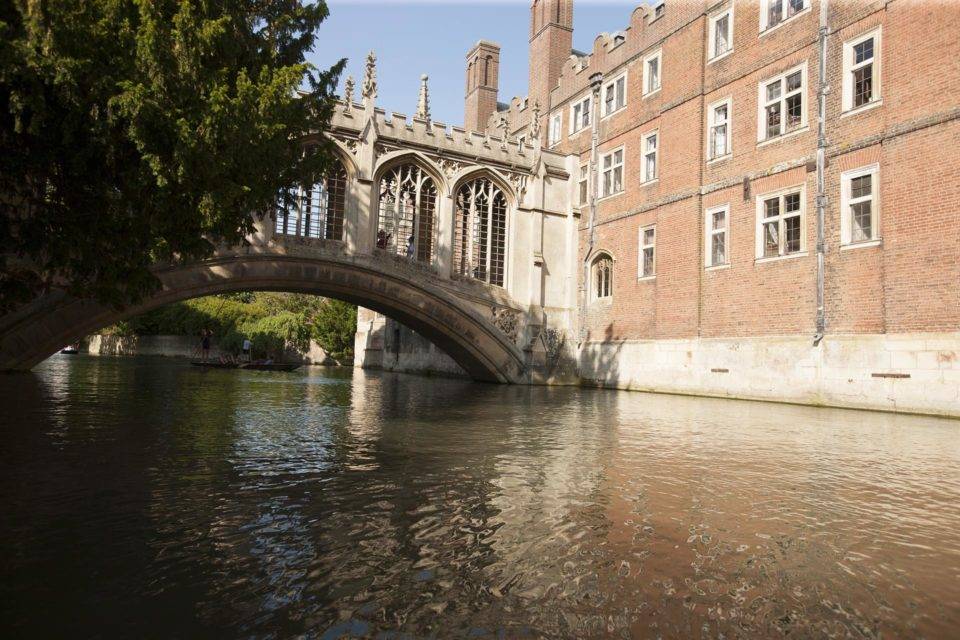 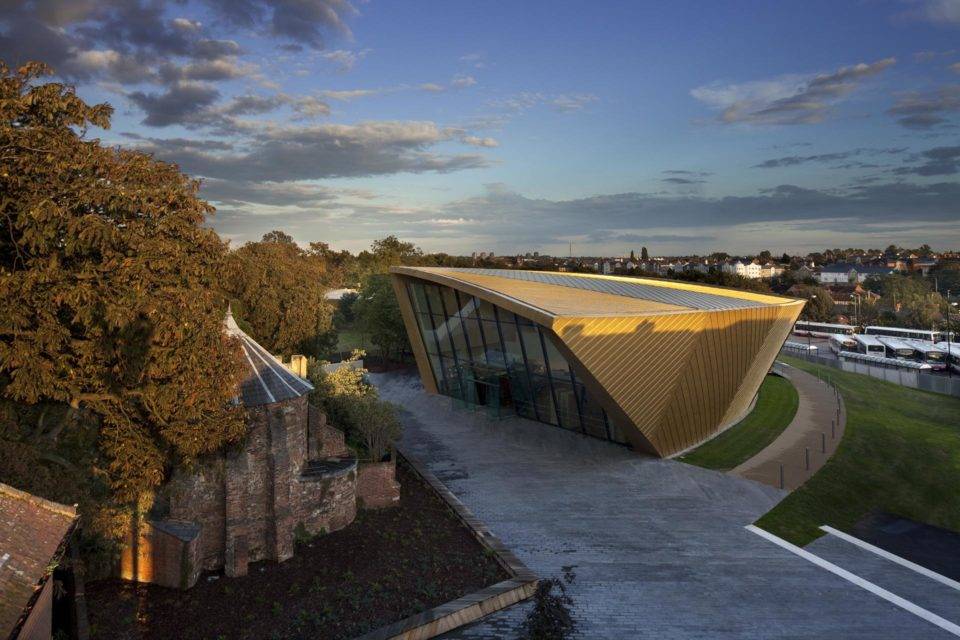 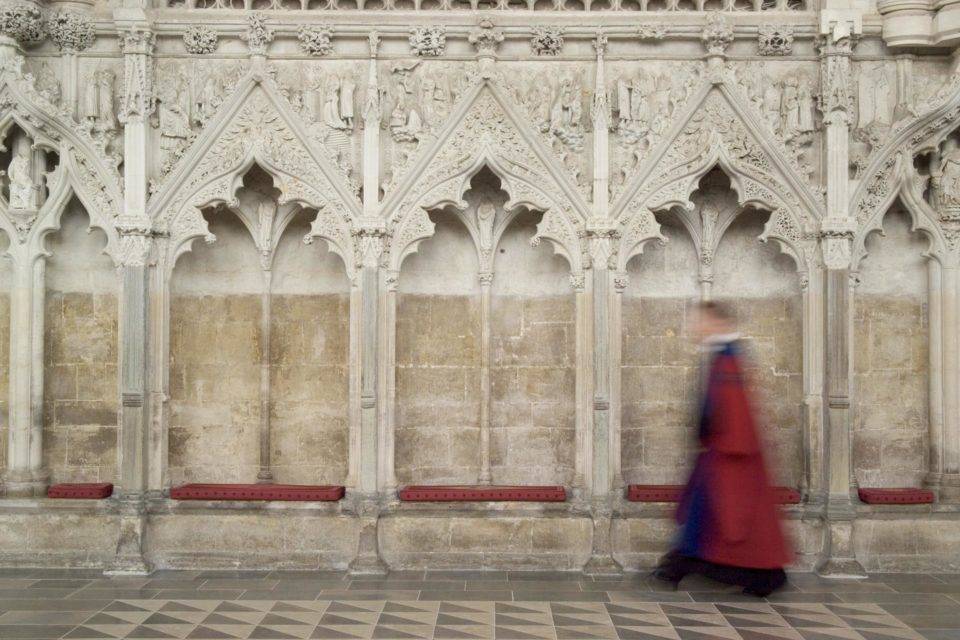 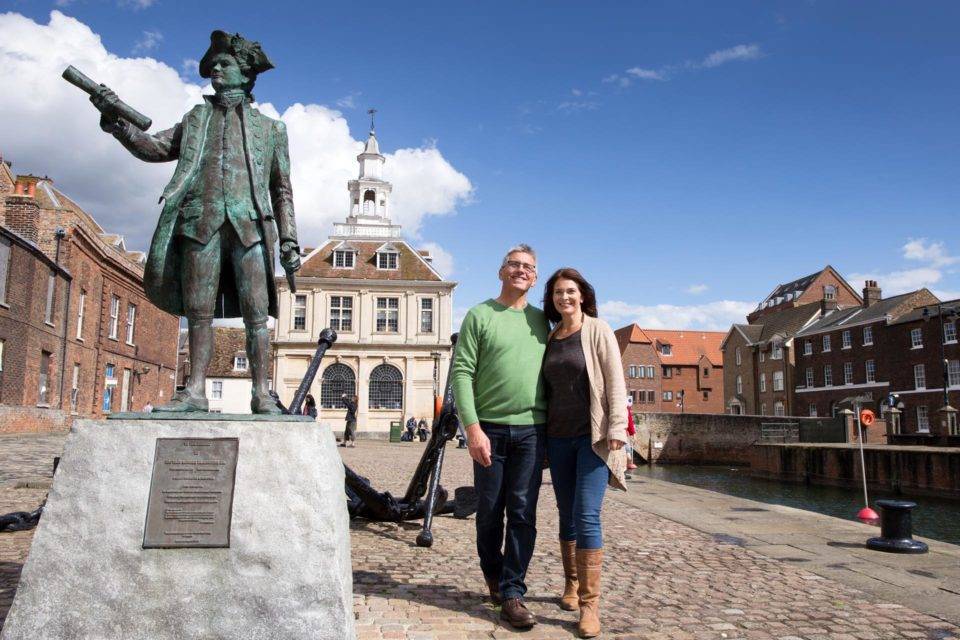 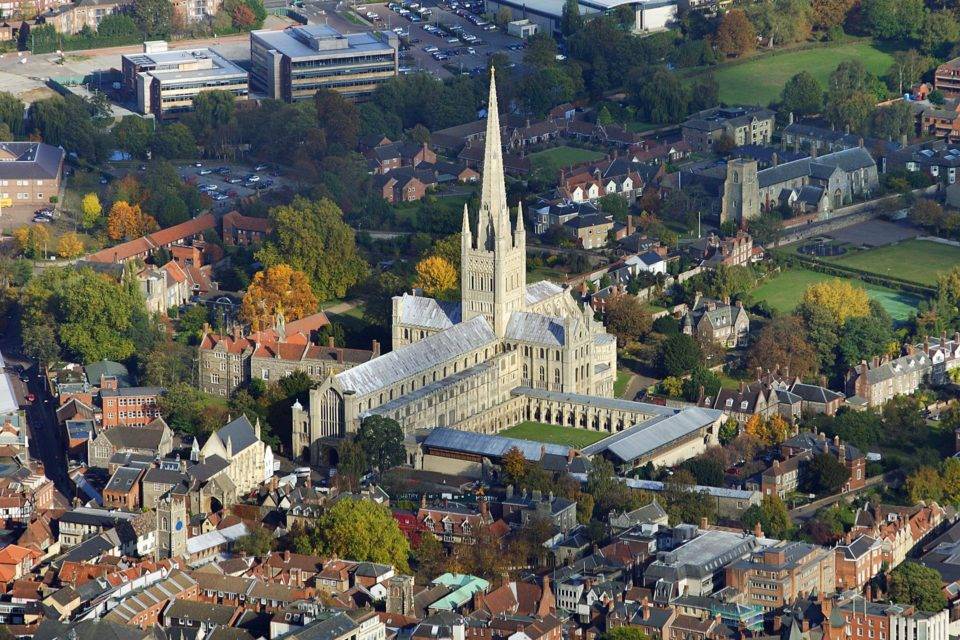 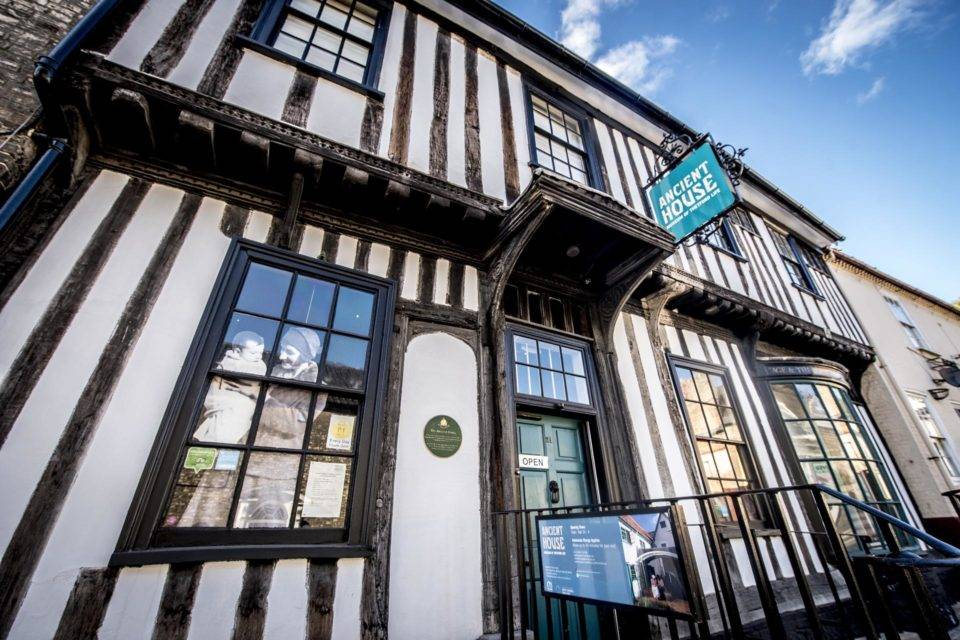 The Romans built a fort here in 44 AD, a year after their invasion, calling it Camulodunum, from the name of the Celtic god of war Camulos and the Roman word for fort, dunum. Yes, it does sound similar to Camelot. Some believe this is where the legend of King Arthur began. In 61 AD Queen Boudicca led a rebellion with her Iceni tribe and she razed Colchester to the ground. It was rebuilt and in 77 AD become the first recorded town in the UK.

Today, there are many reminders of Roman times.

Historic Colchester
Seafood lovers should head to nearby Mersea Island to enjoy the excellent oysters, just as the Romans did.

A short drive away is Dedham Vale, an Area of Outstanding Natural Beauty that inspired by the famous English landscape painter John Constable.

After the Romans left, the Anglo-Saxons began to arrive from Germany and settle in the region. These were the people who gave us Angle-land – England. Then came the marauding Vikings from Scandinavia.

The magnificent cathedral here is named after St Edmund, the original patron saint of England. Edmund the Martyr was king of East Anglia in the 9th century and fought with King Alfred of Wessex against the Pagan Vikings and Norse but was captured, shot through with arrows and beheaded.

The finest of Suffolk’s medieval Wool Towns, Bury St Edmunds also has the charming Abbey Gardens, the last Regency playhouse in the UK and is home to the Greene King Brewery – enjoy a tour and tipple.

Lavenham is another nearby Wool Town worth visiting – it has hardly changed in four hundred years.

Day 3
Thetford
Gateway to the Brecks

The ancient town of Thetford is the gateway to the Brecks, an area of outstanding wildlife, rich history and the perfect location for outdoor eco-adventure.

After the Norman Conquest, Thetford’s Priory was built as was the Castle – today you can climb up what is the largest motte, or earthworks, in England. The views are good.

In the riverside town you will find three significant statues that tell later stories.

The first is of 18th century radical Tomas Paine, whose writing about the Rights of Man encouraged the American War of Independence and the abolition of slavery. The second is of Maharajah Duleep Singh, the first Sikh to settle in the UK, and who gave as a gift to Queen Victoria the world’s largest diamond, the Kooh-i-Noor, which is the focal point of the Crown Jewels. Duleep Singh built Elveden Hall just outside the town.

The last statue is of Captain Mainwaring, the irascible leader of the Home Guard detachment in the popular BBC comedy Dad’s Army which was mainly filmed at Thetford.

Discover more at the Ancient House Museum of Thetford Life.

Nearby are Neolithic flint mines at Grime’s Graves – you can descend into one shaft – and the National Trust-run, moated Oxburgh Hall.

Day 4
Cambridge
Plus the home of horseracing

Possibly the most famous university city in the world, Cambridge is a mecca for tourists visiting the UK. Founded in 1209, the university is integral to the city centre and the best way to properly appreciate them is to head out on a punt on the River Cam to explore The Backs of the colleges.

Explore The Fitzwilliam Museum and have a pint in the 1667 Eagle pub, famous for its RAF bar and where scientist Francis Crick announced that he and colleague James Watson had discovered ‘the secret of life’ – their proposal for the structure of DNA. In fact, make that pint ‘Eagle DNA’ from the handpumps.

Opposite The Eagle is the oldest standing building in the city, St Benet’s Church with its Saxon tower dating back to 1033.

Take time to visit Newmarket, the world’s home of horseracing – discover a story that goes back to King James I at Palace House and the National Horseracing Museum.

Day 5
Ely
The Ship of the Marshes

The ‘Isle of Ely’ was only accessible by boat under the Fen marshes were drained in the 17th century which makes it all the more amazing that the Normans built a magnificent cathedral here. The ‘Ship of the Marshes’ can be seen from miles away and most of the ground you’ll be on is beneath sea level.

The second smallest city in England, Ely has a lovely waterside setting and is also home to Oliver Cromwell’s House museum, the local farmer who became Lord Protector of the Commonwealth and helped initiate a Civil War, the beheading of a king and the creation of a republic.

Day 6
King's Lynn
The Warehouse on The Wash

With more Graded buildings than any other town in the country, King’s Lynn is a walk through mercantile history. Once called the ‘Warehouse on the Wash’, the town has many impressive buildings from its medieval high water mark when it was one of the most important ports in the country and grew rich for its trading with the German Hanseatic League.

Nearby is Castle Rising Castle with one of the largest and best-preserved keeps in the UK, with 20 acres of mighty earthworks.

Also close is the Sandringham Estate, home of the Royal family. The house and grounds are open to the public much of the year.

The best-preserved medieval city in the UK, Norwich is a must-visit destination in the UK, let alone the East of England.

Norwich is a perfect combination of historic and modern, from its Norman cathedral and imposing castle, to an excellent shopping scene with independent stores in The Lanes and vibrant cultural offer and nightlife.

Walk by the riverside, enjoy Europe’s largest covered market and its ancient Guildhall, and discover cobbled streets lined with curiosity, antique and second hand book shops. Oh, and have a drink in a traditional pub like the Adam and Eve, the city’s oldest, used by 12th century masons who were building the cathedral.

Norwich is also the only city in an English National Park, the Broads, so you might have a chance to get on the water too.