This year, Bury St Edmunds in Suffolk celebrates the founding by King Canute of the Abbey of St Edmund 1000 years ago.

A year of celebrations is being coordinated, with a programme of events leading up to the weekend of St Edmund’s Day on 20 November 2020.

The first Patron Saint of England and King of East Anglia, Saint Edmund was enshrined in the Abbey consequently lending his name to the town, which was built around it. 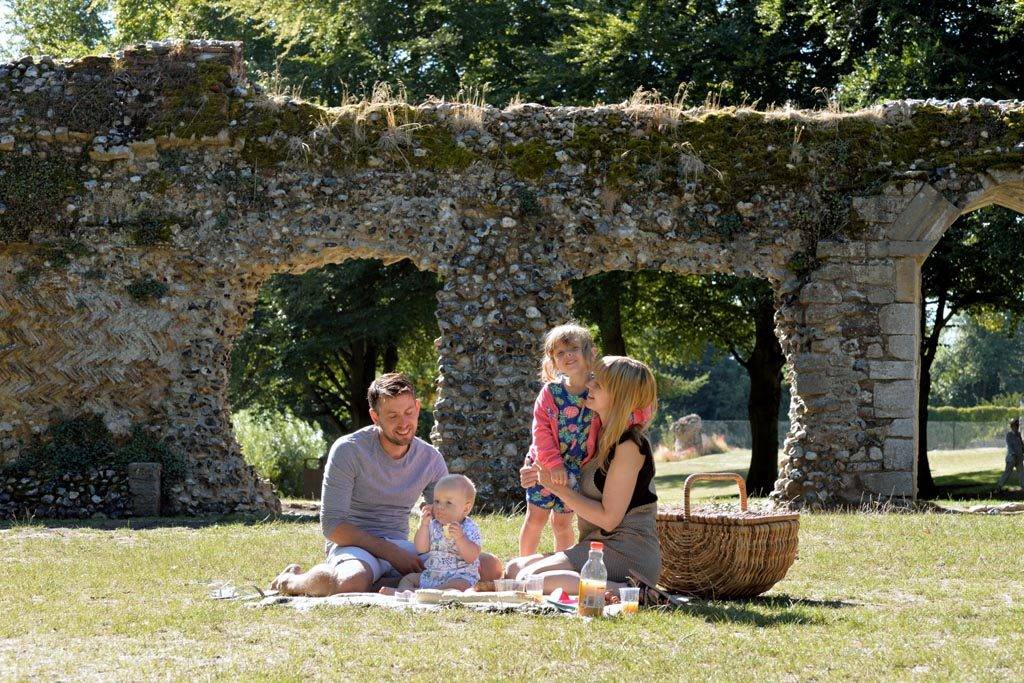 The shrine brought visits from across the UK and abroad including Royalty as the Abbey became one of the most famous and wealthy pilgrimage locations in England.

The Abbey was destroyed during the dissolution of the monasteries in 1539. Edmund’s bejewelled shrine was plundered but Edmund’s body was missing. His whereabouts are still a mystery to this day but it is thought he is buried somewhere in the Abbey’s grounds.

The Abbey is also known for its important role in the Magna Carta story. A group of Barons met at the Abbey in 1214 and swore an oath to compel King John to accept the Charter of Liberties, a proclamation of Henry I. This act led directly to the Great Charter or Magna Carta, agreed at Runnymede on 15 June 1215. 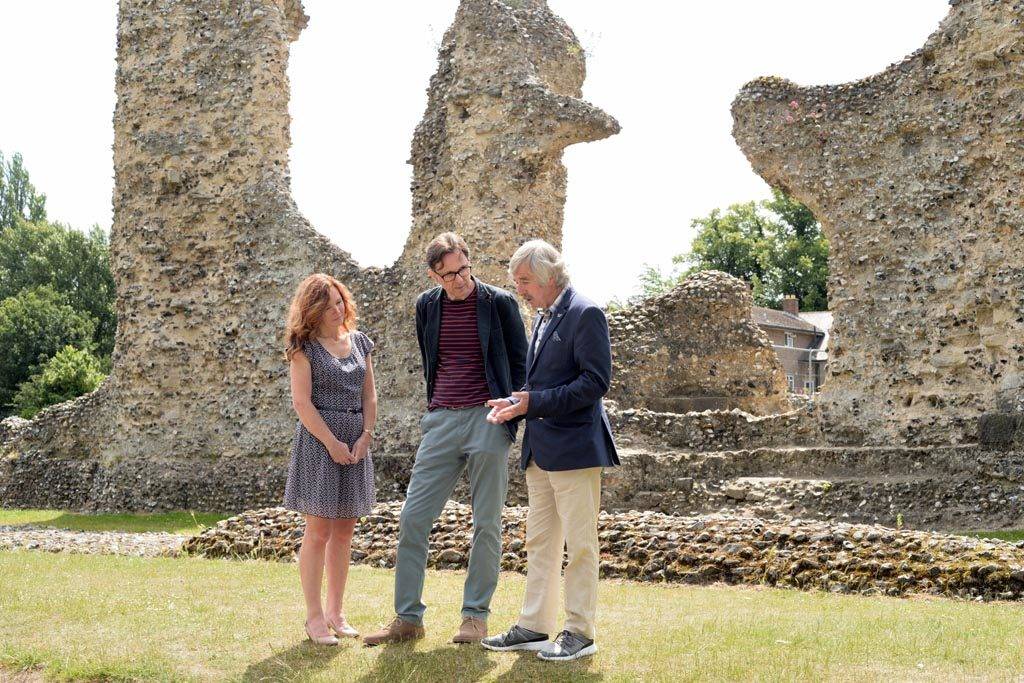 The people of Bury St Edmunds have celebrated this link for hundreds of years with the town’s motto ‘Shrine of the King, Cradle of the Law’, which refers to the historic links with King Edmund (the first patron saint of England) and the Barons’ meeting.

Today, the Abbey remains are extensive and include the complete 14th century Great Gate and Norman Tower, as well as the impressive ruins and altered west front of the immense church, St Mary’s Church and parts of St Edmundsbury Cathedral. They are surrounded by the beautiful Abbey Gardens, an award-winning 14-acre park, and visited by 1.3million people from all over the world every year. 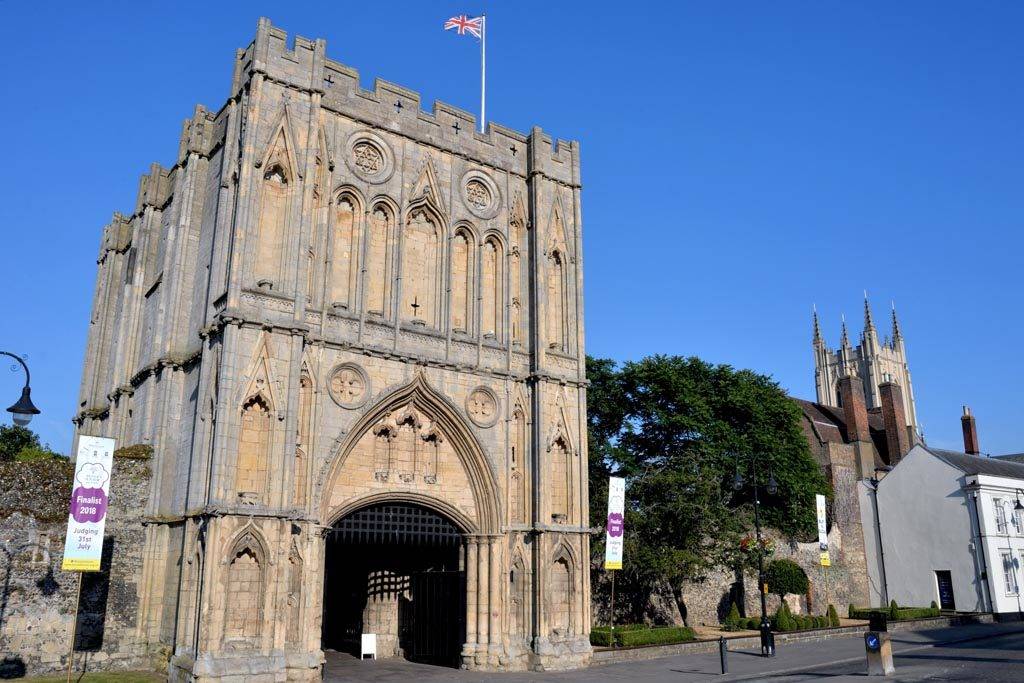 A highlight during the anniversary year will be the gathering on 23 and 24 May and procession of 100 Benedictine monks and nuns, plus 400 others, from communities across Britain and possibly from abroad for the first time in 500 years since the dissolution of the monasteries. They will be joined by Rowan Williams, former Archbishop of Canterbury.

Other special events include a pilgrimage from St Benet’s Abbey in Norfolk and Ely in Cambridgeshire and an exhibition of seven manuscripts from the Abbey Scriptorium, being reunited in their place of origin for the first time since 1539. 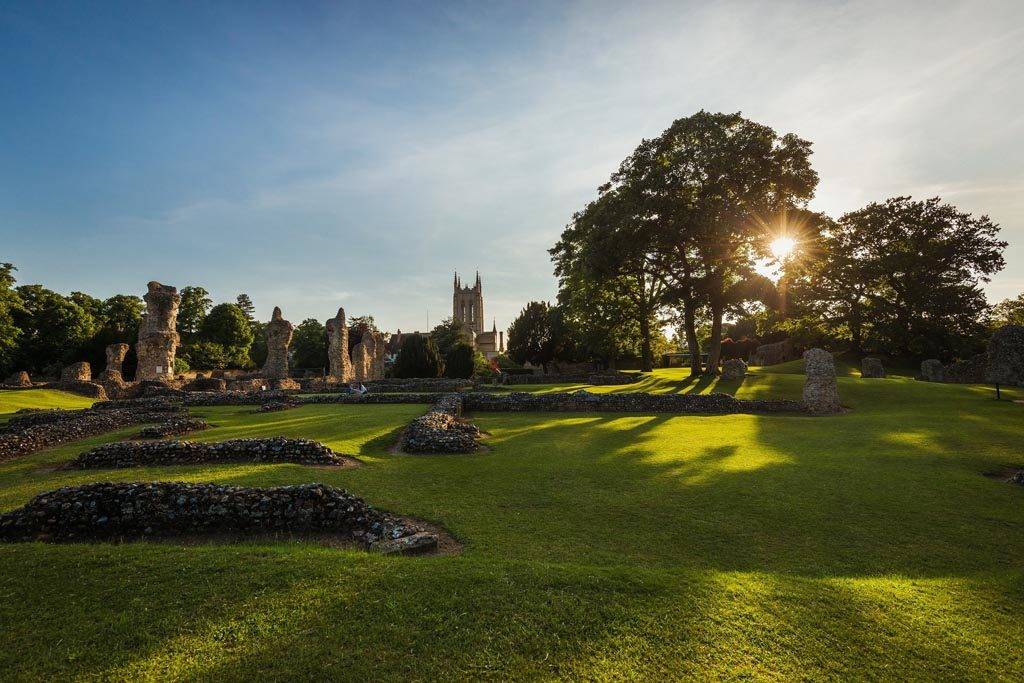 Composer John Rutter will be writing a special Millennium anthem for the Abbey of St Edmund and the 73rd Aldeburgh Festival will open at St Edmundsbury Cathedral on 12 June, as part of the 1,000th anniversary celebrations. This will mark the first ever opening night performance at the Cathedral, as well as the first time that Aldeburgh Festival has opened outside of the Suffolk coastal area in over 50 years. 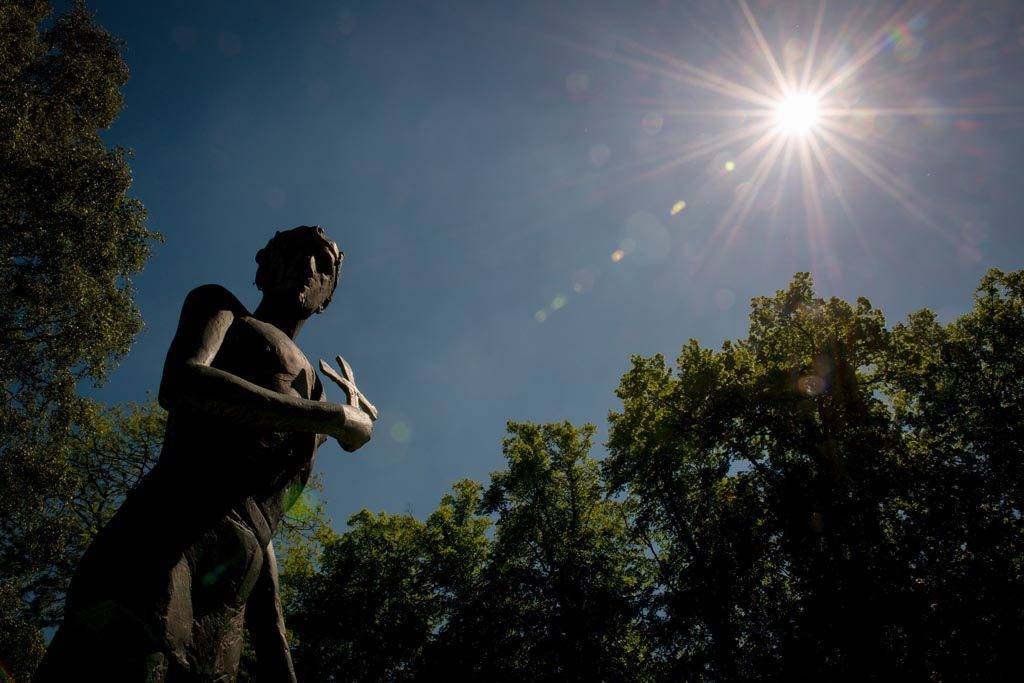 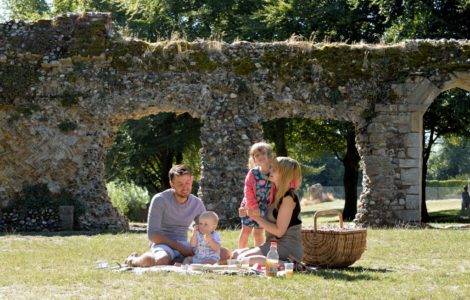