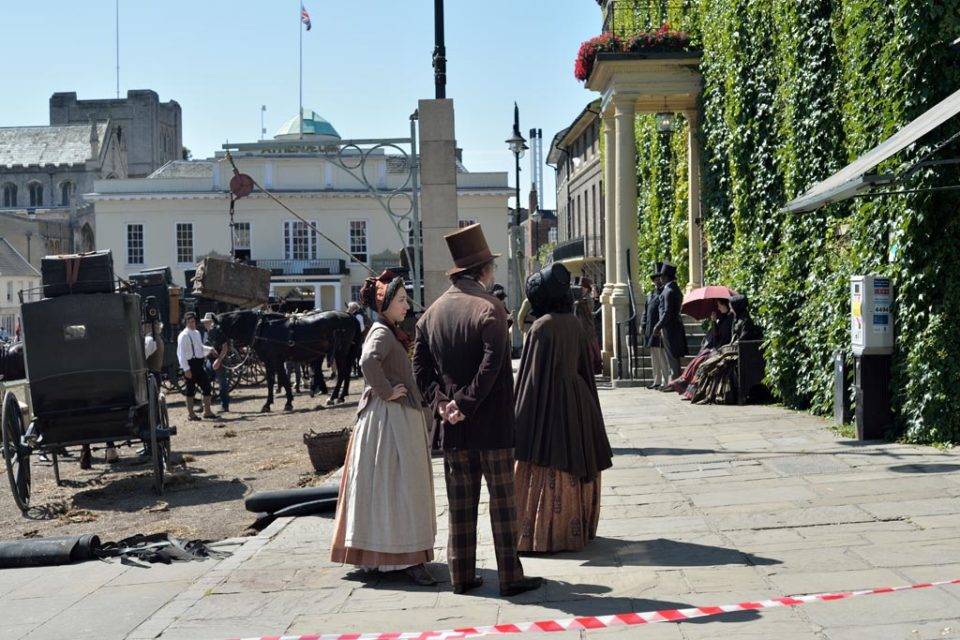 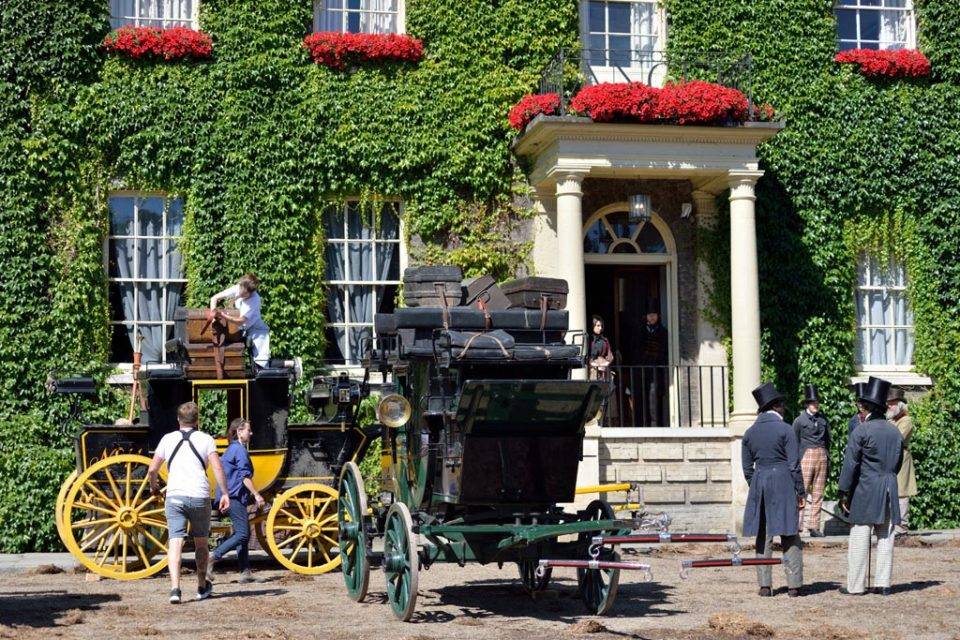 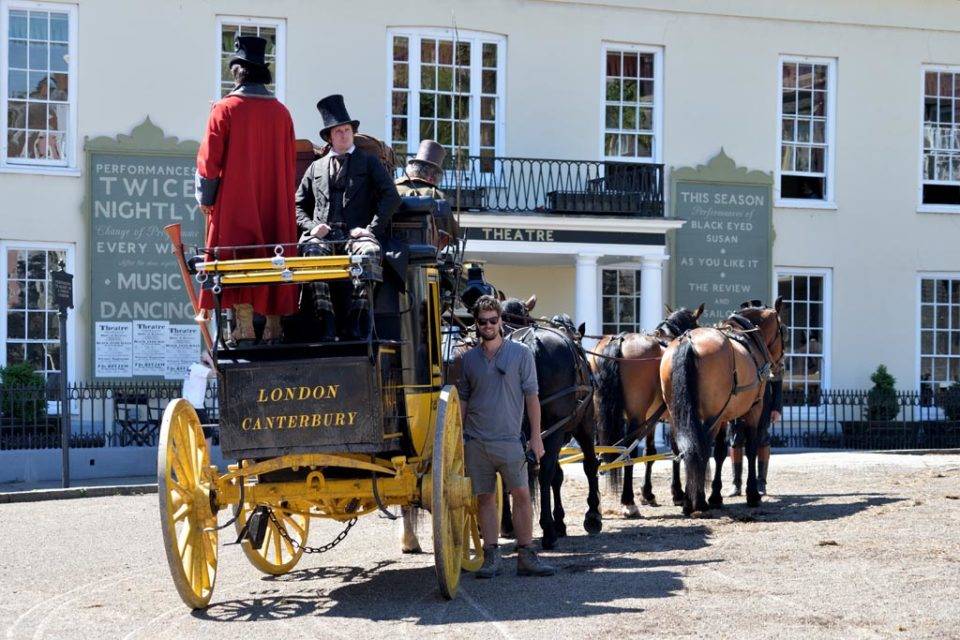 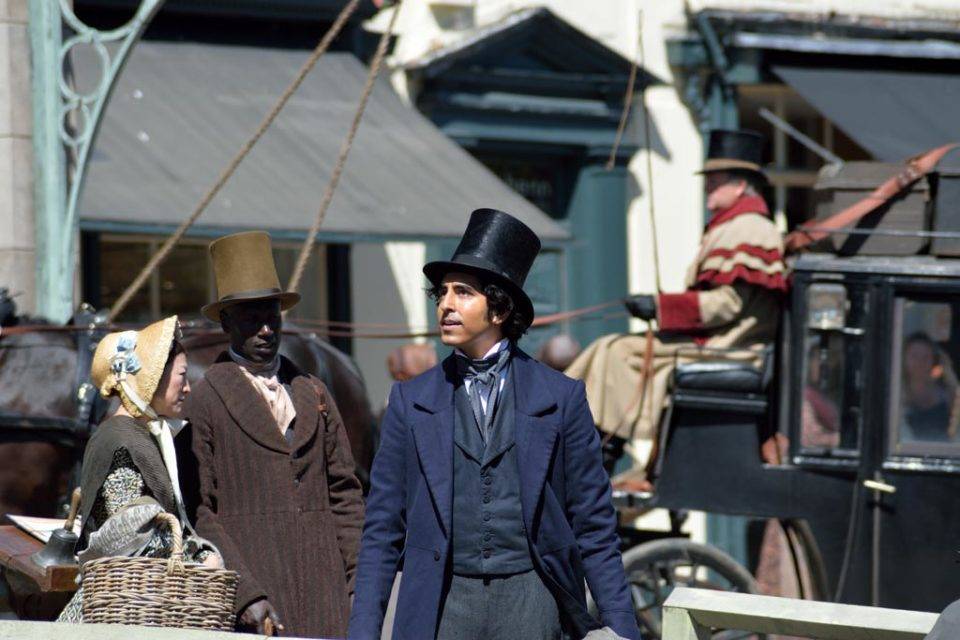 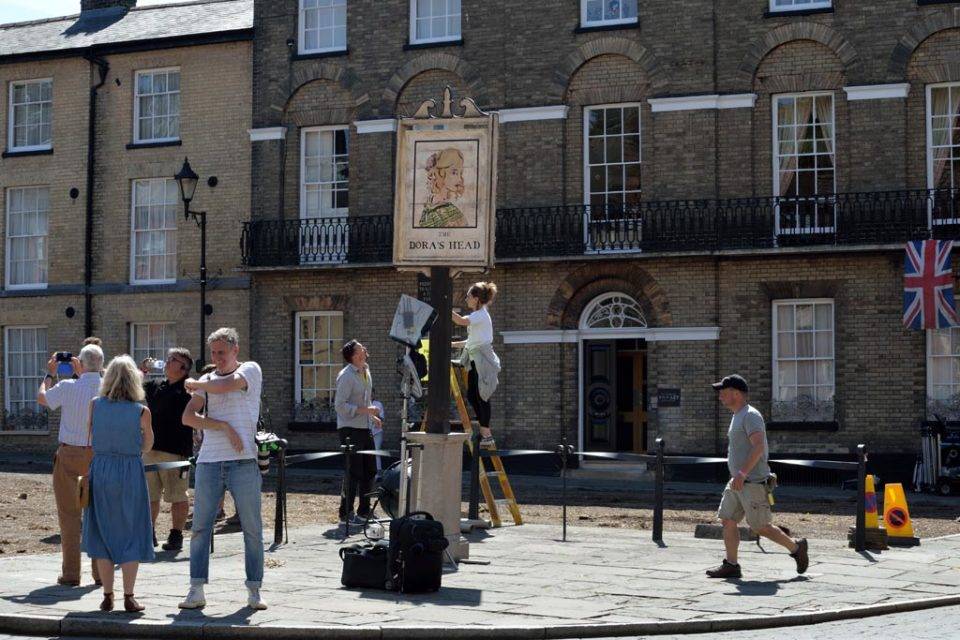 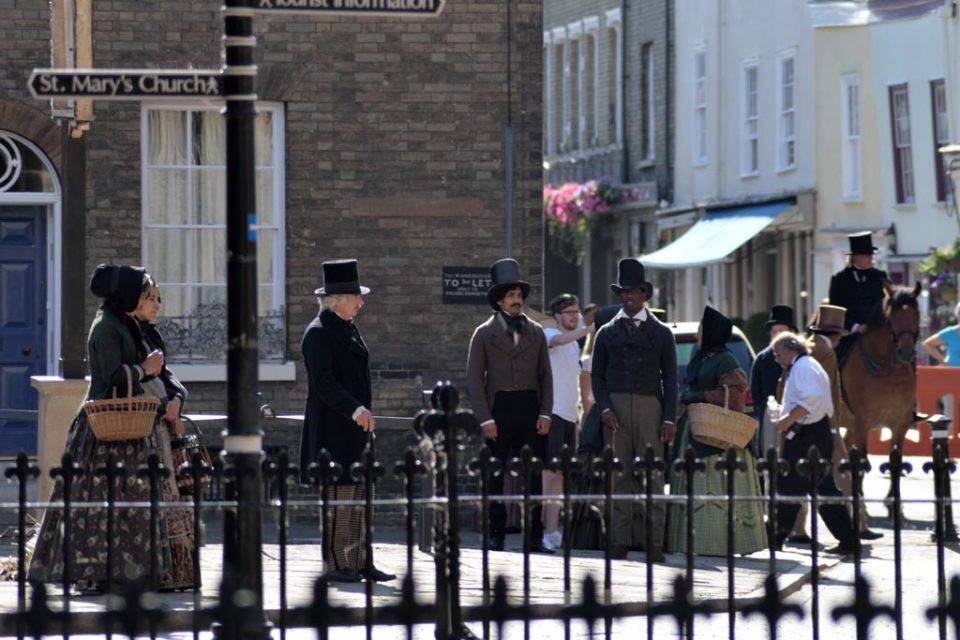 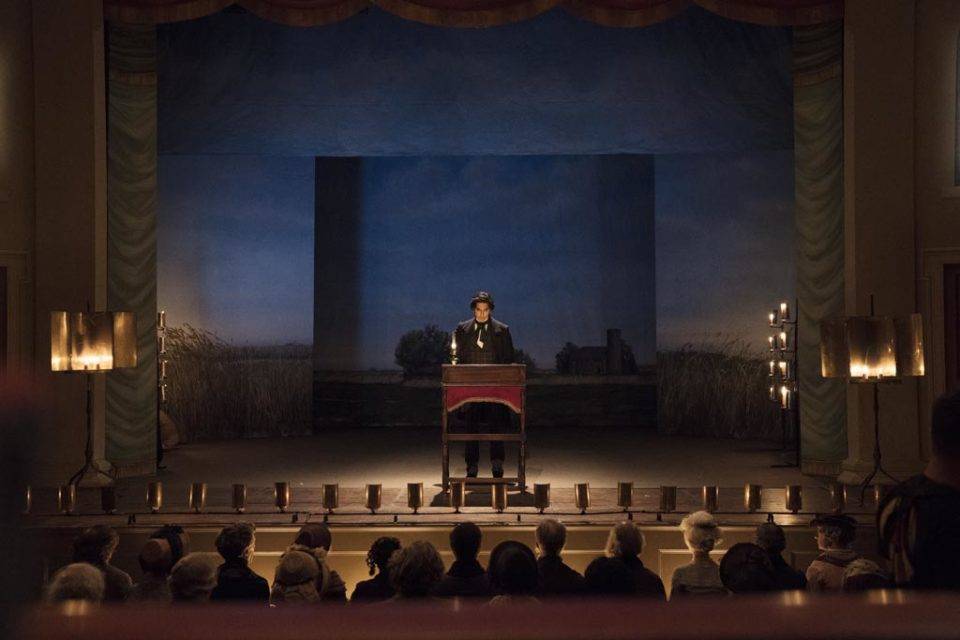 The East of England features strongly in the Armando Iannucci re-imagining of a Dickens’ classic.

The Personal History of David Copperfield is a comedy-drama with a diverse ensemble cast of screen and stage actors, including Dev Patel in the title role, as well as Hugh Laurie, Ben Whishaw, Paul Whitehouse, Tilda Swinton, Games of Thrones’ Gwendoline Christie and Peter Capaldi as Mr Micawber.

But for us, the big star is Bury St Edmunds, for which Angel Hill was converted into Victorian England, as our pictures show.

In rea life, Dickens did visit Bury St Edmunds, staying at The Angel Inn on more than one occasion and doing readings at The Athenaeum.

The Theatre Royal, Churchgate Street and Chequer Square also feature in the film. 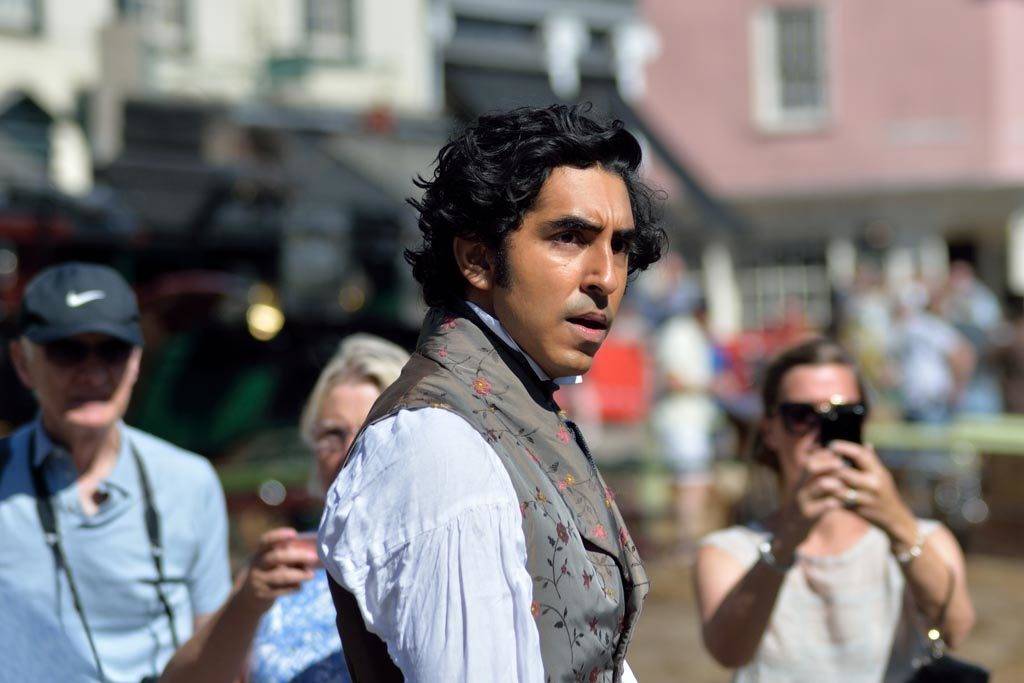 The original novel did indeed feature a coach journey from London to Great Yarmouth via Bury St Edmunds, where the Brecks were decribed as ‘barren’, seventy years before it was planted as the lowest-lying pine forest in the UK.

In David Copperfield, Dickens also has Peggotty say that Great Yarmouth was ‘the finest place in the universe’.

The film has been described as a ‘fresh, funny and utterly charming spin on Dickens’ classic’. Catch it for fabulous acting performances… and the starring role of Bury St Edmunds. 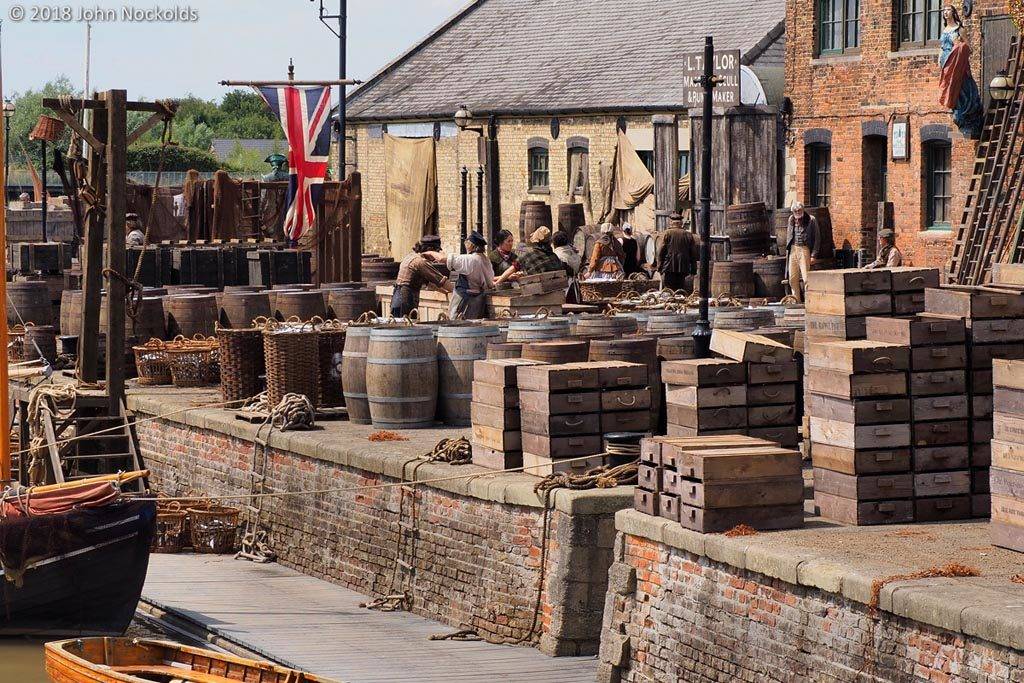 Other locations for the film were The Custom House and town centre at King’s Lynn and cliffs of Weybourne in Norfolk.

Film producers Lionsgate said, “King’s Lynn, itself once an important port, stood in for the Great Yarmouth dockside – the first time a feature film had so extensively used the town since ‘Revolution’.”

Cinematographer Zac Nicholson said, “We see [the Norfolk setting] on our way to the real heart of the film. Towards the end we get very… claustrophobic. I wanted to contrast that Norfolk landscape, stretching on forever, with the slightly intense close emotions.” 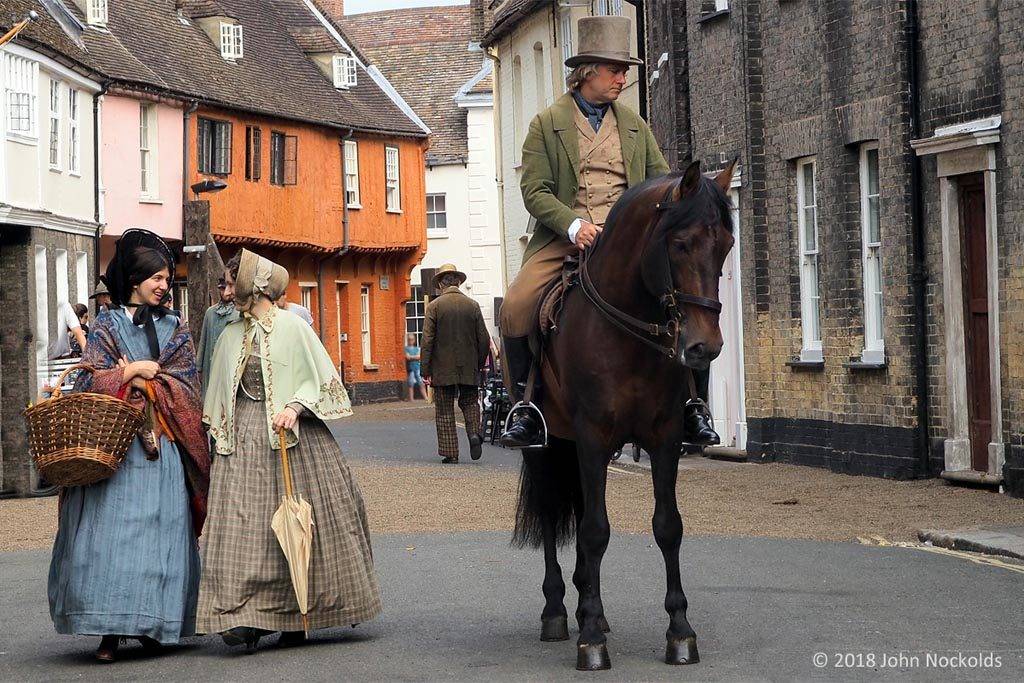 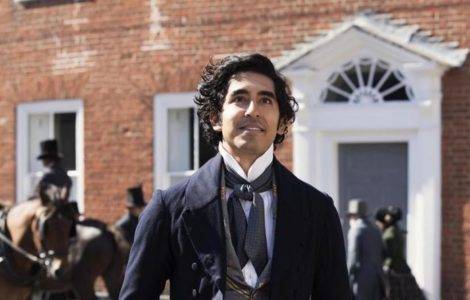