Things to make and do during lockdown…

Although the fine cultural establishments of East of England have temporarily closed their doors and lowered their curtains, many of them are still engaging with their audiences on a daily basis through a myriad of creative ways.

Ipswich’s DanceEast is running a full programme of its nationally-recognised dance classes for free on YouTube, while the National Centre for Writing in Norwich has seen record numbers of people subscribing to their world-leading courses and downloading their free resources for writers.

Elsewhere, the Norfolk & Norwich Festival refused to take its forced cancellation lying down. The event, which can trace its roots back to 1772, simply moved their wide-ranging repertoire online and on-air through their own radio station and various digital and social presences.

Undoubtedly, many of the regions theatres, galleries and museums face uncertain futures. However, the shows continue to go on, and this is a testament to the commitment and creativity of the staff and volunteers that work tirelessly to keep them running. For that, we are eternally grateful.

See below for how you can still enjoy the culture and arts of the east without having to bolt up the A12 (at least for the time being). 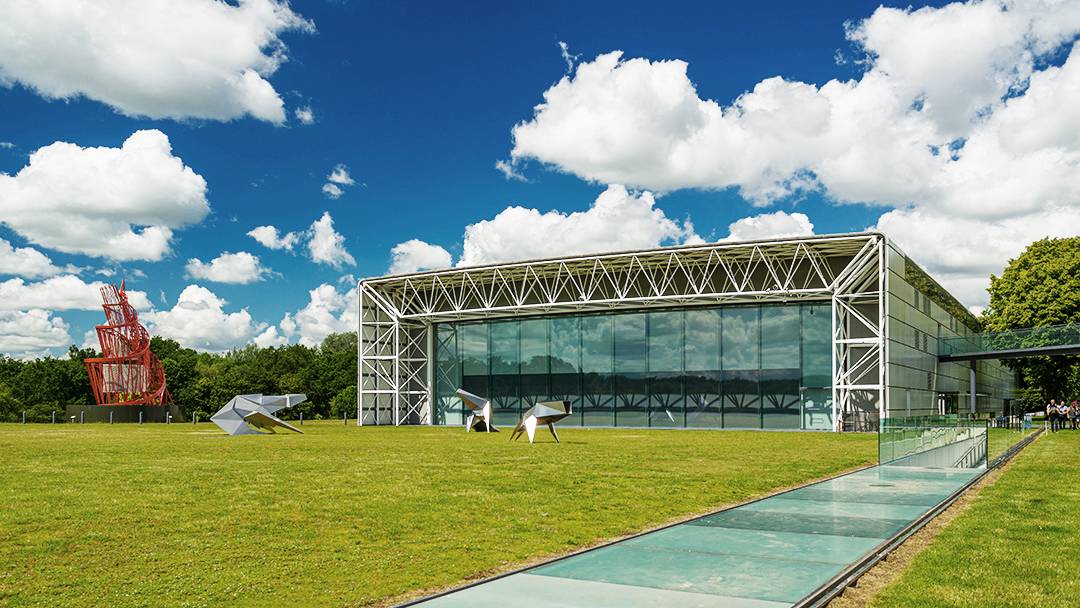 The Sainsbury Centre recently launched its online studio and is hosting a variety of free creative resources for all ages, as created by professional artists. In addition, the venue’s critically-acclaimed Art Deco by the Sea exhibition will be extended until September upon reopening. Meanwhile, highlights of the show are currently showing on BBC iPlayer. For those living nearby, the centre’s Sculpture Park (which features important works by Henry Moore and Antony Gormley amongst others) remains open, along with the 350 acres of parkland that encompass the University of East Anglia.
more information

Home is where the dance is 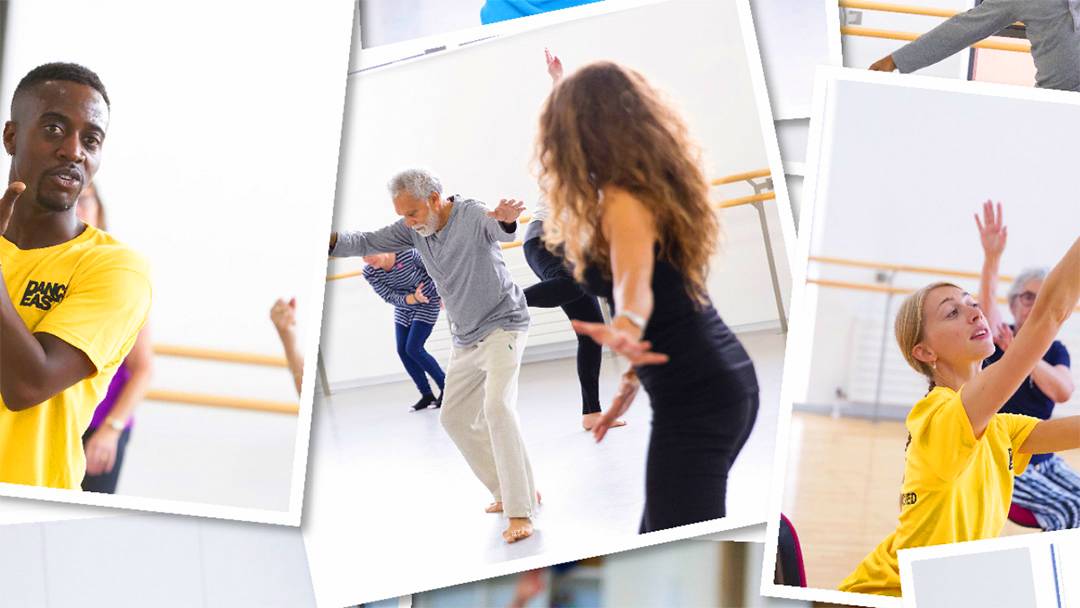 DanceEast’s waterfront HQ in Ipswich is temporarily closed, but that hasn’t stopped the east’s leading dance tuition and performance space from taking their classes online – and they’re all free! Classes start from 4-years up and include yoga, hip hop and ballet. The sessions last between 15 to 30 minutes and are available for 24 hours so you can rewind and repeat sections at your leisure. What’s more, you won’t have to think about dancing like there’s no one watching because, other than your nearest and dearest, no one will be.
more information

It’s the right time to write 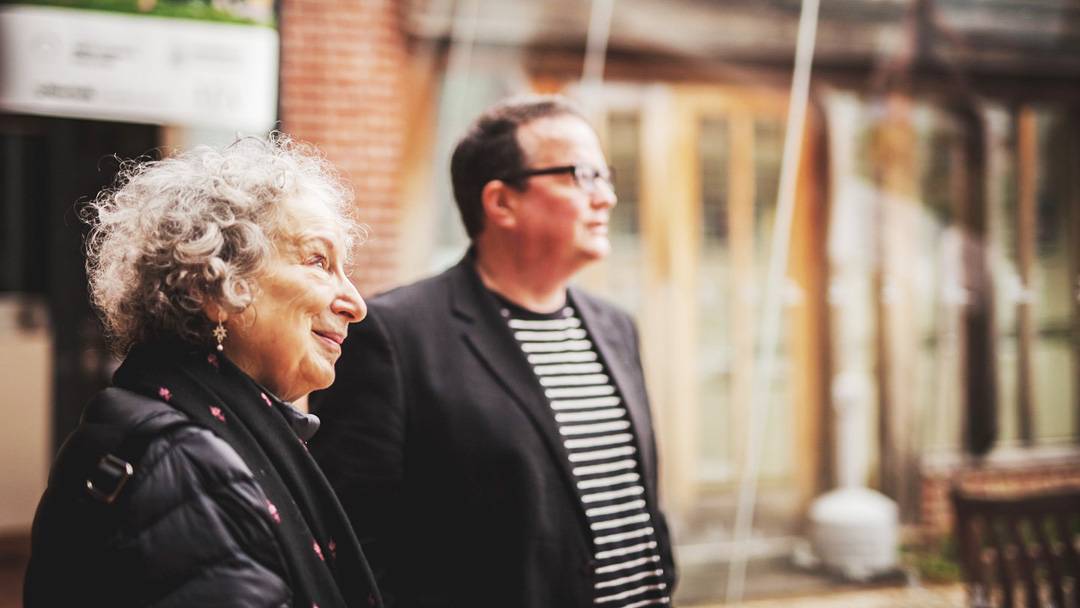 Since leading the bid that saw Norwich recognised as a UNESCO City of Literature in 2012, the National Centre for Writing has become the country’s main hub of creative writing, as well as an excellent resource and place of learning for writers of all ages, levels and styles. Since lockdown, the centre has made available its wide range of online resources for free, including top tips from such literary luminaries as the Booker Prize winning author of The Handmaid’s Tale, Margaret Atwood (pictured above at the centre) and Costa and Orange Prize shortlister, Monique Roffey.
more information

Enjoy the sites, sounds and memories of Snape 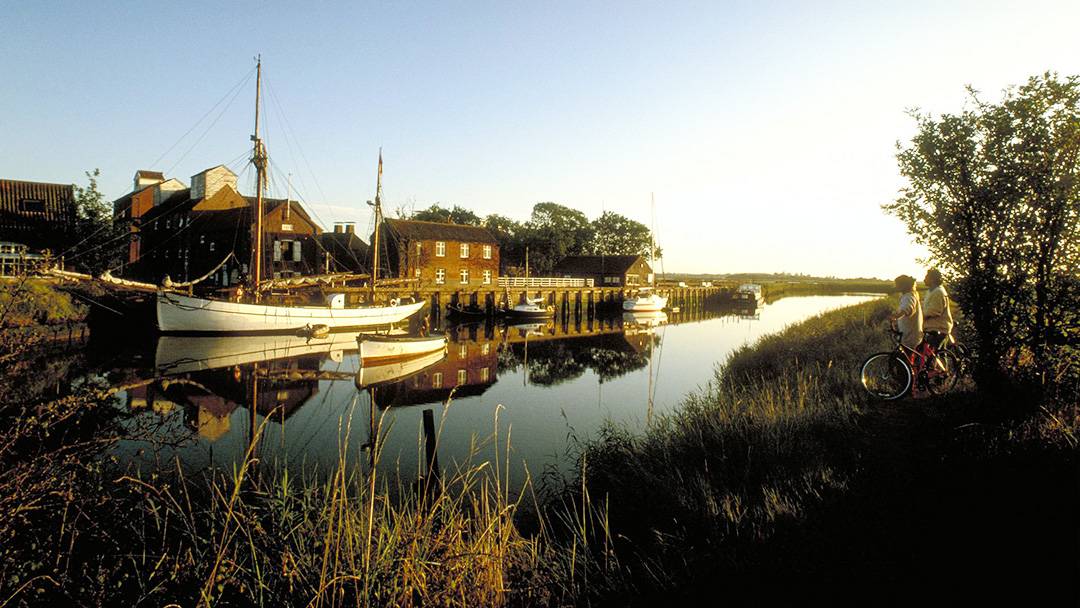 At this time of year, Snape Maltings would be gearing up for the world-renowned Aldeburgh Festival. However, without an international festival to run this June, organisers have been using their time to build an archive of festival memories that span the event’s 72 years – and they’re asking their audience to contribute. Also throughout the summer, the grounds of Snape Maltings would be attracting thousands of visitors to enjoy the chorus of bird song and the spectacular views along the River Alde. If you’re missing your trips to this area of outstanding natural beauty, fear not, Snape has produced in lockdown a remarkable aerial video highlighting the panoramic views and sublime sounds of the area.
more information

Get behind the creative curtain 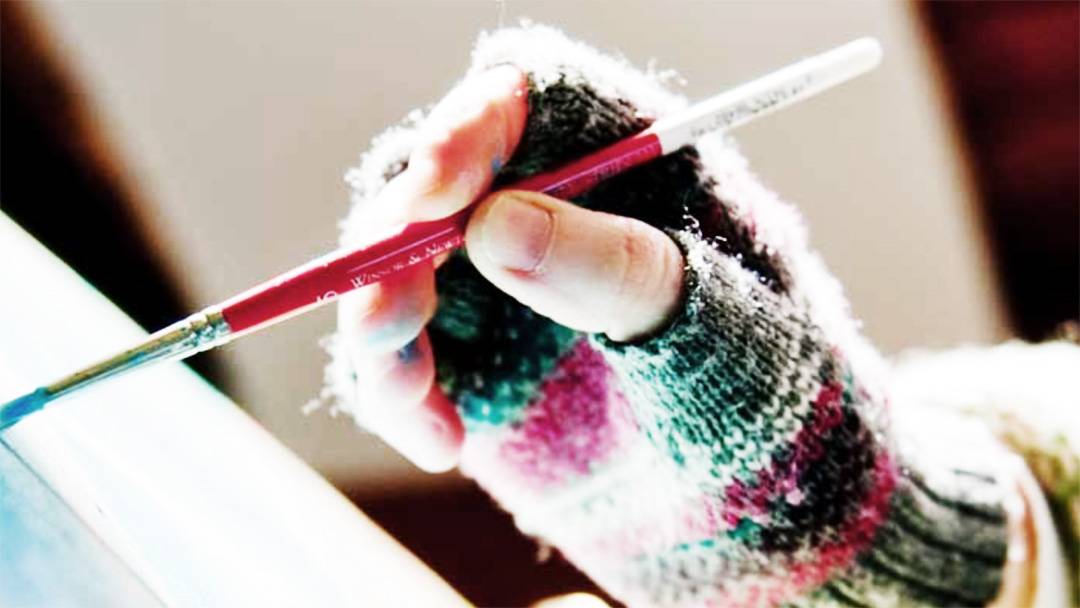 Usually taking place across May, the long-running, multi-venue Norfolk & Norwich Festival was one of the first major events to be cancelled. However, the bulk of the event’s programming was quickly repackaged and broadcast through their very own online station, Radio Local. Catch up here. One of the highlights of the festival is the Norfolk Open Studios event, which sees 50+ local artists opening their studio spaces to the public. Now taking place virtually from the 23rd May to the 7th June, the artists will welcome you into their creative spaces with virtual tours, video demonstrations audio recordings, photos and filmed stories.
more information

Much more fun than a Zoom wedding 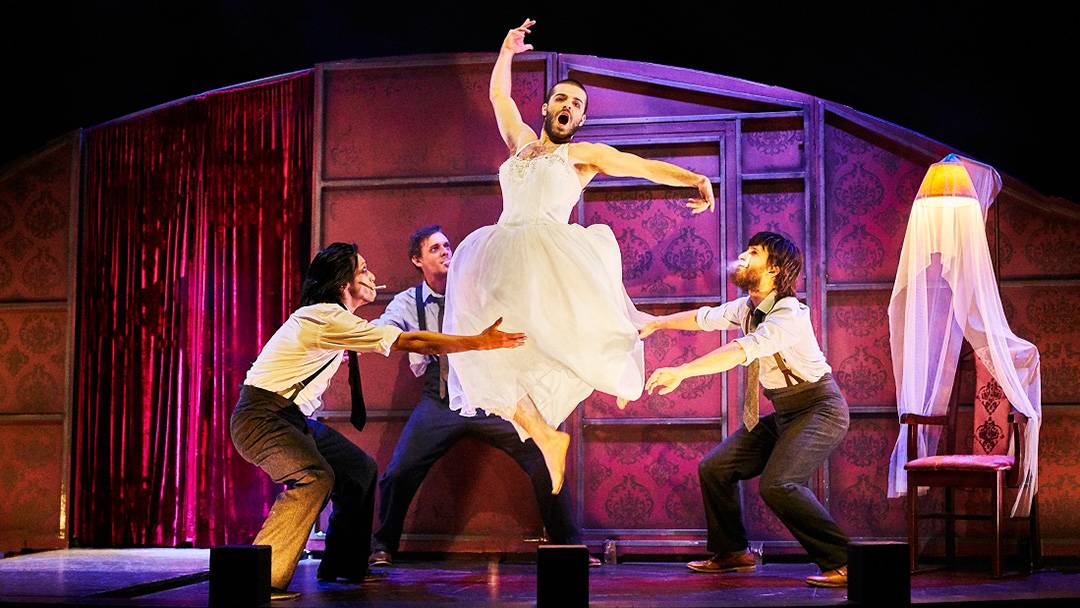 As one of the UK’s leading physical theatre touring companies, Ipswich based Gecko have been temporarily grounded by the lockdown. But thankfully, the company has an impressive archive to keep their audience enthralled during these uncertain times. Their first free online airing attracted over 6,500 viewers and, for their next presentation, they’ll be streaming their critically-acclaimed production The Wedding (premieres 27th May at 7pm via YouTube) – a performance they are hoping will draw in an audience of over 10,000.
YouTube link

Roll up, roll up, for free circus stuff 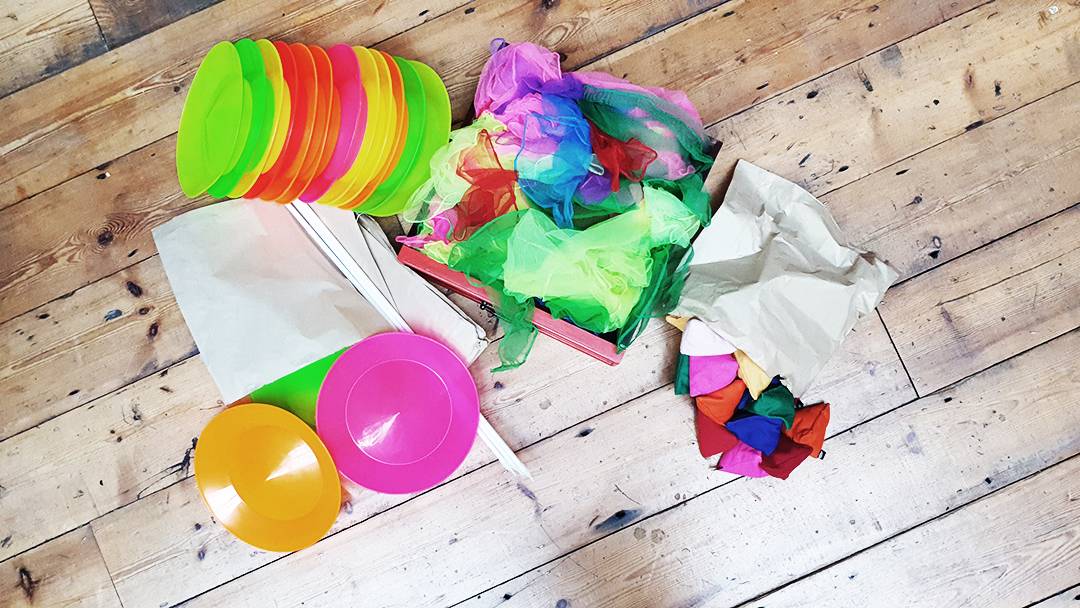 In an effort to promote a positive mental attitude, while introducing the Great Yarmouth community to new skills, Seachange Arts have generously been giving away circus equipment from their Drill Hall HQ. Bean bags, spinning plates and juggling scarfs are being bagged up and left out for collection between 10am and 4pm Monday to Friday. In addition, their Drillaz Circus School has been posting twice-weekly online tutorials, through which viewers can learn to handstand, juggle and even tightwire walk.
more information 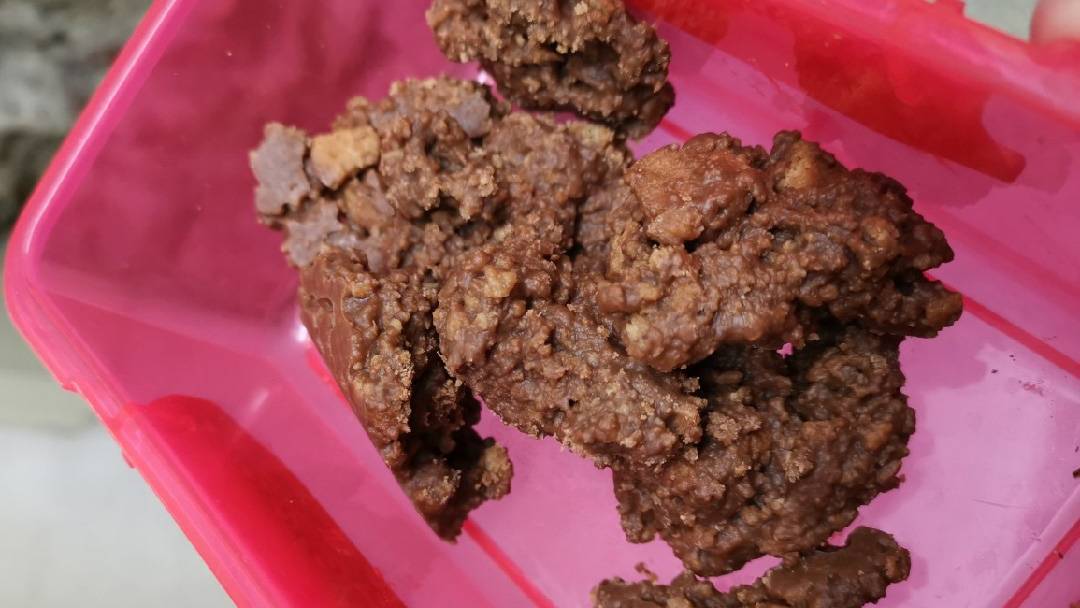 Although the doors of the excellent Colchester and Ipswich museums and galleries remain closed for the foreseeable future, their teams have been busy pulling together a series of rolling online activities that have been inspired by the museums’ comprehensive collections. From art to nature and archaeology to social history, there’s a plethora of educational and entertaining things to do for every age group, including making a cardboard Roman helmet and (our favourite) baking edible dinosaur poop.
more information

Do try this at home… 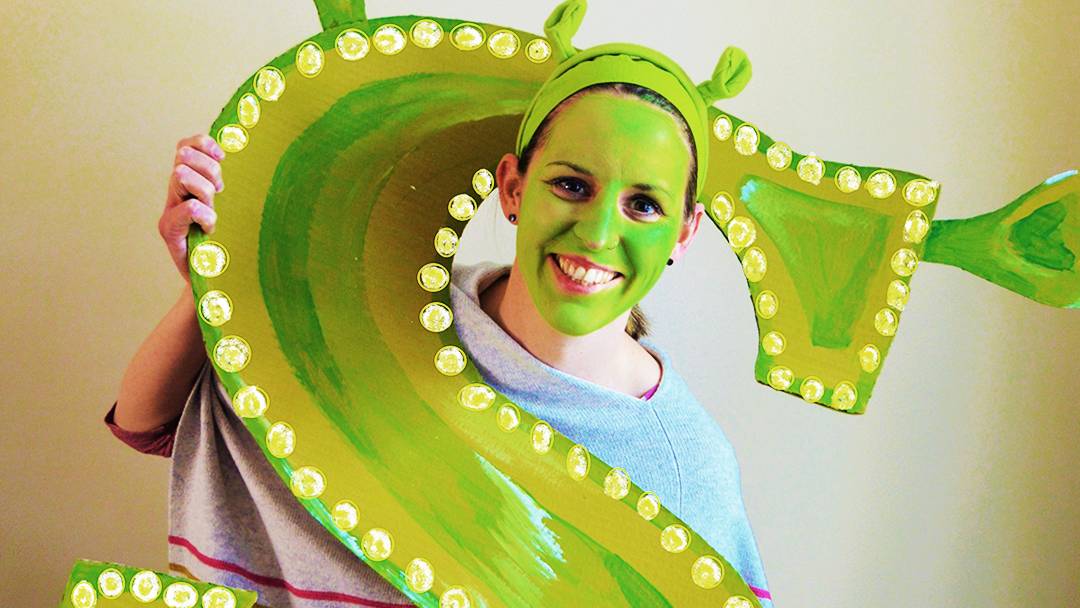 Under the banner of ‘Stage at Home Challenges’, the team at the Theatre Royal Norwich have been coming up with a raft of things to do from the creative and crafty to the downright physically punishing. Activities include panto karaoke, building props and eating a piece of fruit without the use of your hands. The latest challenge is to recreate your favourite theatre poster with whatever you can find at home. Click below to see some of the best entries so far.
more information 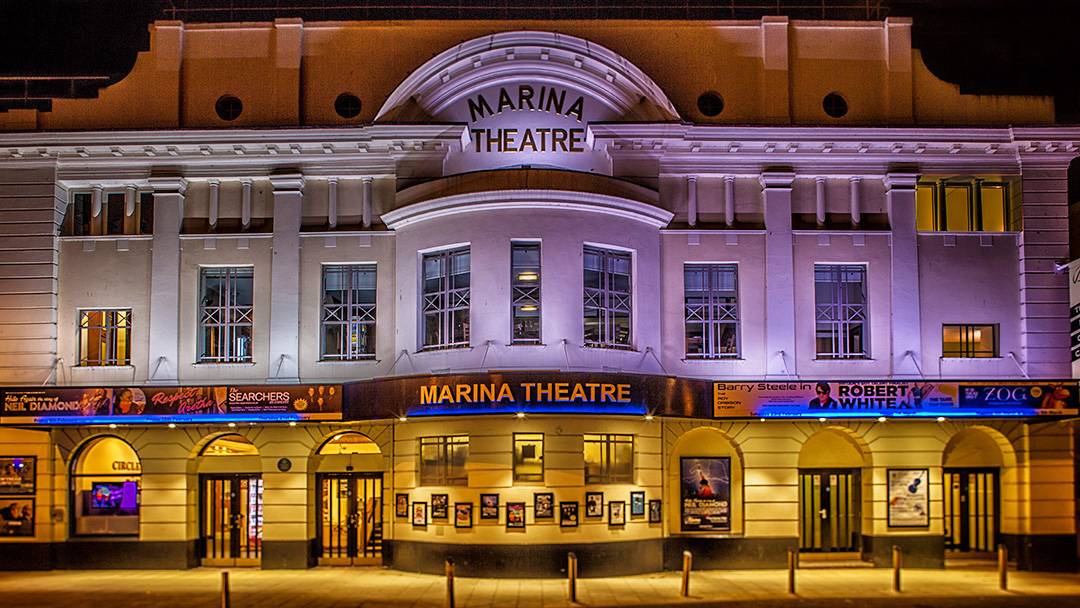 Lowestoft’s non-for-profit Marina Theatre has embraced YouTube and enlisted its staff members, panto casts and volunteer army to keep morale up in the Suffolk seaside town. Award-winning scriptwriter, James McDermott, has been giving online tutorials, while local drag sensation, Fanny Galore, is helping people create their own saucy drag names. As a registered charity, the Marina’s ongoing survival is heavily dependent upon the generosity of its audience. For more information about making a donation, please visit the theatre website.
Marina TV YouTube channel 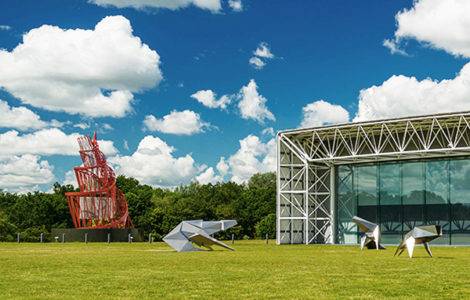