Walk in the footsteps of Suffolk women past and present who have smashed expectations and led change in their communities, careers and countries throughout history.

Explore the pioneering work of activists, doctors, archaeologists, pilots and many more moving and poignant stories of Suffolk women breaking down barriers.

In 1885 The Criminal Law Amendment Act was passed which included measures to criminalized same sex activity between men, there was no mention of women. According to legend this is because when the draft legislation was shown to Queen Victoria she refused to sign unless all mention of women was removed, as ‘women don’t do such things!’.

This exchange is highly unlikely to have ever happened, but the phrase lives on as an example of attitudes towards the long lived, rigid expectations of women’s behaviour, characters, and the lives they could live.

Through this exhibition walk in the footsteps of Suffolk women past and present who have smashed these expectations and led change in their communities, careers and countries throughout history.

Explore the pioneering work of activists, doctors, archaeologists, pilots and many more moving and poignant stories of Suffolk women breaking down barriers.

We are delighted to announce that we will be borrowing from Manchester Town Hall the work ‘Women Like You’, a photo mosaic portrait of the leader of the suffragette movement, Emmeline Pankhurst, produced by Suffolk artist Charlotte Newson. The work is made up of photos representing what women of today want in comparison to the suffragette movement over 100 years ago.

We are delighted to be featuring a range of community artworks in the exhibition. In particular a selection of works produced by members of the More than Mum group run by the Future Female Society which provides support to women to enable them to reach their full potential. The women produced artworks which reflected themselves and their own personal journeys.

As well as showcasing inspiring women from Suffolk’s past the exhibition will showcase female leaders in the community today. Including Franstine Jones who in the new year’s honours was awarded a BEM for her work as a volunteer and trustee at the National Black Police Association and for her services to Black, Asian and Minority Ethnic communities in Suffolk.

The exhibition will be accompanied by a full programme of events including Inspiring Suffolk Women Day which is a free day of talks, workshops and more led by local community and support groups to inspire, motivate and engage. The event will be held at the Hold on Saturday 5th March 10-4pm including lunch and refreshments.

(Suffolk Archives at The Hold, Ipswich, Suffolk till 19 June) 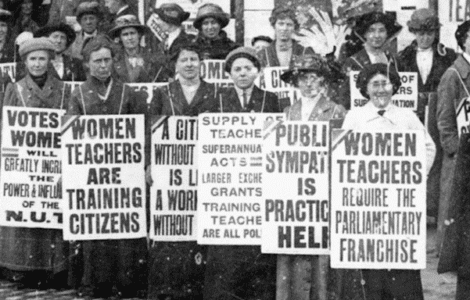