How Europe helped make the East of England

Why the East of England loves Europe

The East of England has attracted Europeans for more than two thousand years – the North Sea has always been a carrier, not a barrier. They included the Romans and Normans, who have left a lasting legacy of European contact that can be explored today.

Further back in time, the East of England was the last part of the British Isles still joined to the Continent, as little as 8000 years ago. The final land bridge was from the north east coast of Norfolk and in recent years it has revealed itself to be a remarkable living landscape museum, offering up 850,000 year old human footprints (perhaps the first tourists to the UK!), the world’s largest mammoth skeleton and a flint axe that was the Swiss Army knife of its day. This is Deep History Coast.

More recently, the East of England welcomed religious exiles from the Low Countries and Dutch engineers to drain marshland and create harbours.

And in the last century, the US Mighty Eighth Air Force was based in the East of England – more than 350,000 servicemen transitioned through the region during the second world war in the Allies’ fight to rid Europe of Nazism. This was The Friendly Invasion.

A rich heritage built on commerce and friendship, the East of England will always be friends of Europe and be afforded a very warm welcome. 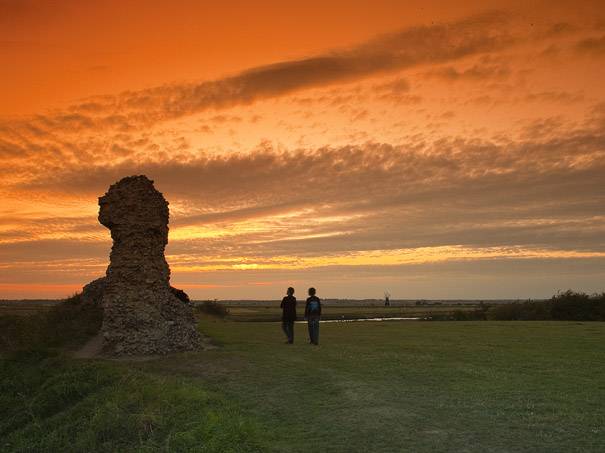 First here were the Romans from modern-day Italy, conquering England in AD43. Colchester is the oldest recorded town in the country, the Romans’ first fortress, and was for a time capital of Roman Britannia. The Romans named it Camulodunum which later gave rise to the name Camelot, of King Arthur legend.

In AD61 Queen Boudicca and her Iceni warriors attacked and destroyed the garrison, but it was rebuilt with strong stone walls, some of which still stand. 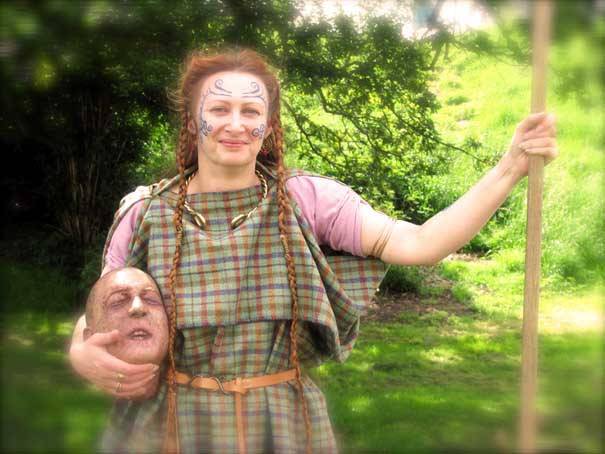 There are more Roman remains in Norfolk, including Burgh Castle in the Norfolk Broads, a stone fortress at the mouth of the Yare estuary near Great Yarmouth from which Roman ships could sail all the way up to the town of Venta Icenorum, ‘the market of the Iceni’, near Norwich. As Boudicca’s capital it could be that after her defeat, the Romans built their own town in place to show their authority. Boudicca’s defeat ushered in 350 years of rule.

There is an exhibition of Boudicca and the Romans at Norwich Castle & Museum.

Romans, Boudicca and Iceni in Norfolk

East Anglia, as the East of England is also called, was named for the Anglo Saxons who came next, Germanic tribes that settled here during the Middle Ages, forcing the Britons west. England itself derives from the Old English ‘Englaland’, or ‘land of the Angles’. Norfolk and Suffolk were the ‘north folk’ and ‘south folk’ of the East Angles.
Beginning as invaders, they quickly settled as farmers and began building distinctive round tower churches – 185 survive, 124 in Norfolk alone.

The most famous Anglo-Saxon remain was only unearthed in 1939, a royal ship-burial at Sutton Hoo on the river Deben near Woodbridge.

You can see how they lived at West Stow Anglo-Saxon village close to Bury St Edmunds. Bury St Edmunds is named after Saxon St Edmund, or Edmund the Martyr, who was king of East Anglia from 855 until killed by heathen Vikings on November 20 869. Edmund was the first Patron Saint of England and Bury grew rich on his reputation – it is a magnificent ‘Wool Town’ to this day. 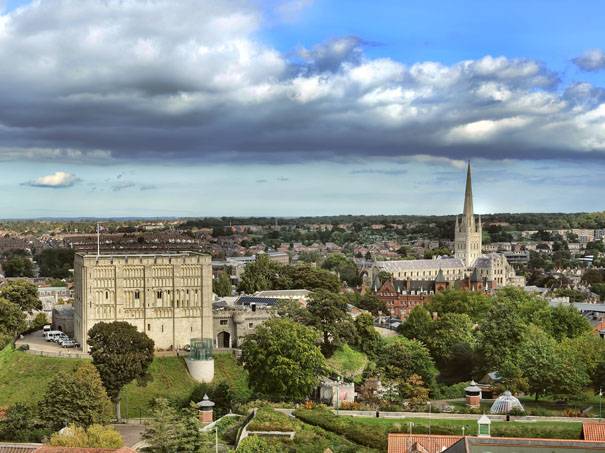 The Norman Castle and Cathedral dominate the Norwich skyline

The Normans, named for Norsemen from Scandinavia, took England in 1066 after King Harold was defeated at the Battle of Hastings. William the Conqueror quickly realised the wealth of East Anglia and built his only Royal Castle in the region at Norwich.

Norwich is the best-preserved medieval city in the UK, and the imposing castle still dominates on a man-made hill, as the Normans intended. Today it is a museum and gallery. The Gateway to Medieval England project will restore the Norman Great Hall to show the lavishly-decorated room that King Henry I saw when he visited the castle in 1121.

Nearby is the magnificent Norman cathedral, which has the second highest spire in the country (after Salisbury) and the largest cloisters.

The Normans left behind other significant buildings, including Framlingham Castle in Suffolk and Ely Cathedral in Cambridgeshire. You can see how they lived at Mountfitchet Castle and Norman Village.

King’s Lynn has more graded buildings than any other town in England, and that’s entirely down to their close medieval trading links with the Hanse ports. Herring, timber, wax, pitch and iron arrived on Hanseatic ships. Wool, skins, lead and cloth were taken to Danzig and other German harbours; grain was taken to Flanders. The town was called ‘The Warehouse on the Wash’ and many of the buildings from those days remain in the historic riverside quarter. 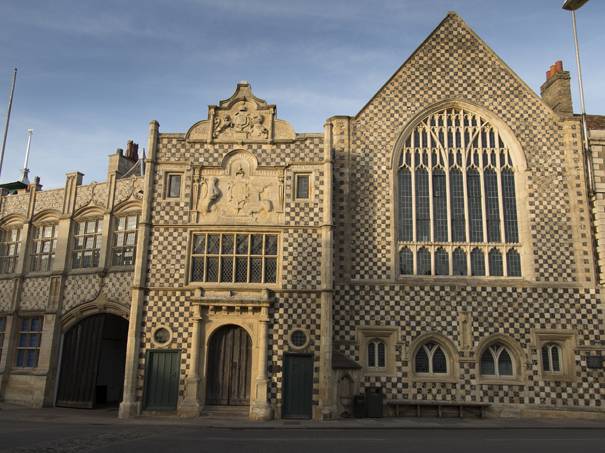 The Trinity Guildhall in King’s Lynn

In medieval times the East of England grew rich from the wool trade and close connections were made with the Low Countries. From 1567, the region welcomed Dutch and Walloons fleeing The Spanish Inquisition. By the late 1570s one in four people in Norwich was a refugee who were known as ‘Strangers’. ‘Strangers’ Hall stands to this day.

The East of England saw an influx of Huguenots, French Protestants, in the late 16th century and then a second wave in 1685, again escaping religious persecution.

At the same time Dutch engineers were draining the Cambridgeshire Fens, creating rich arable soil, and creating a permanent harbour’s mouth at Great Yarmouth. You can also see the Dutch influence of Gable buildings across the region, particularly in Great Yarmouth, Norwich and King’s Lynn. 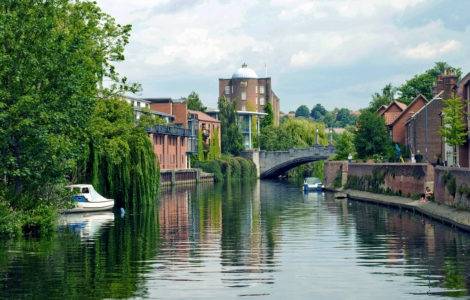