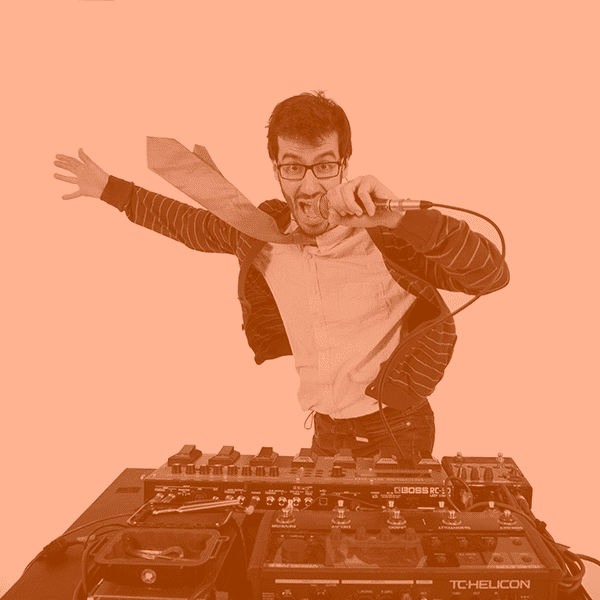 SK Shlomo is a world record-breaking beatboxer and music producer who has been described by The Guardian as, ‘jaw- droppingly good’.

The musician, who originally started out as a jazz drummer, has written for choirs, stage shows, films and adverts, as well as collaborating with Björk.

See, Make & Do is all about getting families to experience the arts and explore their creativity. What inspired you to follow a career in the arts?
I’m a beatboxer, which means I make music with my mouth – for me it originated from being a kid obsessed with drumming and not being allowed to practice my drums, so I used my voice instead.

What’s the best piece of advice you received on your way up?
Don’t do it for the money – if you persevere and innovate in the artform that you love, the money will come.

What advice would you give to anyone starting out on a creative journey?
Remember that failure is a key part of succeeding – don’t let your setbacks put you off. Every single person you look up to is where they are now because they failed and learnt from it.

When you get stuck on a creative problem, how do you find a solution?
A change of scene can help, make a cup of tea or work on something else for a while. Your subconscious part of your brain is way cleverer, so let it work its magic instead of beating yourself up for getting stuck.

If you had the time, what new creative project would you like to pursue?
Right now, I’m making a brand-new gig-theatre show – it’s a coming of age story about the history of rave, which I’m loving. I’m also planning to
do a new studio project this month and to live stream the whole thing, just for fun.

Shlomo is appearing at and hosting a beatbox workshop at the New Wolsey Theatre on Sunday 16 February.