Top 10 destinations to see art in the East of England 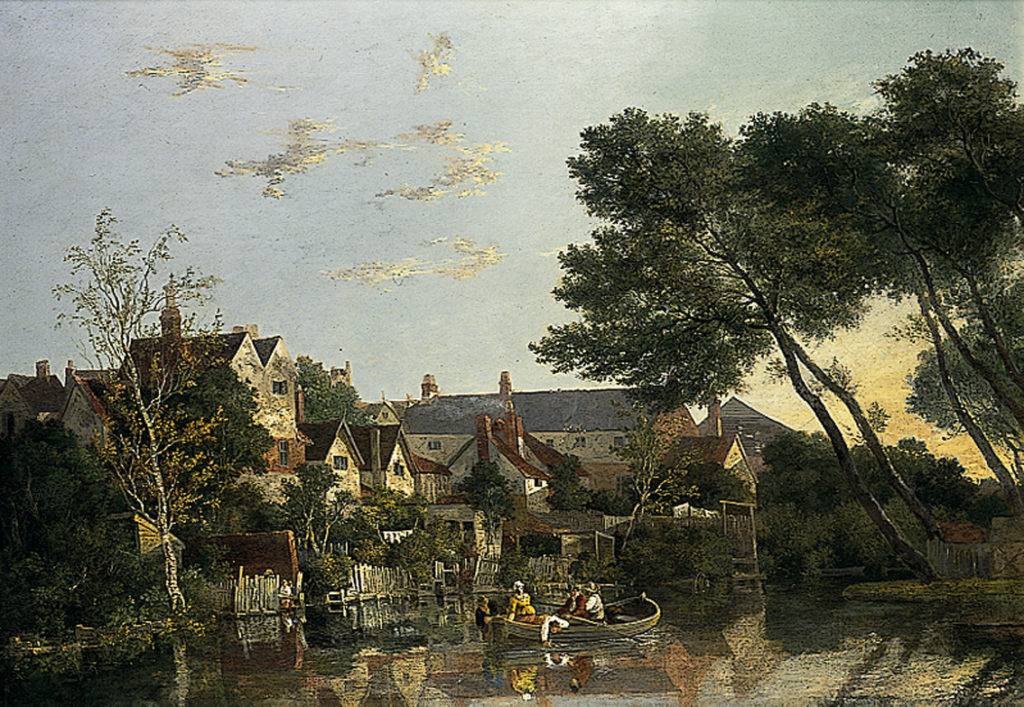 Norwich Castle Museum & Art Gallery is not just an historical gem, one of the best preserved Norman castles in the UK, but it also has impressive art galleries. It is also home to some superb fine art, such as Norwich River: Afternoon (above) by founding master of the Norwich School John Crome. It has many works by John Sell Cotman, one of the most original watercolourists of the nineteenth century. 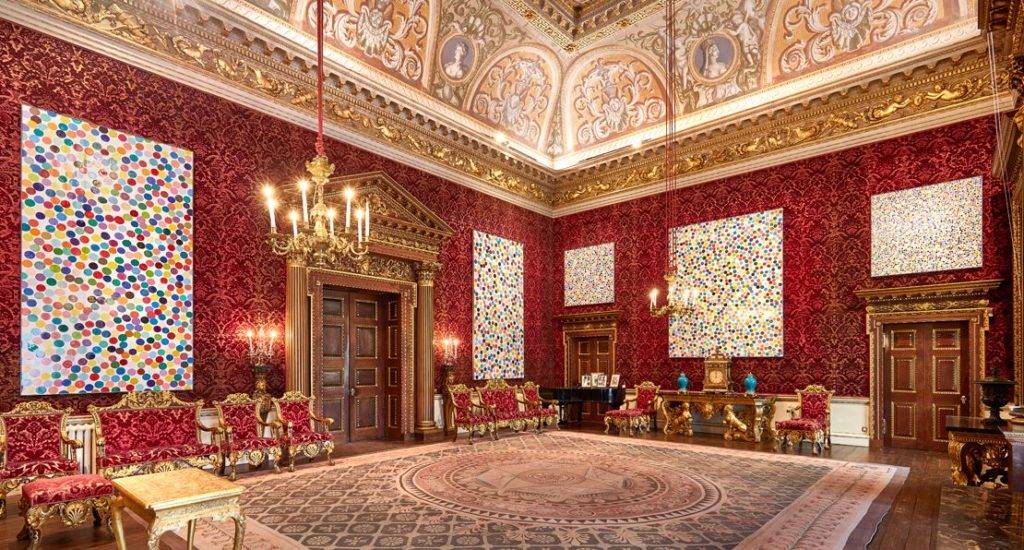 Built in the 1720s by Sir Robert Walpole, Britain’s Prime Minister, Houghton Hall is one of the country’s finest Palladian houses. The gardens and park are also beautiful and include some stunning modern artworks including pieces by James Turrell and Richard Long. Look out for the Model Soldier Museum too. In recent years Houghton has hosted some blockbuster shows including Hermitage Revisited and Damien Hirst (above). 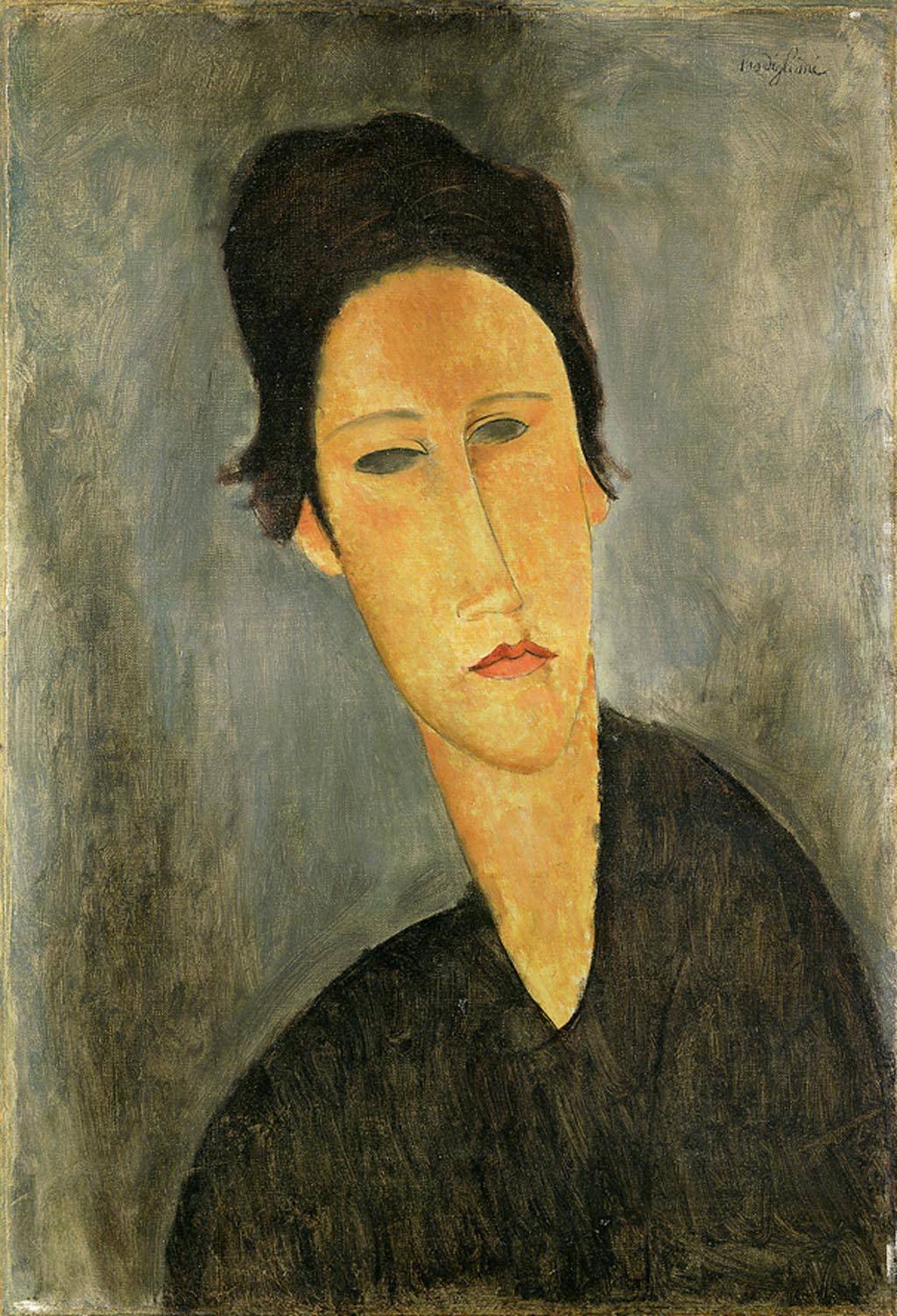 The Sainsbury Centre for Visual Art is a world-class exhibition site at the University of East Anglia, designed by Norman Foster. The Robert and Lisa Sainsbury Collection has modern European art interspersed with works from across the globe, spanning 5,000 years of human creativity. Look out for works by Henry Moore, Alberto Giacometti, Francis Bacon, Pablo Picasso, Edgar Degas and Amedeo Modigliani, including Head of a Woman – Anna Zborowska, (above). There are also special exhibitions, which change every few months. 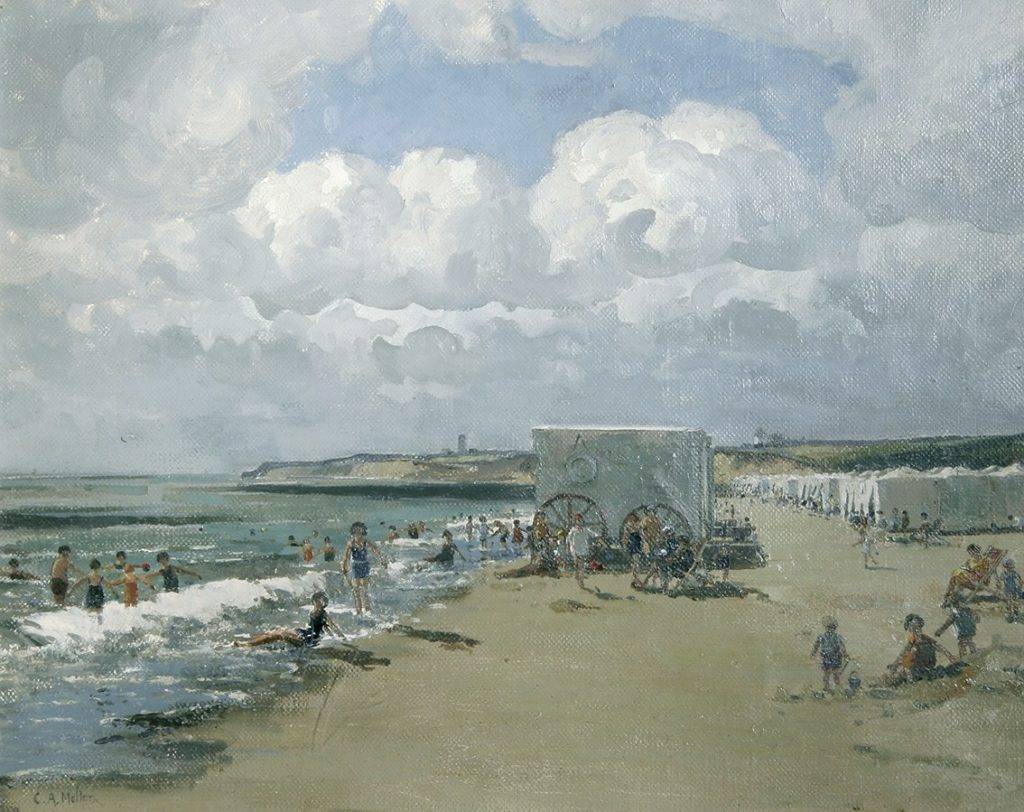 The Mo Sheringham Museum tells of the town’s history through its people, boats and art. As well as three lifeboats, which served the town over 150 years, there are fishing boats and crab boats made by local boat builders. Displays about the history of Sheringham include objects such as the zeppelin bomb which hit the town in the first world war. Paintings include The Fishing Smack Gannet by John Craske and The Holiday Season by Campbell Mellon (above).

There are many reasons to visit Norwich Cathedral, but don’t miss the treasured 14th century Despenser Retable (above) behind the altar of St Luke’s chapel. The painting, depicting the death and resurrection of Christ, went missing for 300 years after the Puritan days of the 16th century. This altarpiece is Norfolk’s greatest surviving painted treasure from troubling times. It was only rediscovered in 1847 when someone in the cathedral dropped something on the floor underneath a table, looked up… and there it was! To save it from being destroyed, someone had nailed the painting face down to hide it! 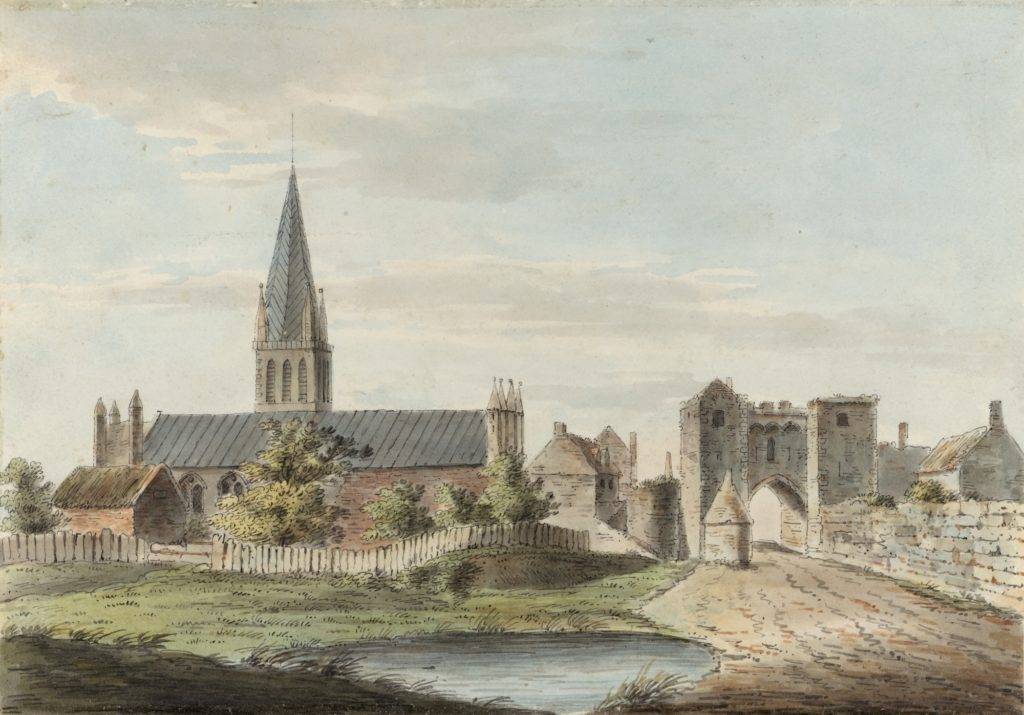 Ipswich has long held the largest collection of Constable works outside London, with over 30 works on permanent display at Christchurch Mansion, resulting in a unique collection of Constable’s life and work. After immersing yourself in Constable’s paintings in Ipswich, you can explore the landscape that inspired them: Constable Country. Set within Dedham Vale, one of Suffolk’s two Areas of Outstanding Natural Beauty, Constable Country encompasses East Bergholt and the surrounding countryside and villages, and two of the best ways to explore are on foot or by bike. Above is ‘Yarmouth Church’ by John Constable, watercolour on paper, c.1794 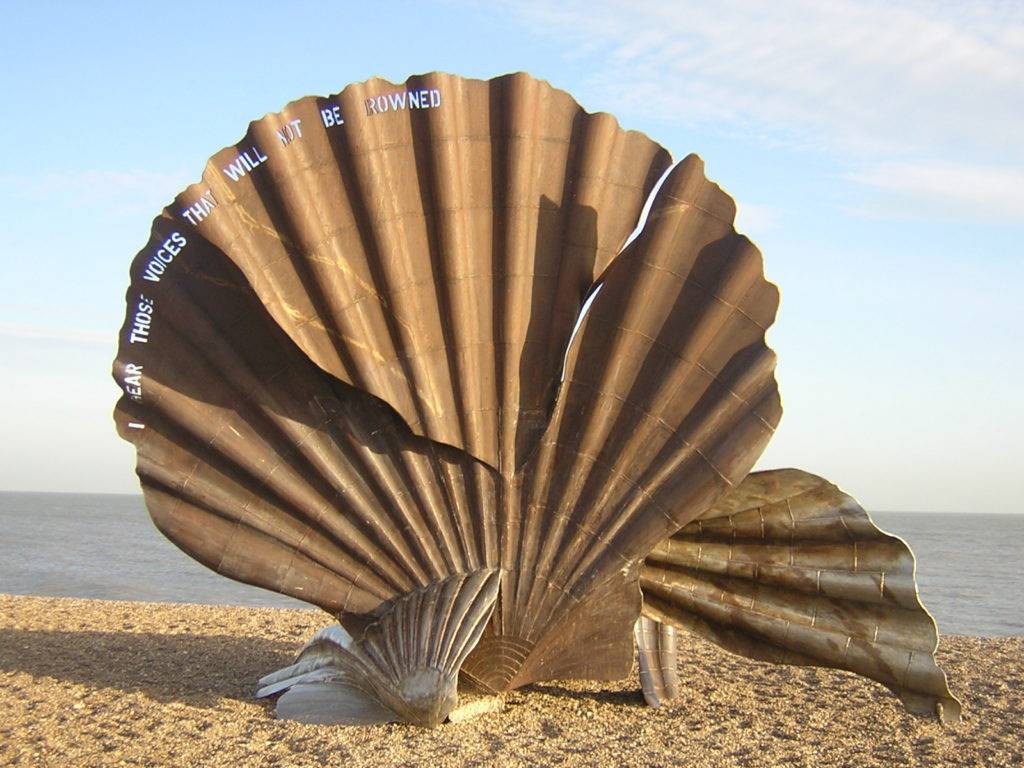 Maggi Hambling CBE is one of Suffolk’s most famous artists, and the sculptor of the iconic stainless steel scallop on Aldeburgh beach. Maggi developed a strong association with the river-carved landscape of south Suffolk. Her portraits gained her worldwide recognition in the 1980s. Many are now housed in London’s National Portrait Gallery, The British Museum and Tate Collection. Her landscape watercolours of the River Orwell are well-known and it was in 2003 that The Scallop was unveiled on Aldeburgh beach. The 3-metre tall, stainless steel iconic sculpture is a tribute to the great Suffolk composer Benjamin Britten who founded the Aldeburgh Music Festival. 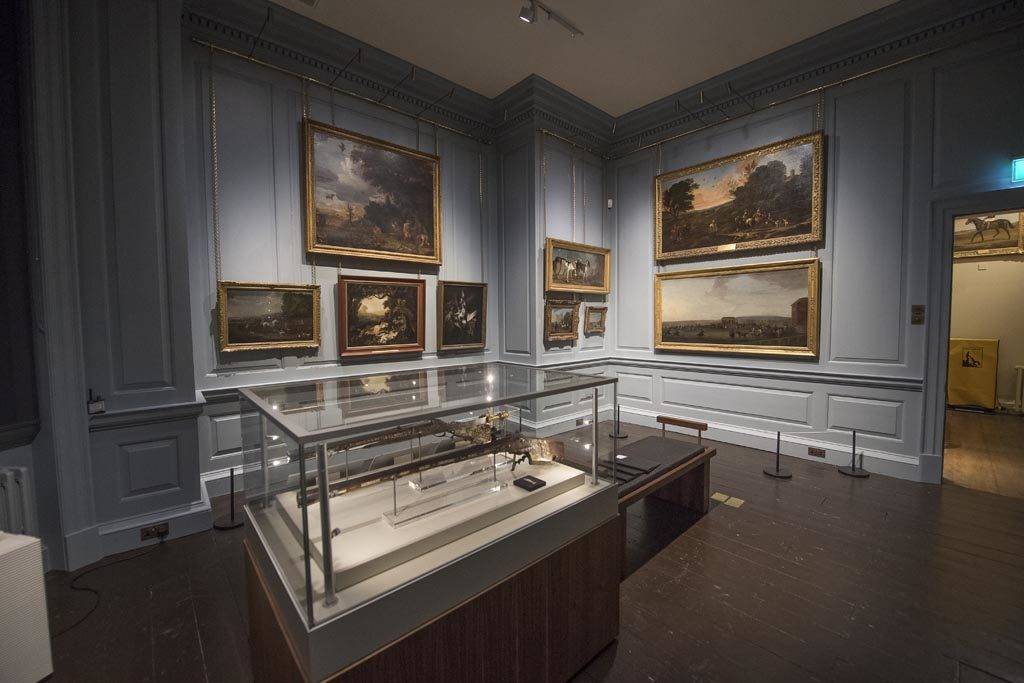 Newmarket in Suffolk is the birthplace of British horseracing and home to the new multi-million pound, five acre visitor attraction National Heritage Centre for Horseracing and British Sporting Art. It has three complementary attractions: the National Horseracing Museum in the Trainer’s House and King’s Yard Galleries, Packard Galleries of British Sporting Art in Palace House, and a chance to meet former racehorses in the flagship home of Retraining of Racehorses. There are daily demonstrations in the Peter O’Sullevan Arena, special exhibitions and family trails, a restaurant, bakery and shop. 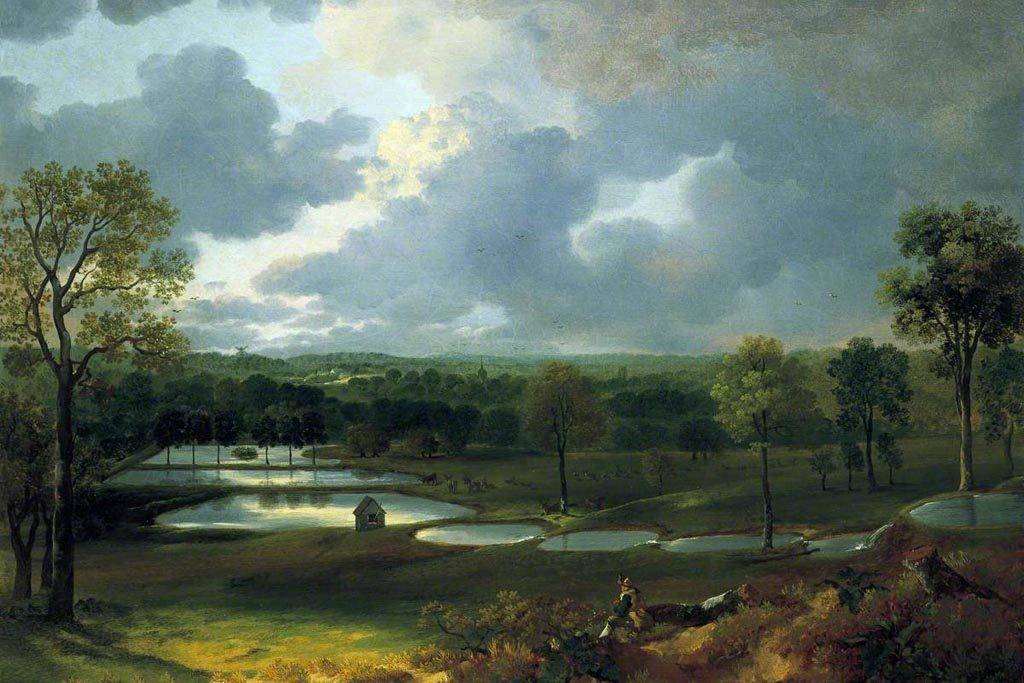 Gainsborough’s House in Sudbury explores the life and art of Thomas Gainsborough, and in its walled garden you can spot the ancient mulberry tree planted by the master himself in order to produce silk. Unfortunately, it is not the right kind of mulberry tree and today you can purchase the jam proffered from this famous natural landmark. Explore inside the house, ‘a most excellent Brickt Mansion’ from the 1700s, where some of his finest works are on display, as well as works of art by his contemporaries. Pictured is his Holywells Park, Ispwich.

Founded in 1816, The Fitzwilliam Museum is the art and antiquities museum of the University of Cambridge. It includes one of the best collections of antiquities and modern art in western Europe. It is a must-visit if you’re in the city. As well as the permanent collection, The Fitzwilliam hosts exhibitions and puts on special events throughout the year. While in Cambridge you could also visit Kettle’s Yard, a beautiful and unique house with a distinctive collection of 20th century art and a gallery exhibiting contemporary and modern art. 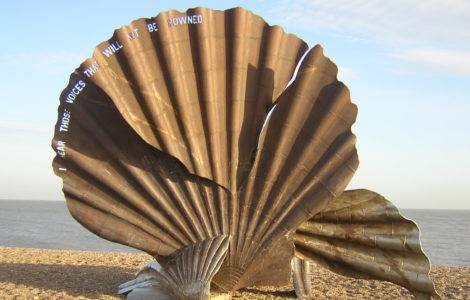